A low pressure, BB-1, has formed off the Odisha coast in the Bay. It is estimated at around 998 mb initially. Expected to move NW and merge in the Monsoon Axis.

An UAC has also formed in the Arabian Sea South of Gujarat, at the 500/700 mb levels. This UAC, is expected to descend to sea level and maintain a circulation at the upper levels also.

The UAC in the Arabian Sea and the BB-1 with its associated UAC will form an upper air monsoon axis running West-East between the 2 UAC's.
The Sea Level Monsoon axis (Currently roughly along the Monsoon progress line) is now expected to move Northwards.

The South West Monsoon is moving into Gujarat state, Southern regions of M.P., Chattisgarh., and central Odiasha. These regions will see the Monsoon advance on 18th June in totality.
Very heavy rains are likely in Odisha, Coastal A.P.  on Thursday and Friday. Potential of very heavy rains in Telengana and Vidharbh on Saturday and Sunday.

The Monsoon will move into Bengal (Kolkata), and rest of M.P, and Odisha around 19th/20th June.

The West Coast trough will strengthen and will have the UAC at its Northern tip by 19th June.
Persistent gradient, and tilting lower with height, a Low will form in the Mid Arabian Sea almost W/SW off Gujarat State by 20th.

Mumbai: Wet Days ahead for the  city. Next few days, Thursday, Friday and Saturday will see "on off Showers" in regular intervals. With an average daily rainfall of around 25 mms. We will review the situation and see the behaviour of the UAC and West coast trough next 2 days.
But, as of today, for Sunday and Monday, I estimate an increase in Mumbai rains to a daily average of 80 mms . So, next 6 days (till Tuesday), we can expect 250 mms cumulative.

Eastern Outer Townships of Mumbai will see increase in rainfall from Friday thru Sunday. Heavy showers on Saturday and Sunday.

Pune: Pune, wait for 2 more days for rains to increase..Friday, Pune can expect fairly good rains , at least 25-30 mms with thunder. Again, Friday night thru Saturday will be rainy with another 60 mms. Cool day on Saturday and Sunday, not exceeding 25/26c.

Surat: A comparatively dry patch of 3 days with little rain. Will be broken on Sunday evening with showers.

Kolkata: As monsoon creeps into the City of Joy, Thunder showers expected on Saturday 20th and Sunday 21st. As the system BB-1 tracks away, we may see a decrease in precipitation Next week...keeping options open.

Bhubaneshwar: With the Monsoon moving in, except for the odd thunder showers on Thursday, we see real increase in precipitation from Saturday (maybe evning).

Gaurav Raninga...you have mentioned of erratic rains in 2013 in Gujarat...and wondered why >....See 29th Sept post for rain amounts and 30th Sept post for an explanation in our meeting then..see here
http://www.vagaries.in/2013_09_01_archive.html

sir any update regarding monsoon rains in karachi and sindh (pakistan)?

Delhi may have sweltering days resultant to all this with monsoon at footsteps?

Personally think Mumbai will get more than 25mm rains average next 2 days. Extremely heavy rains in Orissa coast and south konkan next 2 days.

We are getting heavy rain today since afternoon in mumbai..was stuck in traffic for almost 1 hour.

Konkan/Goa very heavy rains - 150mm 24 hrs @ many places... SVT seems to be correct. Apparently coastal KAR continues to be deficit, Augumbe also going down with deficit of -600mm... Guess next few spells + Bay low will trigger Mumbai/konkan/Goa in excess zone with entire Vidarbha/Marathwada getting into normal zone along with GUJ. So june will be normal at least for MAHA/GUJ

Heavy rains in Mumbai way ahead compared to last year

Comparing last Jun 2014 with this June 2015 mumbai us witnessing heavy downpour...All over India monsoon as per imd till 18 06 2015 is 10% excess....early days to reach any conclusions bt let's hope this is better season for entire India against swm 2014.

santosh Verma; I expect rainfall to increase in Bhopal from Monday..and maybe around 60 mms on Mon/Tuesday and Wed cummulative

Faraz Ali Khan: Still Sindh will have to wait for Monsoon..till end June. But, South Sindh coast will get some light rains on Sunday and Monday.Light rain or clouding possible in Karachi on Sunday/Monday.

Weather for Pilots - 01 - Layers of the Atmosphere 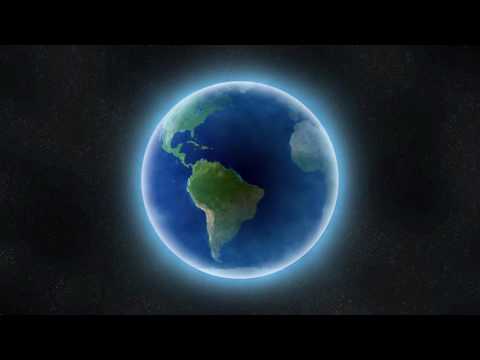