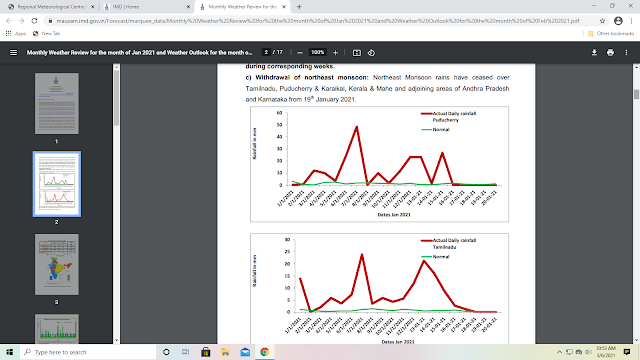 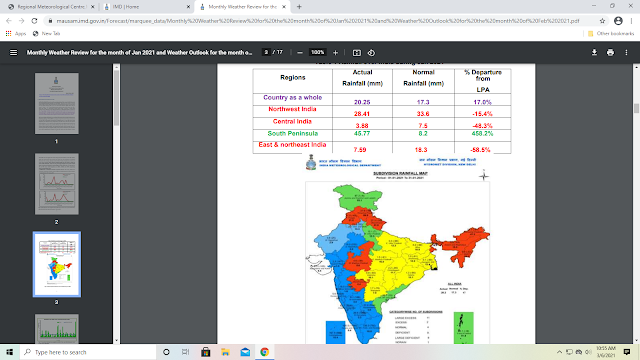 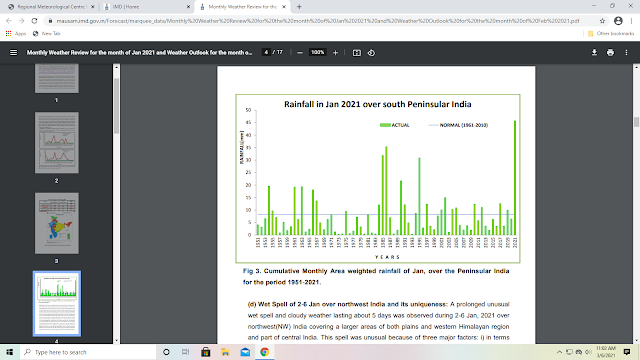 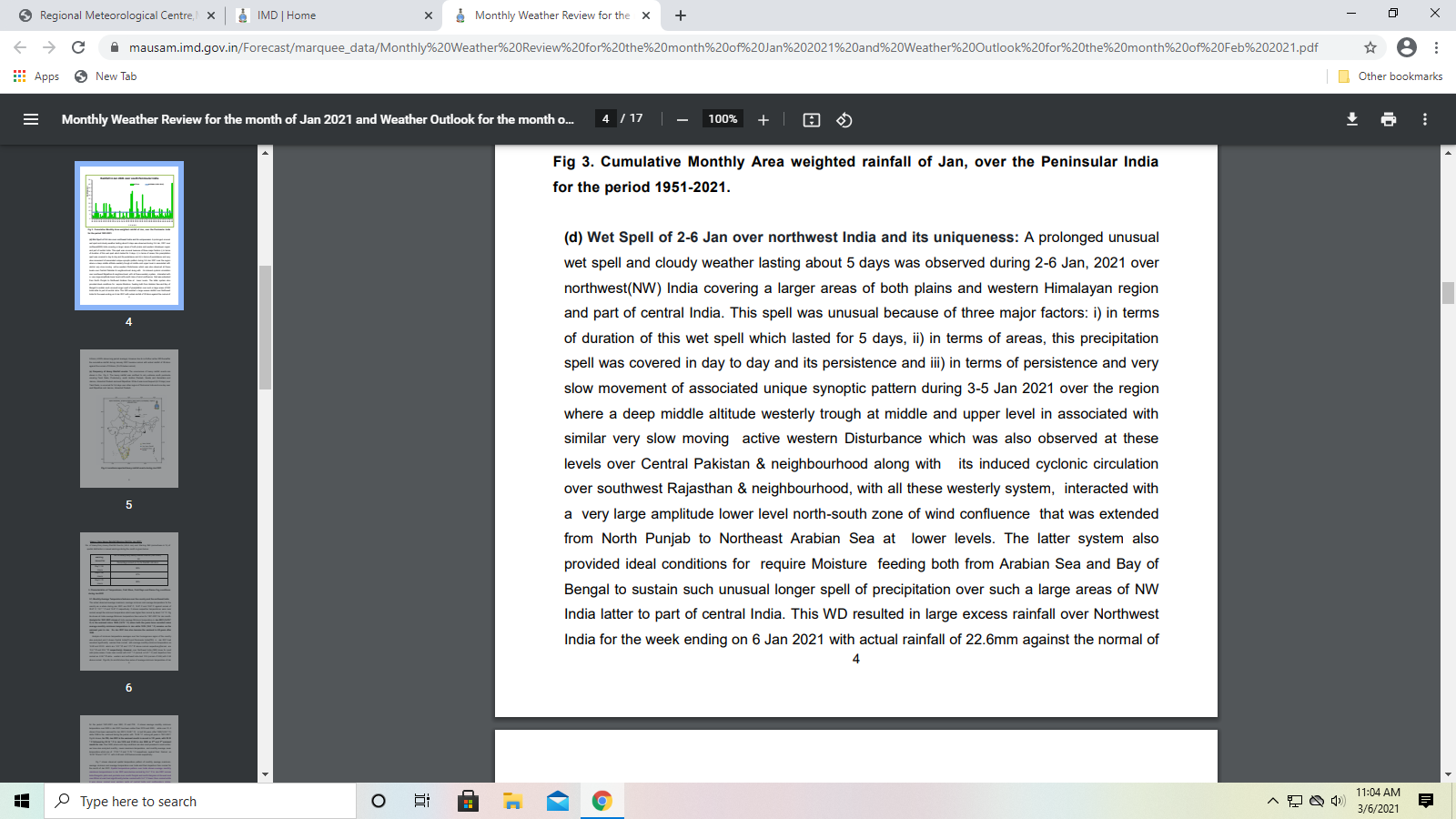 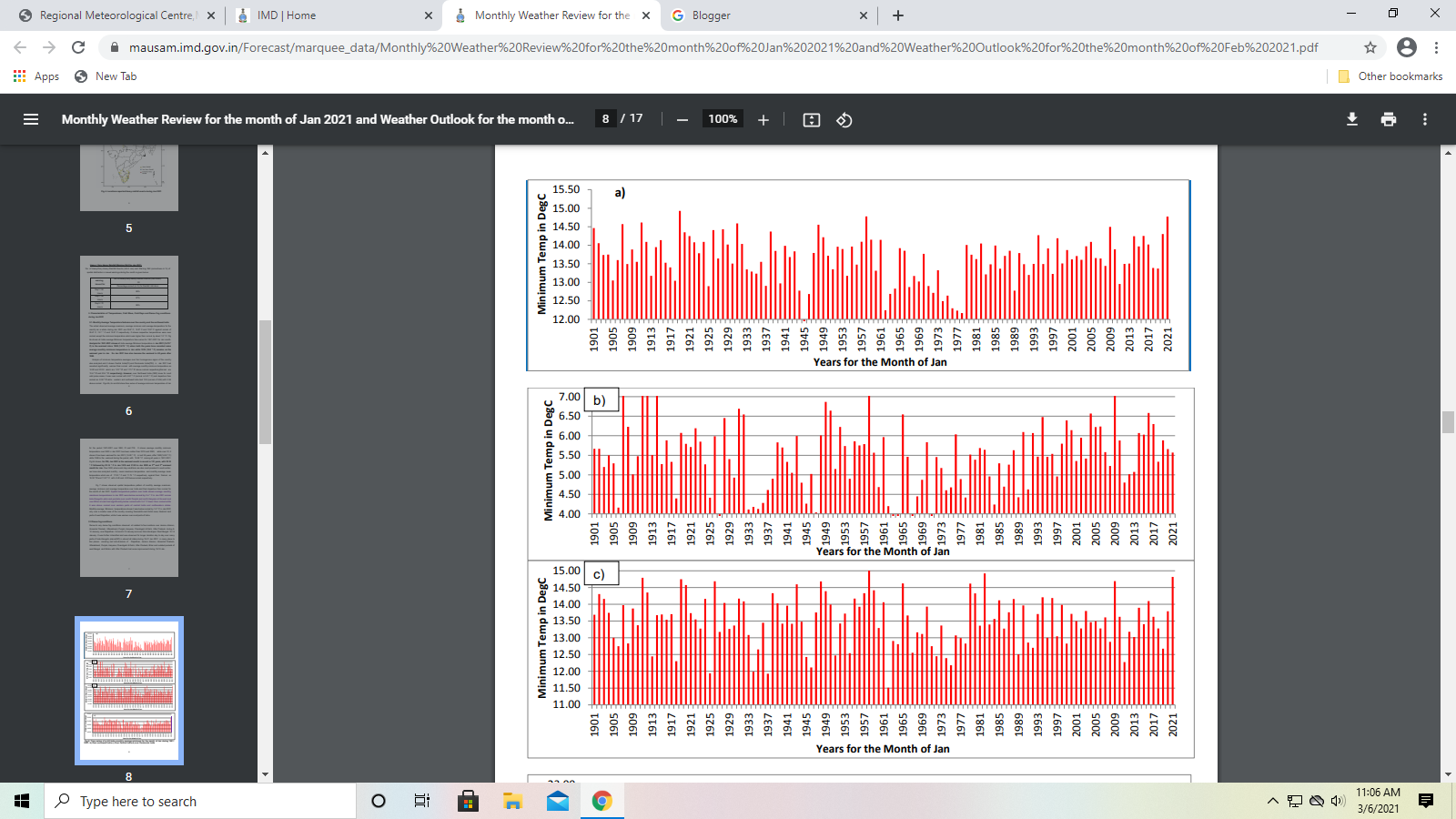 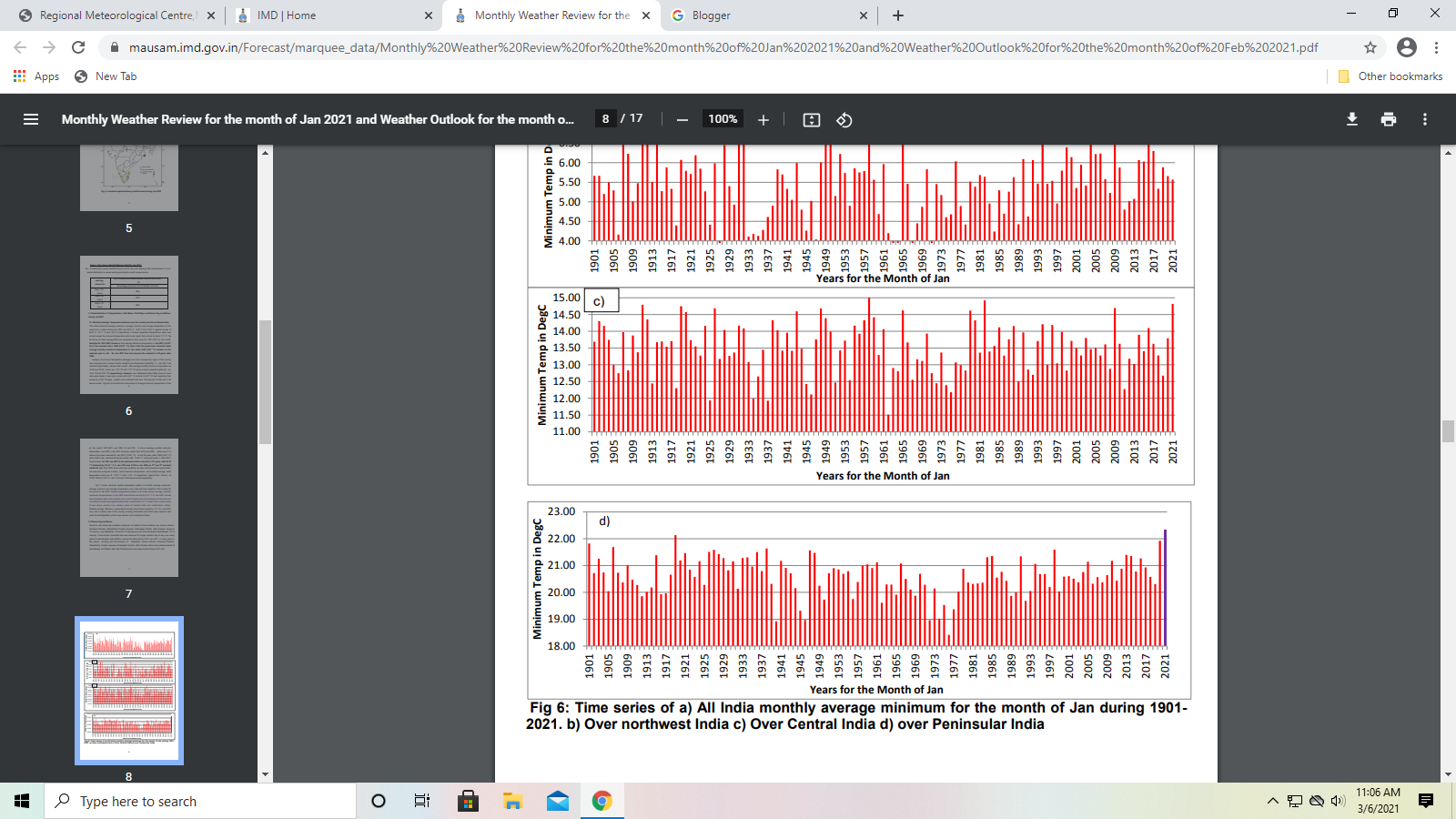 1892 year, a year which will be remembered as very dry and hot winters, very dry and hot summers but good monsoon especially in last 2 months of monsoon. Temperature in all winter and summer months were excessively above normal just opposite of its last year 1891 when temperatures were excessively below normal in its winter and summer months. Below image shown are temperature data of various parts of India of January and Feb month (All data is in Fahrenheit. To convert it into Celsius just divide it by 1.8) 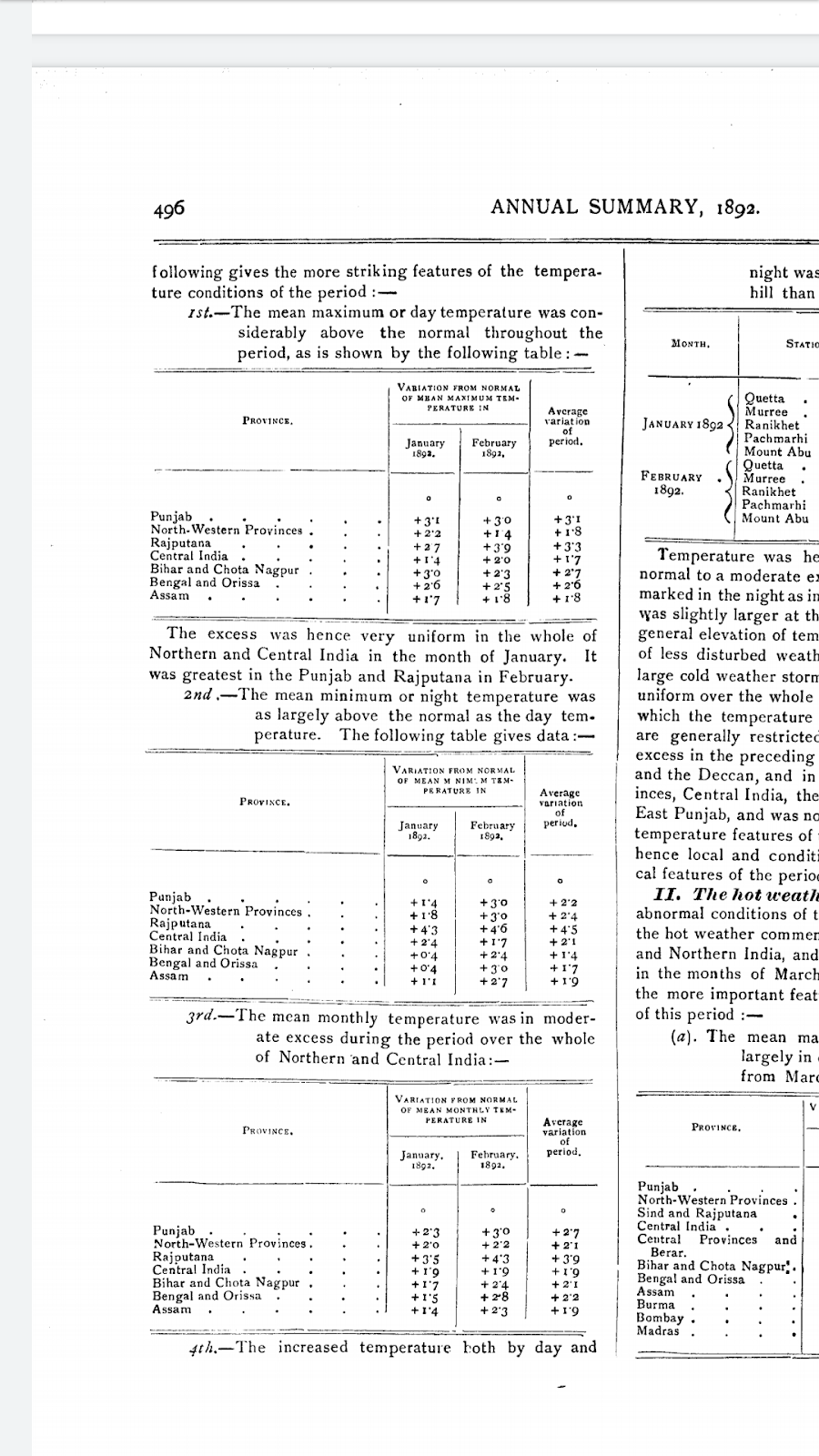 Below attached image shows temperature data of March,April,May month of various parts of India. You can see how high the temperature were in 1st 5 months of the year especially in upper and western parts of India. (All data in Fahrenheit to convert it into Celsius just divide it by 1.8) 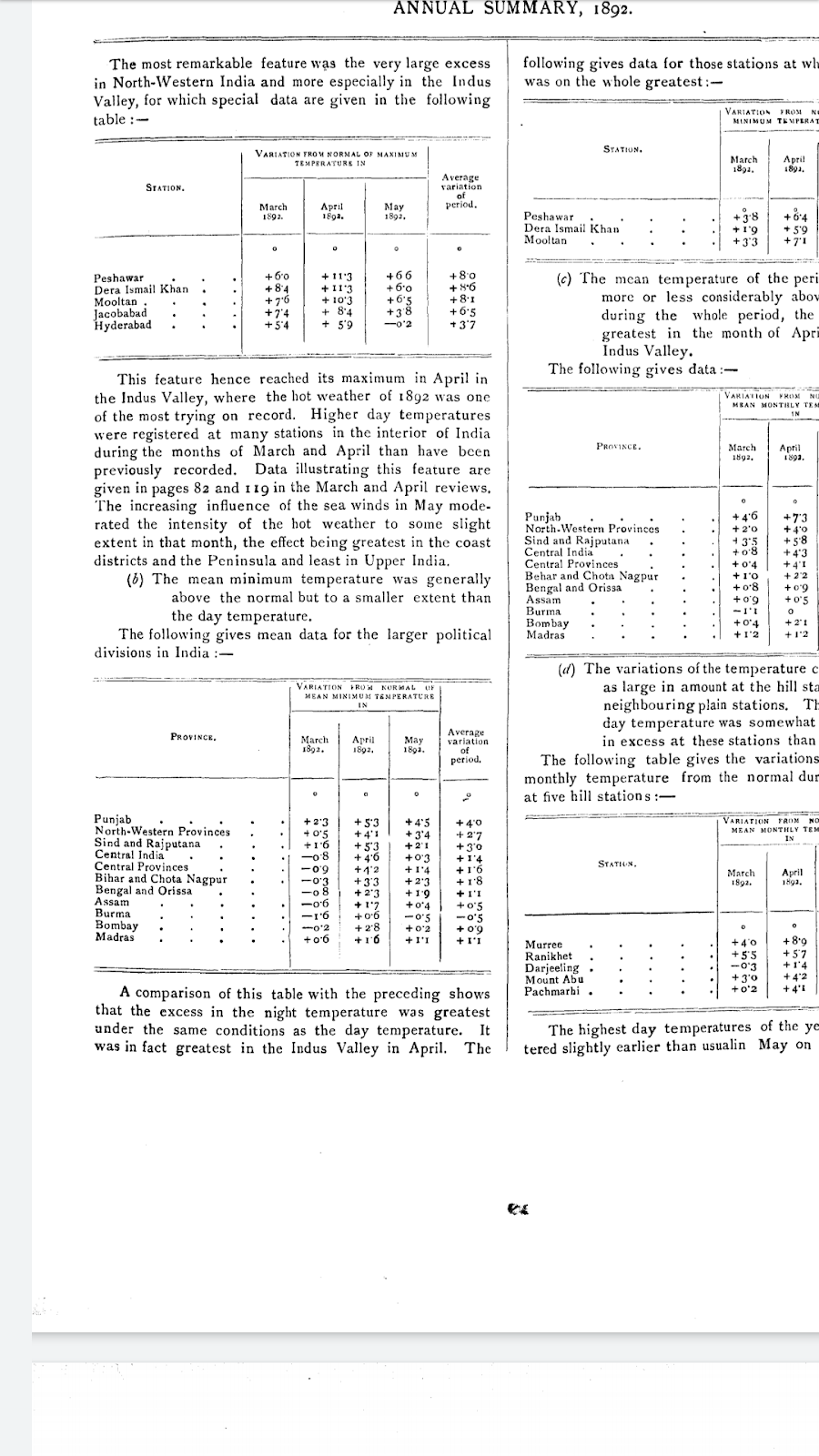 Temperature in March month itself become so high that it already touched to 43-46c range in most parts of N, W and central parts of India shattering many past records.

In last week of April a small cyclonic storm of considerable intensity formed in Arabian sea and has made landfall over kathiawar (Sauarshtra) just to the west of Mandvi on May 1. The average velocity of wind between 10 am to 1:30 pm in Bhuj almost exceeded 100 miles per hour (161 km/h) causing the massive damage. In whole of Kutch 38 persons were killed while 141 people were wounded. About 98,000 houses were damaged, 30 boats were destroyed. About 1,26,000 trees were uprooted and 5,00,000 trees were much injured. 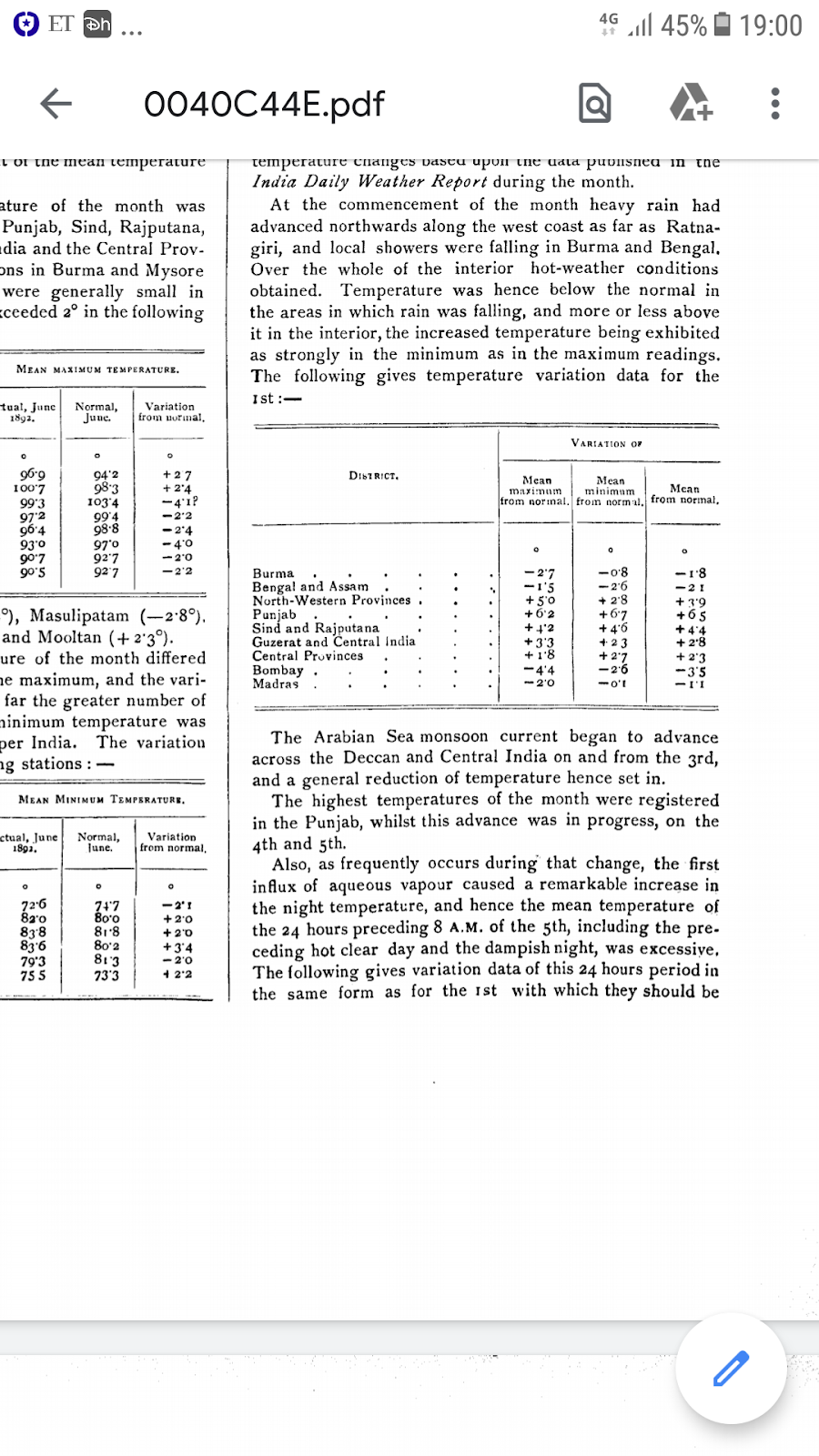 (Data given here is in Fahrenheit. To convert it into Celsius just divide it by 1.8.) So straight 6th month temperature remained above normal for upper and western India. Except deccan plateau and Madras whole India received scanty rain 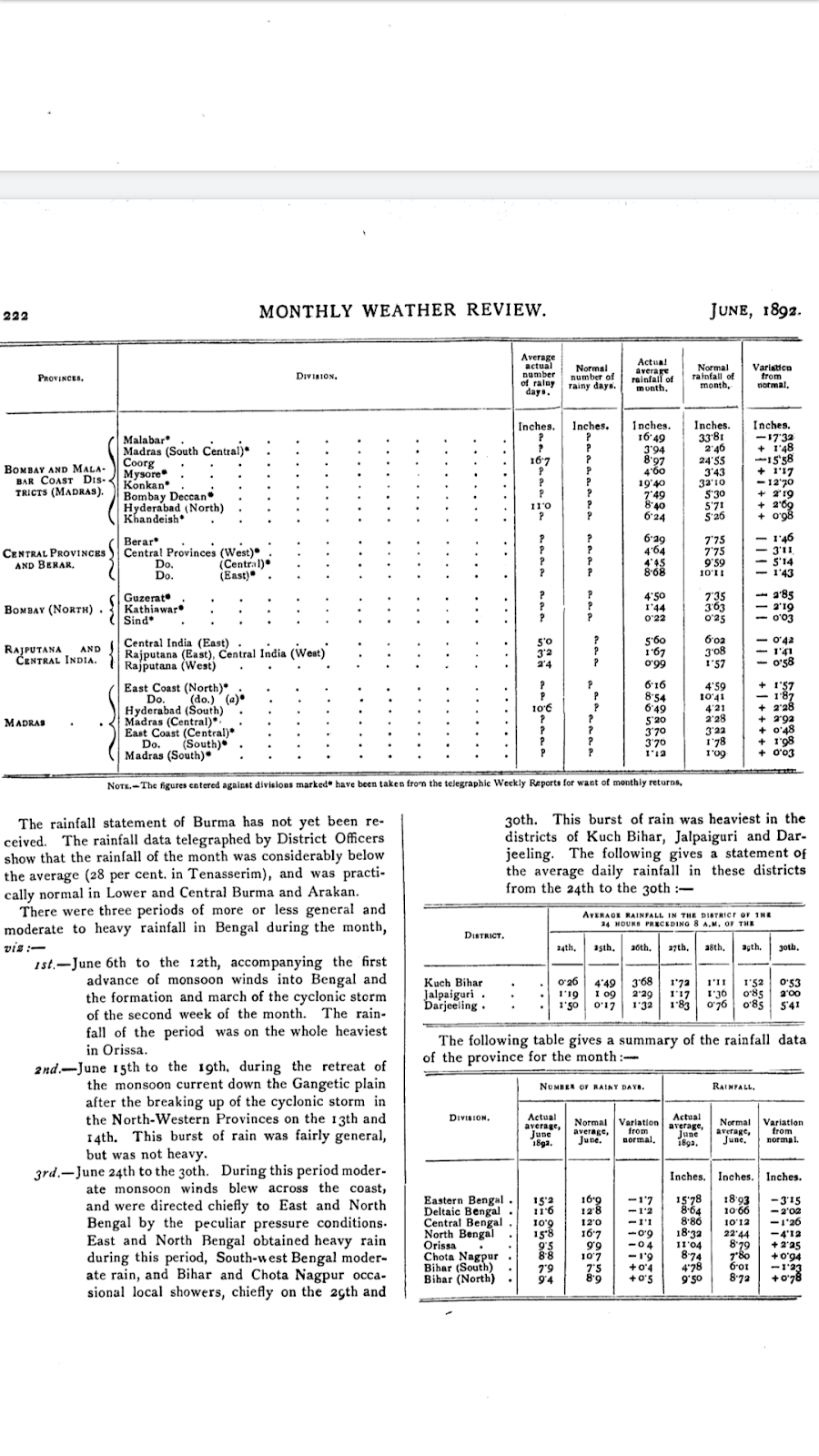 It seems summers is in no mood to leave India as straight 7th month India was under the grip of deadly heat shattering many past records  due to massive failure of monsoon. 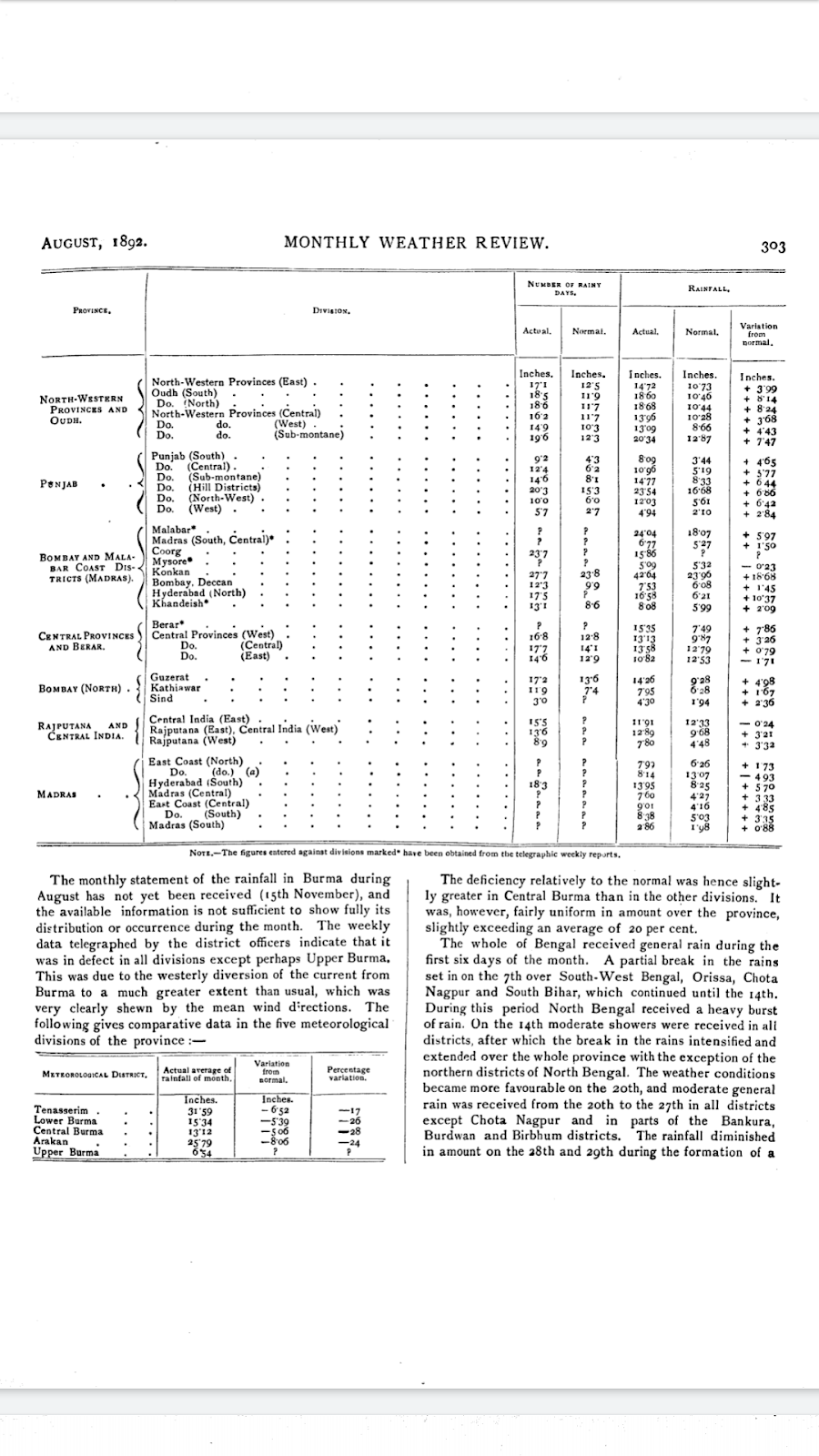 Rainfall was largely in excess in all parts of India in August month as can be seen in above image giving much relief from prolonged heat waves. Many flood events occurred in Punjab and Sindh in August month. Nothing remarkable happened in September and October month. 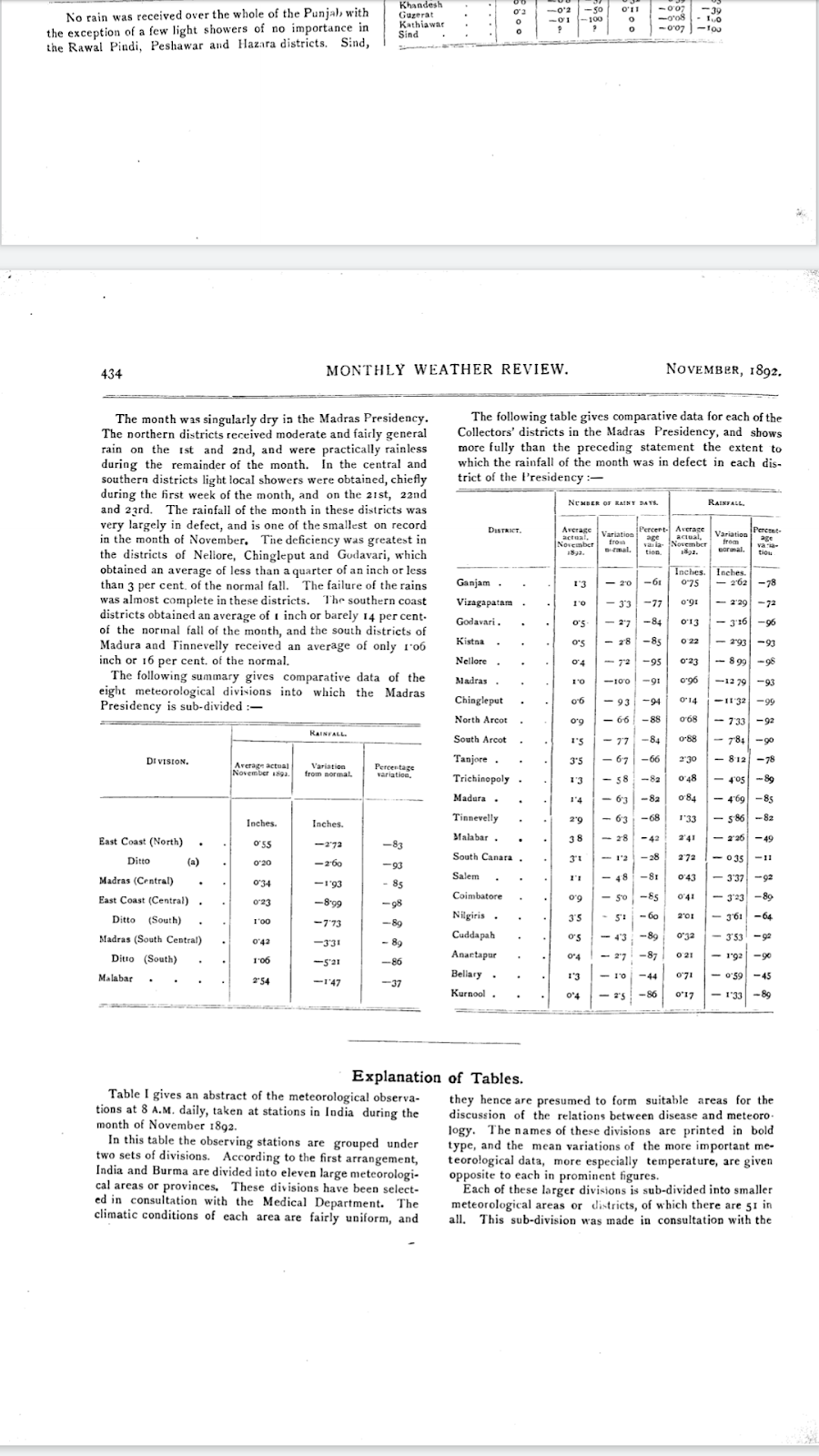 As you can see whole SE coast of India were largely in deficit. Even in December month north east monsoon failed considerably. 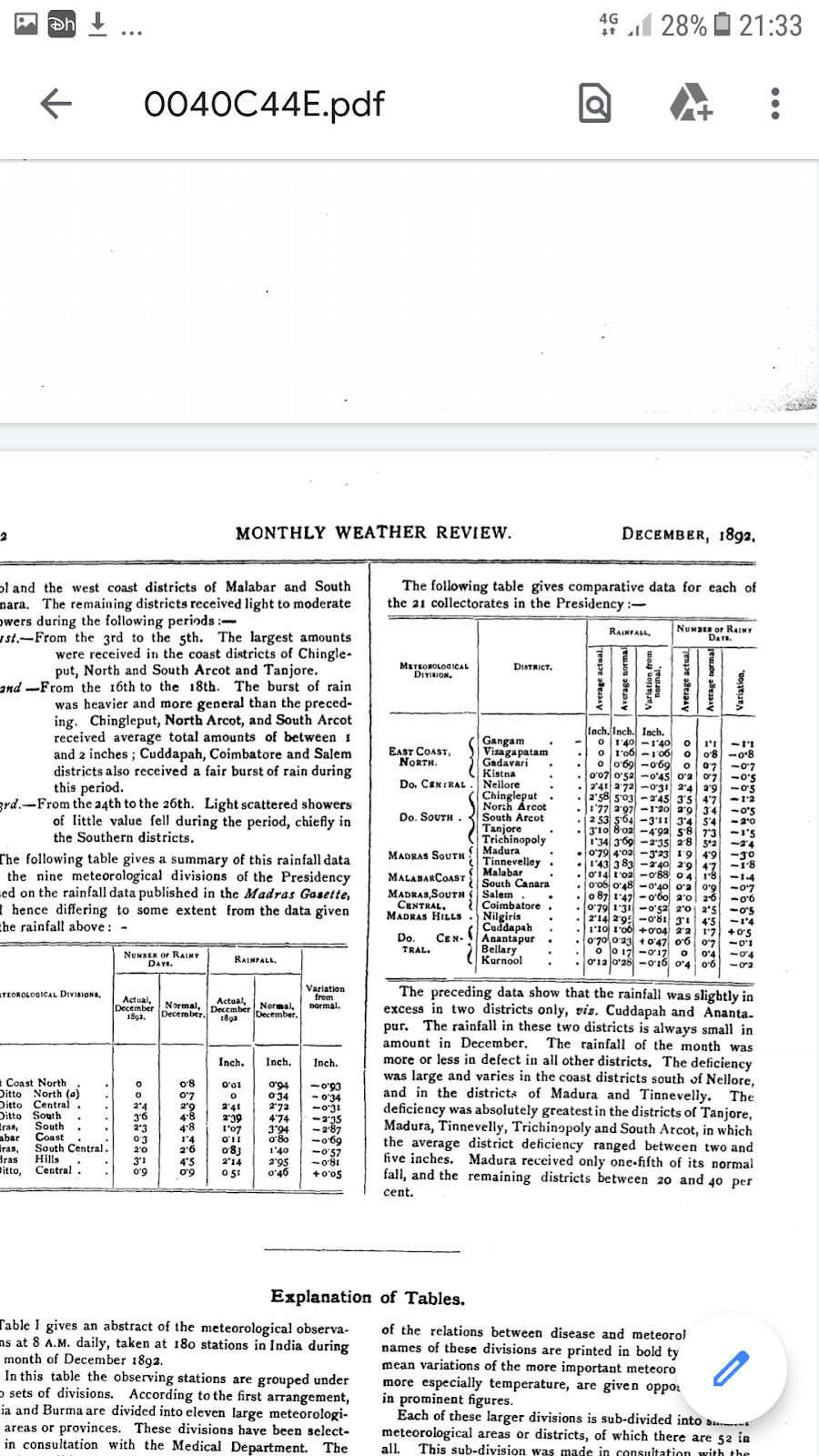 A 1st in the Series...December 1890, January, February and March 1891An indepth Study of very old Weather  Prevalence in the Indian Sub Continent....A detailed and Extensive Study and Compilation by Vagarian Shitij Jain from Surat.
Please Note: Normals mentioned are the Normals as on that Year. The " Normal Norms" are recalibrated very 30/60 years. Todays will vary with the given data.
During the month of December 1890, January, February and March 1891 large number of winter storms appeared over North India dumping large amount of rain and snow over the plains and hills of North India. Precipitation was excessively above normal in these 4 months. Here is the precipitation data 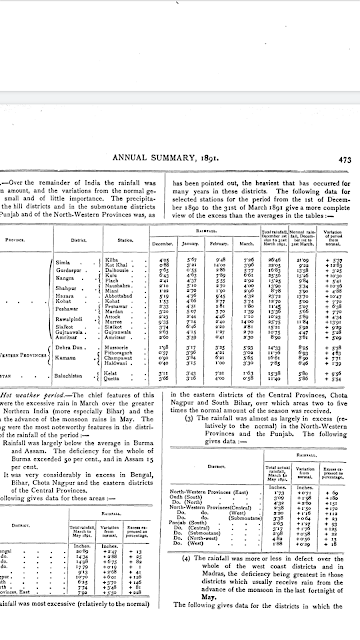 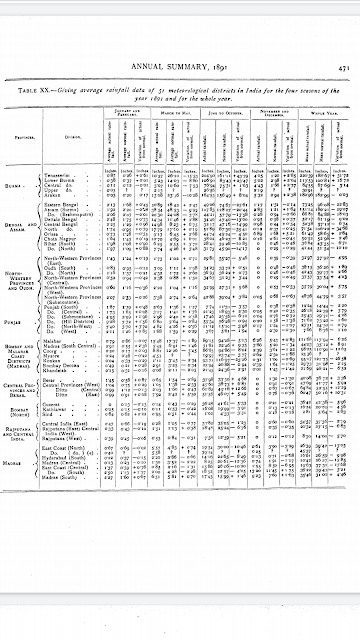 Compiled the data of Lonavla for the year 1915-2019. .By Abhijit Modak (Badlapur)
For konkan and Goa 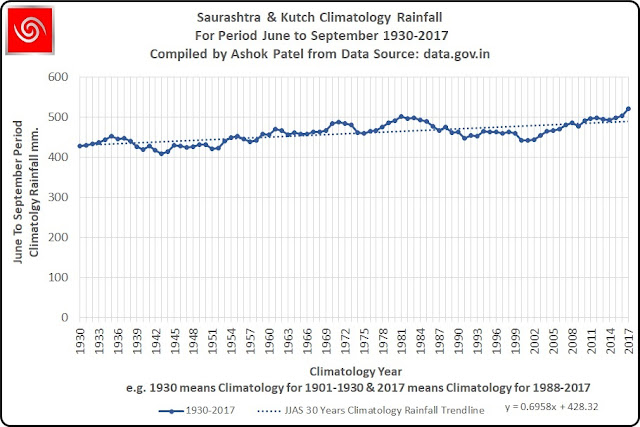 The last column has the year 2020 still pending...(The above table has been added to Vagaries Extreme Blog on Monsoon Page..and will get updated there)
Over the decades, I do not see major variations or Rise/Fall in the rainfall..Your comments please

All Information compiled by Vag. Shitij