It seems for those gone to Lonavla to enjoy the weekend it must have been wet and rainy. Lonavla had 190 mm of rain again today. There was heavy rain in Mahableshwar,which had 307 mm today,making a total of around 850 mm in the last three days only.Many places in Western Maharashtra too had good rain today.

Gujarat,too was drenched with Amreli getting 220 mm,Baroda 201 mm and Bharuch 140 mm.

More details later with end of the month(July) figures.
By rajesh at July 30, 2006 No comments:

On Tuesday/Wednesday, it has been rainy as far as Maharashtra is concerned. Mumbai had frequent showers with gusty winds and cool weather with the maximum temperature at 27°c. But it has been much cooler in some other cities of the state. Pune was 24.4°, Kolhapur was pleasant at 23.9°, Aurangabad a cool 24.6°, while it was a chilly 18.6° at Mahableshwar (all day temperatures)

Good useful rain for Mumbai and the hinterland which also had good rain with Pune having 62 mm, and Nasik 58 mm, heavy by their standards.
By rajesh at July 29, 2006 1 comment:

As estimated earlier, the "low"has formed today over the bay. Now, with its intensifying, rainfall will be good from Gujarat to Orissa, right across the Indian Peninsula, especially along the Konkan Coast. Mumbai will experience heavy rains from Saturday due to the combined effect of another low (aloft) as predicted by the IMD. In short, a wet weekend for Mumbai !

Good rains in Maharashtra during the next 4/5 days will do good as the Vidharbh and Marathwada regions of the state are deficient as on 26th July to the extent of -14% in Vidharbh and -28% in Marathwada. Even Konkan has slipped to-10%.
By rajesh at July 28, 2006 No comments:

Just as this is the hottest period of the Northern Hemisphere,it is also the coldest for the S.Hemisphere. And the coldest spot on the globe was at the Amundsen Scott Station on the South Pole. On July 23rd,it recorded a minimum temperature of -77.7°c. Do not even try to imagine the intensity of the cold !These are extremes of the globe ,the other extreme being +48°c recorded at Basrah(Iraq)on 26th.July.A difference of 125°c between the two extremes !

Monsoon:
As mentioned,the "low" is likely to form over the bay in a day or two,enhancing the rainfall over central India and Mumbai from Friday.With the system deepening,Mumbai may get a few thundershowers on Saturday.
By rajesh at July 26, 2006 No comments:

You think its hot in Mumbai? Well, take a look at this: Jim (from Accuweather,U.S) informs that around today is the hottest period for our Hemisphere. And the hottest places today, in Asia were Basrah (Iraq) and Kuwait at 49°. Feeling better?

Well the monsoon has become patchy all over, including Mumbai, on Monday. It will remain so till Thursday, when rains will improve slightly along the west coast (Mumbai) and then as a deep "low" forms over the bay by Friday, more rains will soak the west coast, as forecast models including IMD, estimate the "low" by Friday.
By rajesh at July 25, 2006 No comments:

Last weeks overall rainfall was not upto the mark throughout India. It was scanty (yellow in the map) in northwest and north Konkan (Mumbai), deficient (red) in central India and north east, just about normal in the remaining areas.
This map from IMD shows the rainfall, for the week from 12th July to 19th July 2006.

The season as yet, upto 19th July 2006 is shown in the map below reproduced from the IMD site.

Again this shows deficient rain in the central parts of India and northeast and just normal elsewhere. The overall rain as on 19th July for India as per the IMD is -14%. Maharastra too is negative, with Konkan at -11% and Marathwada at-19% for the season.

Next week, rains may pick up in the west, south and central parts, after the formation of the "low" which may form in the Bay by the 24th. Till then the seasonal "low" of 994mb will prevail over Pakistan and adjoining India, which means drier weather in the region.
By rajesh at July 21, 2006 No comments:

Email ThisBlogThis!Share to TwitterShare to FacebookShare to Pinterest
Northern parts of Central India had fairly good rains the last few days as the weak "low" moved inland over Jharkhand to East U.P. and then merged with the monsoon trough. Moderate rains, in the last few days were seen over parts of U.P. and Uttaranchal and some parts of N.Rajasthan. I think these parts will continue to recieve moderate rains for 3/4 days as the monsoon trough remains over the area with no signs of it sliding down till the next low comes in the bay (not visible till Mon/Tue at least) and, keeping the rainfall low over Central and Southern parts.

The current low moved across india on the 16/17/18th and today lies,almost dissipated,as an upper air circulation,over M.P/Gujarat.I was expecting some rain over Mumbai today,but there was hardly any rain,only 1mm,and partly cloudy skies.Once this system fizzles out,in a day,there will be sparse rain the peninsular,I think.The IMD has forecast a WD to approach N.India from the 21st.If it interacts with the monsoon low,as is expected, it will bring rains to N.West India,but maybe again push any approaching system from the bay, further away,or make it weak.
Rainfall figures along the path of the low have been moderate,with Nagpur recording 178mm on 18th morning and other centres from 30 to 70mm.Hence the average rain for the central area may improve during the week.

The monsoon low over the bay still remains as a weak "low" and in fact has crossed the coast and lies over Bihar. Remains to be seen as to how and where it moves, hopefully not creating another break condition, as no other low is in sight now. In fact a WD has been forecasted by the IMD for Friday the 21st.

Actually the week from 5th July to 12th July has been rain deficient, and though the overall deficient for Maharashtra and peninsular as on 12th is +11%, for the week it was -55%.

SW Monsoon as yet

Well, as these are my first jottings, I want to just analyse the monsoon performance in India so far. As on 12th July, overall the monsoon is deficient by 10%. But I will just analyse it area wise to make it simpler. Rainfall is excess in Gujarat and west Maharastra, and deficient in M.P, Chattisgarh, north A.P and the North East. And normal elsewhere.

Now, checking on Mumbai, the rain is almost 25% excess. But the rain has not been uniform and has actually fallen in two major spurts, one from 28th June till 6th July and the earlier spell from 20th June to 25th. There is a dry spell now, which will hopefully be broken by tomorrow, if the "low" over the Bay crosses the coast.

Interior peninsular rain is normal, but the prolonged dry spell since 6th July till today, is unfavourable for farming and soil moisture. More Depressions from the Bay are now needed to enhance soil moisture, and we have got only two so far against the normal of 2/3 in June and at least 3 in July.

More observations after following the next development. It is Nature, we have to just see and observe, she knows best !

Email ThisBlogThis!Share to TwitterShare to FacebookShare to Pinterest
Hi!This is my first posting on this blog. I will be writing my observations, technical comments and views, concentrating on the Indian sub continent. The World's weather in general and extreme weather will also be discussed. I would love to have feedback and interact with anyone interested in meteorology.
Thanks,
Rajesh
By rajesh at July 15, 2006 1 comment: 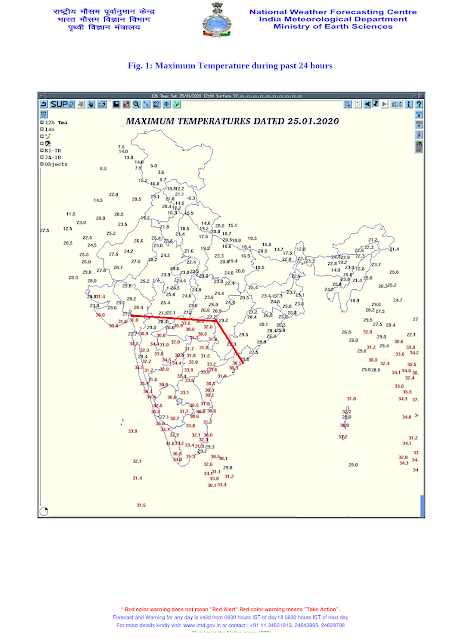