BB-18, WML, located as on Monday evening at 11.7N and 88.7E. Pressure 1004 mb, stationary, but slight deepening. Winds at 20 knts.
Weak convective bands are seen around a circulation centre. 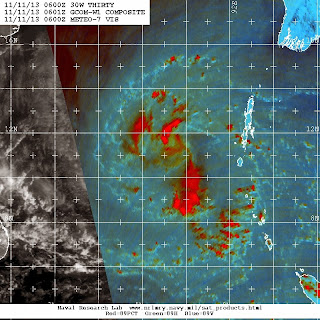 With moderate wind shear (upto 20 knts), and an encouraging Pole ward flow (energy transfer), we see a slight strengthening of BB-18 to a depression by Tuesday evening. System will move Westwards.

Chennai and coastal SST is now 29c.
We can expect the system to cross Northern TN coast around Chennai by Wednesday. At land cross  near Chennai, winds will be around 35 knts, and rainfall in 24 hrs period will be around 50 mms.

On Wednesday, interior TN will get good precipitation and heavy falls in many districts.

There is a possibility of the pulse crossing into the Arabian Sea, and form a UAC off Karnataka coast by Friday15th.
Precipitation is expected to spread by then into Karnataka and Southern Maharashtra and S.Konkan.

Mumbai will see lower night temperatures next few nights. Lows will be around 20/21c at Scruz.
But, we may see the nights getting warmer after Thursday 14th. Cloudy weather will be the cause for warmer nights and light rains on Friday 15th and Saturday 16th.for Mumbai.

Pune will see pleasant nights on Tuesday 12th and Wednesday 13th, with lows around 12/13c. But, end of the week, clouds appear, and light rains expected on Friday 15th/Saturday 16th.

A system hitting the coast as a deppression/WML will more rain than wind. I have seen many times e.g Recent Andra Rains and chennai rain 2005..

As I was waiting for this ideal situation. I expect atelaset 15-20 cms from this system.

TN is the only state with drought facing situation. Hope god saves this time.

whats wrong just a normal human being expecting lot of rain from this system.

very very important to avoid a near drought like situation

Are you sure about Wednesday?

This has been one of the most amazing years in the history of
Pacific typhoon seasons ,

so as we see this year having another 1 and a half month , we may see an emerging new leader , "2013 PACIFIC OCEAN SEASON " as the most busiest season ever beating 1964 season .

This low is very crucial for TN, i pray it keeps its course and rains in Interior Tamil nadu and the delta regions. The situation is alarming and any failure of the low to live upto its promise might aggravate the situation.

Fully agree with Krishna kumar, fingers crossed and hope for the best.

do we really expect rain in mumbai weatern suburbs? and r u sure that at least the weather will be cloudy and day temp will go down??

The circulation is likely to brush off chennai ,and not directly hit so thank God chennai will escape torrential rains , but still get some heavy showers on sat n sun.