"With no major heat waves recorded in the core zones so far and "excess rainfall" across the country, this summer is turning out to be unusual, say meteorologists.
Summer sets in March in the core heat wave zones of the north, central and east India, and intensifies in April and May until the first week of June, when the monsoon winds arrive. Apart from the northern and eastern plains, central India's Vidarbha-Marathwada region, Gujarat, and parts of southern India in Andhra Pradesh and Telangana are known as core heat wave zones, where temperatures rise above 45 degrees Celsius.
In western Rajasthan, the maximum temperature even crosses the half-century mark. However, the temperature has not peaked to that level yet.
Instead, India received 25 per cent excess rainfall between March 1 and May 11, according to the weather department.

OP Sreejith, a senior scientist with the Long Range Forecast unit of IMD in Pune, said March recorded 47 per cent more rainfall than normal and April saw 8 per cent more.Sathi Devi, head of the National Weather Forecasting Centre of the IMD, said there was one heat wave in Gujarat in April but it was not widespread.
This month, temperature in parts of Rajasthan rose above 40 but a western disturbance brought rains and pulled the mercury down again.
The official attributed the lower temperatures in the northern plains to the frequent western disturbances that brought rain and thunderstorms."
Vagaries: Another Western Disturbance is on now...and see the departure in day temperatures: 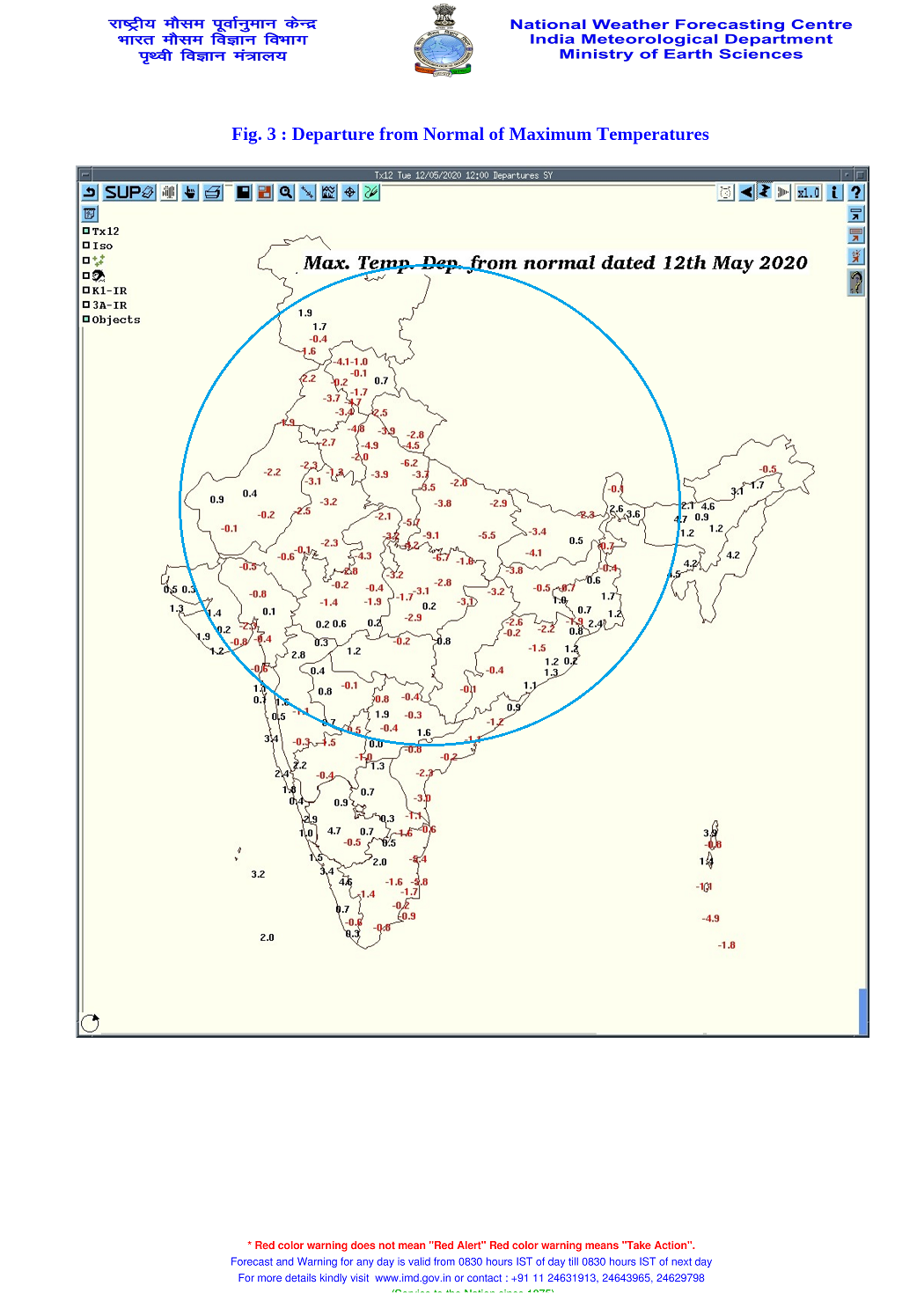 Wind shear resistance is weak as the system progresses Northwards
So interference from WDs will reduce later.
More details once a system forms.)

As a result, SWM will advance into South Andamans by 15th/16th. Further progress into the Islands in the next 2 days.
14th/15th/16th May:
Light Thunder showers/Rains likely in parts of Pune and in Madhya Maharastra.
Thundershowers likely in Marathwada.
Fresh WD continues to bring Rains in NW India and Western Hills regions of Kashmir, H.P.