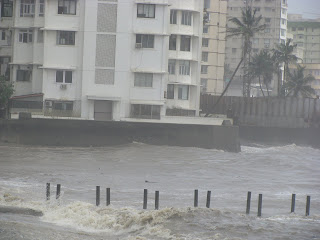 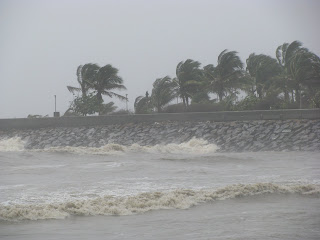 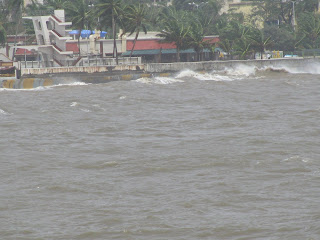 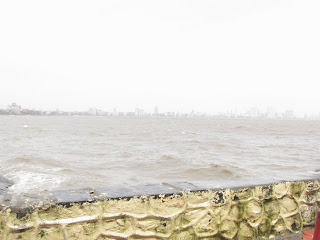 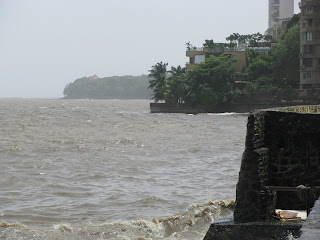 Some pics taken with my non-professional camera from Walkeshwar, Chowpatty and Breach Candy on Friday.

And for the blog, we just might continue reading from the last blog..Para 1) and 2) from the 23rd.....
...now after the 1 days remaining rain predicted in Gujarat, Veraval getting 370 mms and Porbunder 150 mms and in the traditionally dry region of Kutch, Abdasa gets 303 mms,Nakhatrana 145 mms and Bhuj 53 mms. Now, the system and the rains have moved away westwards into the Arabian Sea. Though not going to affect Indian coast now, like I mentioned, this low will fizzle out now, as the Arabian Sea waters are at present on the "cooler than normal" side.
And, as expected. the rear regions of the system, now including all of central/ western and eastern regions of India, are clear of any major or meaningfull rains.
For the weekend, barring the Orissa coastline, I see the country as a whole getting nominal monsoon showers, nothing exceptional. Average normal rain showers along th 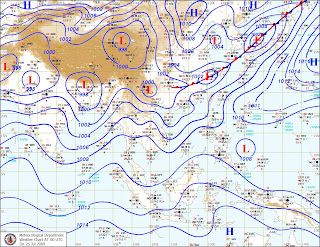 e monsoon axis( seen in the Thai map), for the next 2 days.
So, this sytem too has avoided the all important Punjab/Haryana /Delhi/U.P. and H.P. regions !
Till when this situation now? Of-course till we see another low in the bay. Now, this is forecasted by some models around the 27th./28th. and by some around the 2nd. of August. Could be the earliar date, as this map from the Thai Met. Dept. shows a trough running down the Bay, which makes an "in situ" formation easy.
Mumbai, expect a weekend with a few passing showers. Sunny intervals will be warm, as I think the day temperature will be 31c. With the winds sobering down, nights could get stuffy. Overall rain in 2 days will be around 25 mms.
kapadias@gmail.com