Mumbai ..the monsoon city .. and the surrounding metropolitan region has received good rains ..
Vihar (8 kms from IMD SCZ ) has received 2687 mms for this season ..(Altitude of Vihar is 80 metres above mean sea level) ..
It is in close pursuit of Cherrapunji at 2843 mms

Numerous stations in the Mumbai metropolitan region have crossed 2000 mms rains during this season till now ..(Refer daily /seasonal Mumbai region rainfall maps on this blog).. 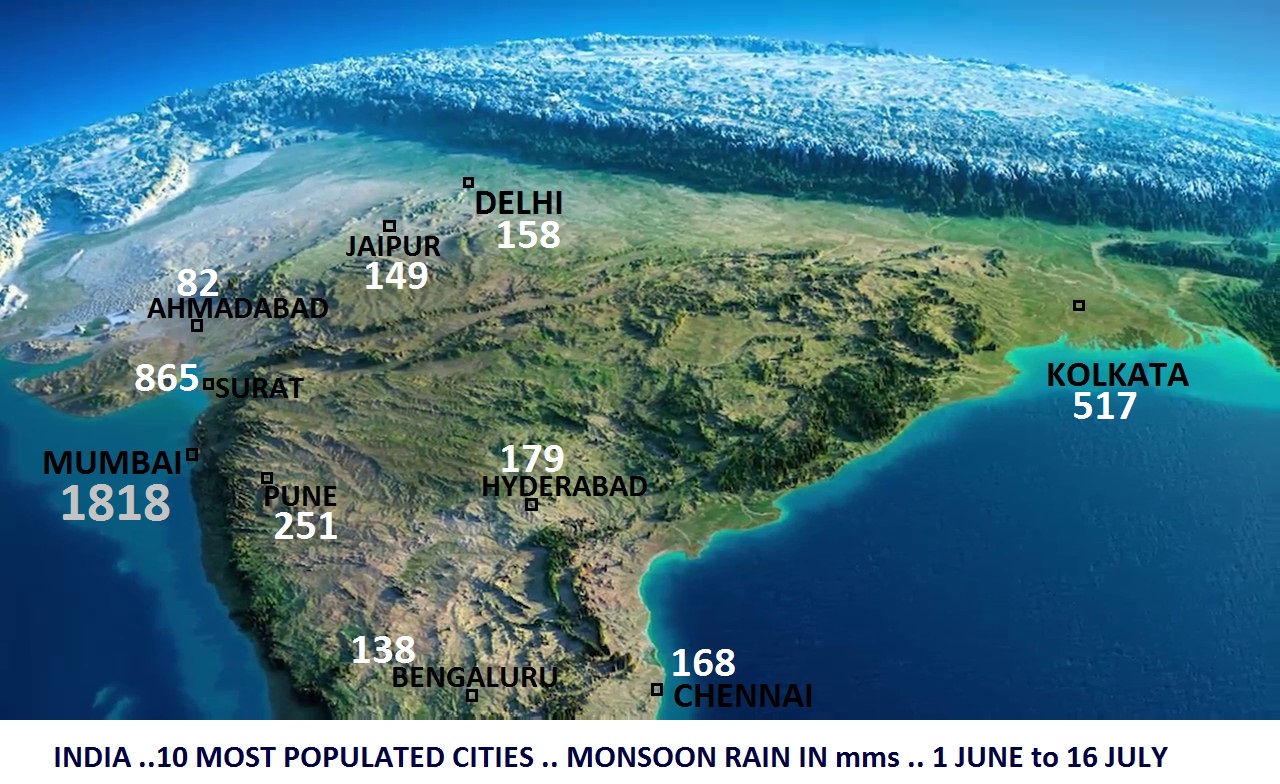 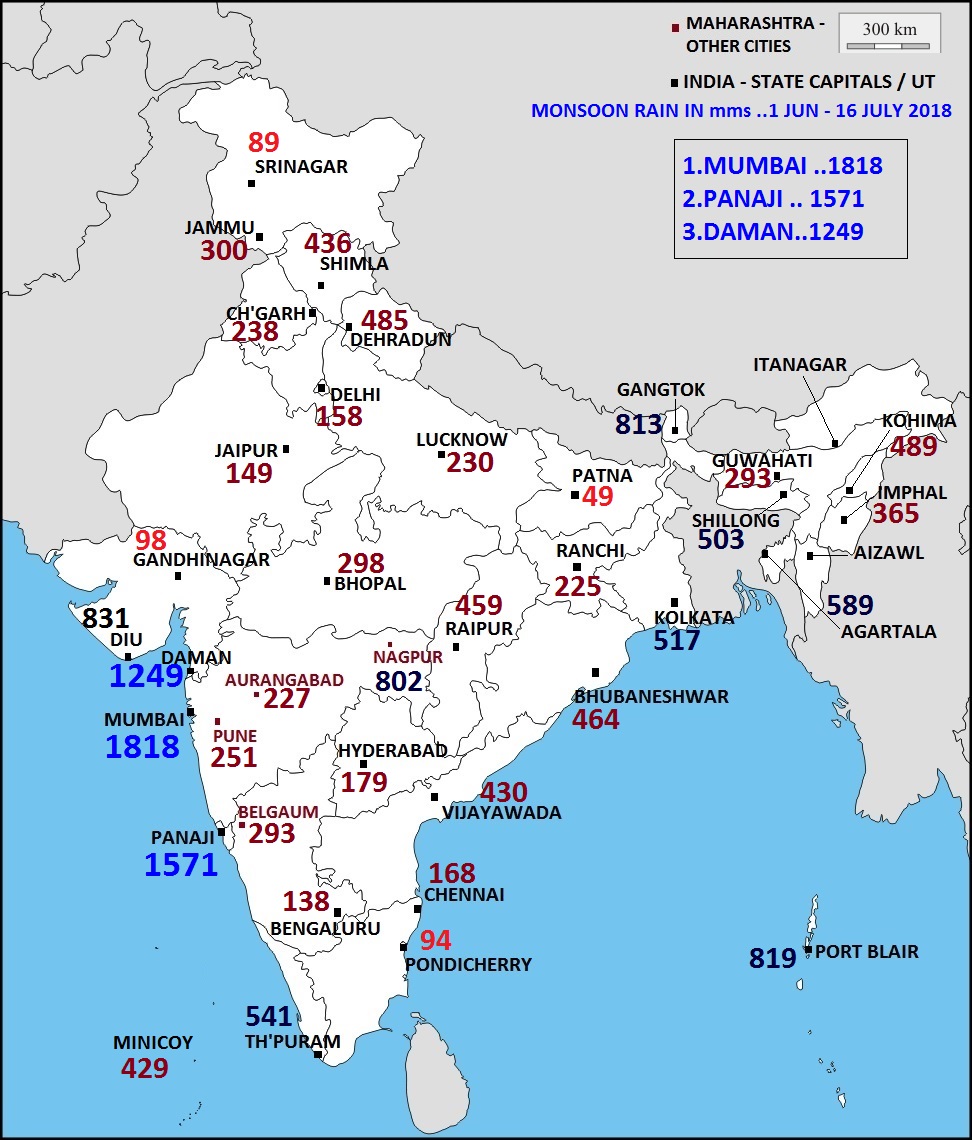 Article in marathi about kitwade..

Hi Rajesh ji, this is Suyash Karangutkar from Mid-Day newspaper. I wish to have a word with you for potential weather-related stories for our paper. How may I get in touch with you for the same?

Suyash: Please give your contact no. or e mail here.

Salim: Jabalpur will get some increase in rains on Tuesday and Wednesday from the BB-4 system. But overall, deficient for some time till we see another system.

No substantial meaningfull increase in rainfall in Karachi for the next 3/4 days. BB-4 seems to be fizzling away in Central India.

Sir what about indore and Ujjain region?

I dont see the system BB-4 strengthening much. Not much to be expected in Indore next few days. We have to wait for the next system.
Maybe if the monsoon axis comes a bit south, but if BB-4 goes North, then the axis may shift North.

Sir,
What is forecast for August and September for mumbai/maharashtra and gujarat (north gujarat has not seen much till date)

The El Niño–Southern Oscillation (ENSO) remains neutral. However, the Bureau's ENSO Outlook is at El Niño WATCH, which means the likelihood of El Niño forming in 2018 is approximately 50%; double the normal chance.

Oceanic ENSO indicators remain neutral, but show a general trend towards El Niño. Sea surface temperatures in the equatorial Pacific are about 0.5 degrees warmer than average. Likewise, sub-surface waters in the eastern tropical Pacific are warmer than average, although these have eased slightly in the past fortnight. Atmospheric indicators remain neutral, but the 30-day Southern Oscillation Index has been negative since the middle of June.

Most international climate models surveyed by the Bureau suggest the tropical Pacific will continue to warm. Five of eight models indicate this warming will reach El Niño levels in the southern hemisphere spring, while a sixth model reaches El Niño levels in December.

During El Niño, rainfall in eastern Australian is typically below average during winter–spring and daytime temperatures are also typically warmer than average for southern Australia. A neutral ENSO phase has little effect on Australian climate.