Posted Wednesday Night
The system in Central India has now as good as fizzled out.Currently a trough remains in the region.
Next 5 days Almost dry for Most of Punjab, West Rajasthan, Kutch, Saurashtra and North Gujarat region, Madhya Mah, Marathwada and N.I. Karnataka till 10th August.

Day temperatures rising in Rajasthan and Kutch.Sindh region remains mainly without any major or meaningful rains, with warmer days.
Next Low, BB-4, could possibly form in North Bay between 10th-12th August.

Passing and regional thunder showers, like last 2 days, will continue in Delhi NCR. May get around 15 mms per day.


Note on Thursday (evening) on El Nino and MJO conditions. 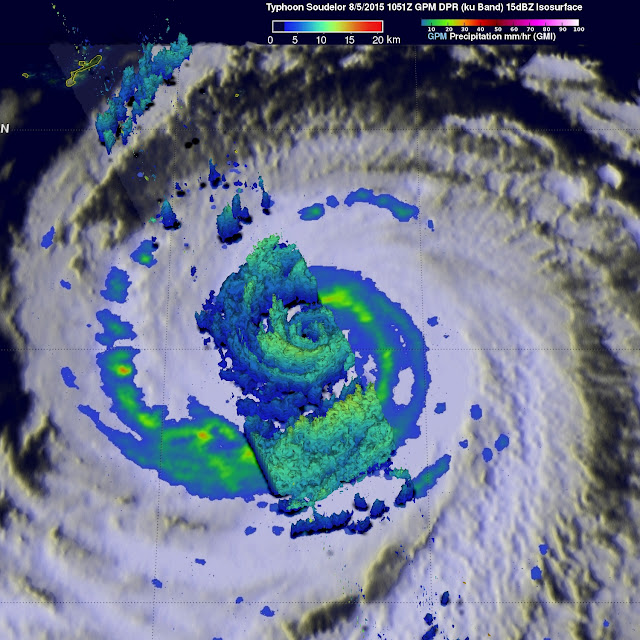 Well Marked Low ( 999 mb) lies over SW Madhya Pradesh.Will fizzle out in next 12 hrs...However, some rain expected along Mah.coast North of Mumbai.
Delhi NCR can get its Wednesday Thunder Shower

Indore, with a high of 25.7c and a low of 20.2c, recorded 191 mms..And , West M.P. was not at all in the Rain Radar Forecast.! Rains were forecasted in Vagaries for East M.P. (which happened on Monday) and in Vidharbh.
Aurangabad in Marathwada saw 46 mms of much needed rains. Vadod Bazar, 40 kms North of Aurangabad, where farmers were facing the grimmest situation, measured around 60 mms.

No major station in Gujarat recorded more than 3 mms of rain.
By Rajesh at August 05, 2015

Helo,
This year not many lows are forming.Also the west coast trough is weak.Sir any scope of revival/recovery.

Any positive sign or hope for Mumbai...
Already July was a great deficient and now no meaninfull rain till 10 aug...

Sir,
What are your thoughts about artificial rains.I read in a newspaper that in marathwada they are using this technology.

@ sset. Stop ur fake comments. Always you present as if daily 100 mm rain is falling. All knows how July was third lowest rainfall ever recorded in Mumbai also Ratnagiri saw 2nd lowest dry July after 116yrs!! Already lower rain has affected paddy crops in Konkan. Also Konkan holding -27% deficit, Madhya Maha -28% & Marathwada -53% deficit which is highest in all India level. So Maharashtra also facing drought like situation with dams just half fill. And till mid Aug no revival is seen which is worrying . So not only South India but Maharashtra also having rain scarcity but you present in ur comments as if all above excess is getting here.. So don't produce wrong impression to other readers.

We know that you are jealous whatever it rain here so for just 20mm spell of Belapur last night is also very heavy rain for you and only have sympathy for SE India.

NASHIK/MUMBAI: The experiment to generate artificial rains was unsuccessful on the second consecutive day at Saygoan village in Nashik district.

The experiment is being conducted in drought-prone Yeola tehsil by a private Mumbai based agency - 'International School of Professional Studies' (ISPS) in association with Hind foundation.

Confirming the development Maharashtra Agriculture minister Eknath Khadse told PTI that the agency concerned have conducted their experiments yesterday and today which did not succeed.

"They want to keep trying and we are OK with it because we are not spending any money," he added.

"Eight rockets were fired this morning in the sky, to have chemical effects on the clouds, one successfully went in the clouds and seven rockets proved unsuccessful due to unfavourable climatic conditions and high-height of the clouds", Abdul Rehman Wanoo, an office-bearer of ISPS told reporters in Nashik.

vinod desai: Artificial Rain: My personal view has always been against cloud seeding. I have been hearing of this cloud seeding since 1971...or even 1968, when Mumbai got low rains and the BMC wanted to attempt it. It has never been fruitful.Firstly, there must be rain bearing clouds, and that too exactly over the region wanted for rains. Then the cloud must not drift away. The clouds must be at required height etc...its a waste of money and efforts i feel. But, still, even after 45 years, if authorities feel confident, they can try.

Nilay: will put up el nino and august scene tonight.

sset: I got un official readings of Navi mumbai as 26 mms till Thursday morning (24 hrs)

Instead of all this why not "MAKE IN INDIA" modi govt work for river inter linking??? Just look at why Peru has bloomed...peru bores through andes

Same question to SSET, why are you worried why it rains or not in maharastra ?

We all indians should be worried about monsoon performance in every district state and territory. Linking of all rivers and getting water supply through out India is the only solution for making all of us to bring at one platform else I wil always crib for less rains in my state and other vagariens about his state. Pattern of monsoon I think is changing be it swm or nem. Some pragmatic approach for linking rivers in NEWS india making one India has to be taken up soon rather than just plan on papers. We already have wasted so many years doing nothing on this front. My personal views neither supporting nor opposing any person or political party.