All India Monsoon Position District wise up to 3rd August 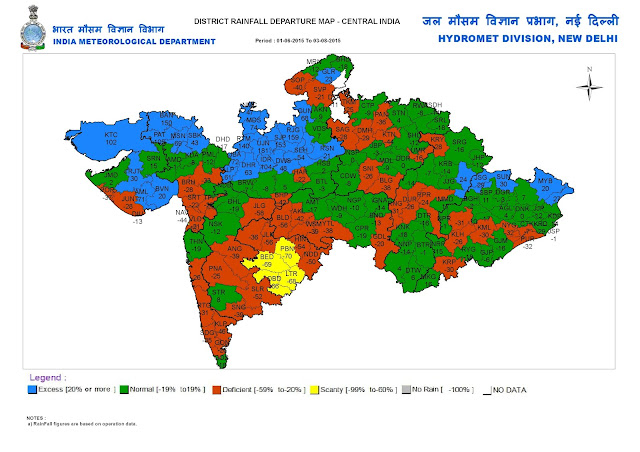 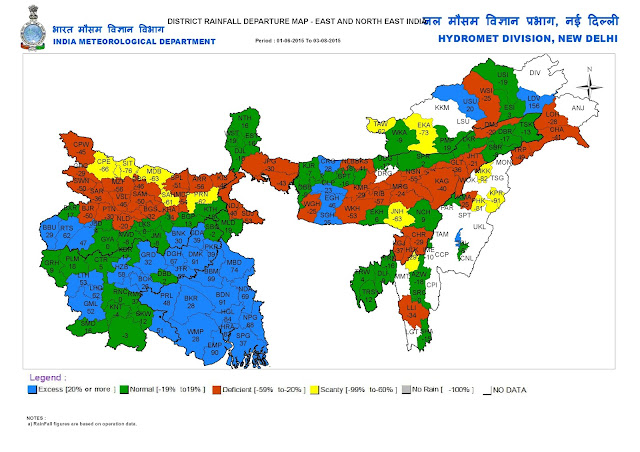 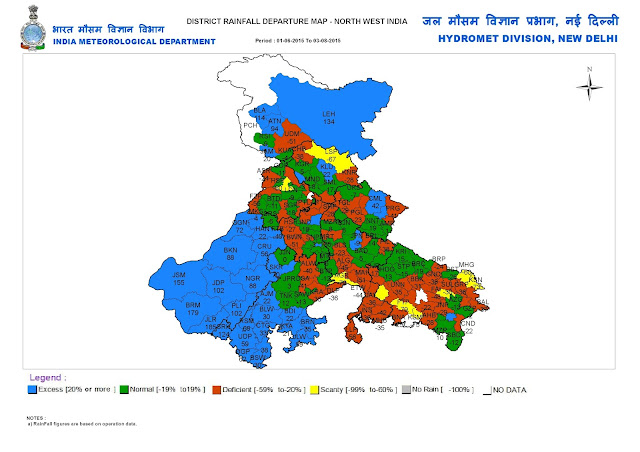 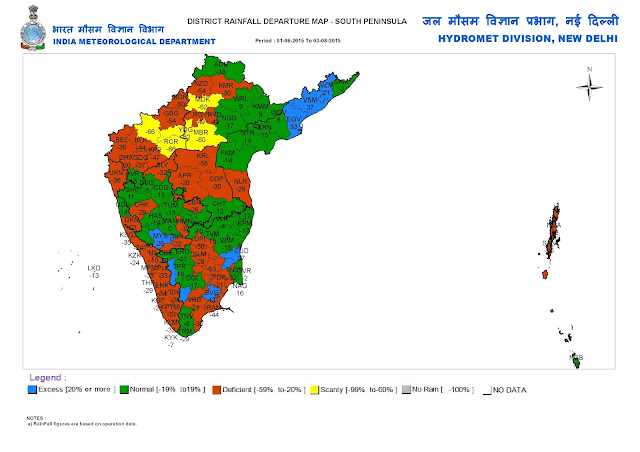 What is happening to South India - no news. Leaving apart SE India - which may enter into 4th year of drought... even KAR / KER absolutely no rains.. It just rained few weeks of june and july was absolutely dry in KER.... will monsoon ever revive in south or it is bye for now??

Skymet feedback in today economic times -- seems there predictions went off the track..

Raining in parts of NOIDA

As per my view, Sindh Monsoon remains weak till at least 10th August. Low in Central India will have no effect in Sindh.

Thanks Rajesh Sir For update about Sindh.......

Just did some number crunching for the July rainfall figures.
There were 4 pockets/areas in the country that had normal or above normal rainfall - 1) Gangetic WB, Jharkhand and Odisha towards the east, 2) J&K and HP towards extreme north, 3) Rajasthan, Gujarat and West MP towards the west and 4) the islands. Together these areas cover almost 1.3 mn sqkm (40% of India) and had a surplus of slightly more than 30% in July.
The remaining parts of the country covering almost 2 mn sqkm (60% of India) which includes literally the whole of India from Maharashtra southwards, all the plains from Punjab to Bihar and the NE states had a deficit of slightly more than 40% in July.