Considering the reasons below, and if the situation continues this way, we may see the South West Monsoon withdrawing from Pakistan, West Rajasthan and Southern Parts of adjoining Punjab (to begin with) around 3rd/4th September.

b) After 1st  September: 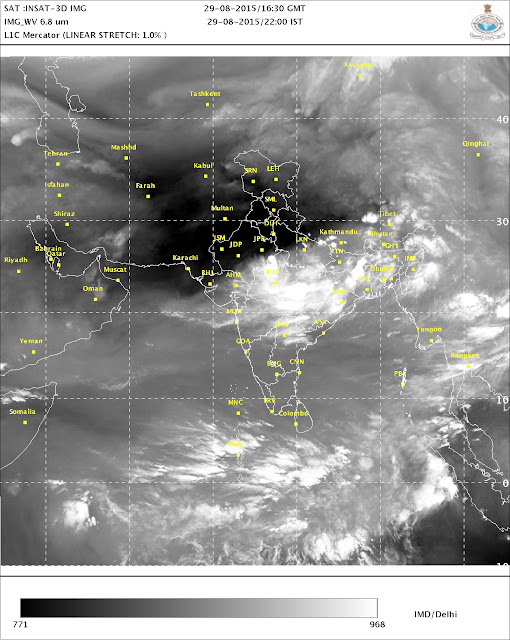 The anti cyclone in 850 hp level is not established today. But wee see a ridge forming around 1st week of September in the Pakistan/Rajasthan region. So, effectively, the anti cyclone gets into formation.Upper winds in North and Central India change directions.

Another factor  is the 200 hp jet stream. This is one of the main and assertive parameter. The Easterly winds at 200 hp, gradually become Westerly starting from the Northern regions as the Monsoon withdrawal line moves South. In fact, these winds bring down the axis and the withdrawal line.
As the Monsoon withdrwal commences, the seasonal Low weakens, and the core (then becoming around 1000 mb during initial withdrawal ) moves to North Pakistan region.

Today, the West winds (at 200 level) are firmly above the 30N line, and gradually sliding South. An anticyclone High forms in the jet streams around the Sindh coast by 1st week of September, thereby creating Westerly winds almost throughout the region of Pakistan and Rajasthan.

-Another factor, connected is the Outgoing Longwave Radiation (OLR).
Today, OLR is also not conducive for the Monsoon to hold on much longer in Pakistan and Rajasthan. 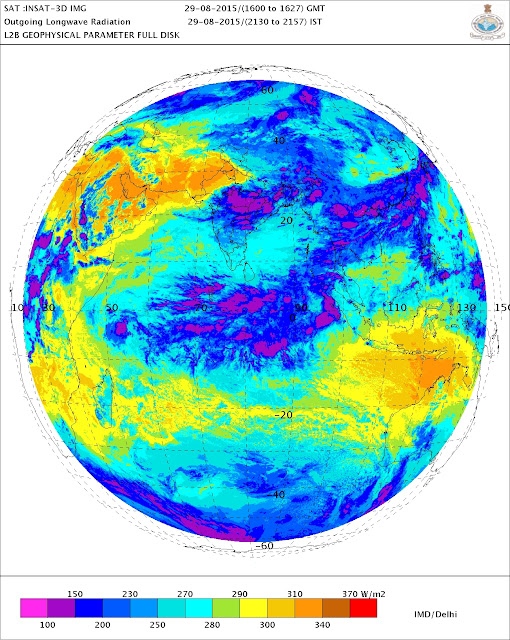 -Also, the Upper Troposphere Humidity plays an important part in supporting and "holding " the Monsoon. The current humidity position indicates a weak situation for Monsoon sustenance. 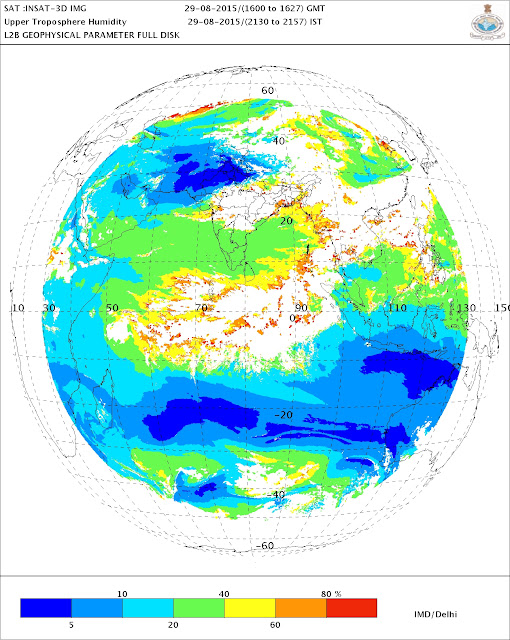 Sir, when do you expect the Southwest Monsoon to withdraw from Delhi in September?

We got good heavy showers this morning in western mumbai. It should be easily around 25-30 mm.

Haryana and punjab facing another below normal monsoon. Haryana now below normal in 5th consecutive year. Punjab also having dry monsoon. Even imd have lower the normal rainfall for both the state in last 10 year.Double whammy for both states that loss due to unseaonal rains in march+now deficient monsoon.

It takes ages for the monsoon to arrive and then the retreating monsoon just takes few days to happen. Very useful article on the monsoon withdrawal but mid September the gfs suggests some precipitation for northern regions due to Western disturbances fingers crossed. My home town Chandigarh on the foot hills enjoyed the patchy rains from the retreating monsoon but this year blue sky dry westerly winds and no humidity a very sad story to such a early retreat normally till 15th September we experienced the monsoon rains so much with interaction with the WD we had rains till first week of October. So finally we may say the dreaded EL Niño played the true role of a villain

Whats your forecast for mumbai region in the month of september.

Any prediction of BB6 ? If yes, when and where ?

Dattaraj: As per Vagaries' Long term estimate, a Low may form in Bay around 10th September...but strength and track difficult to estimate. We have to see the axis position and other parameters at that date.

This number Looks like as if it was received in last 24 hours.

Rajesh please post voews about rains in roha ,pen regions along with mumbai in sept ?thanks in advance.but will it be heavy ?

Which city did get more rain in aug DELHI or MUMBAI, I guess DELHI

El Niño strengthens but a warm Indian Ocean
The 2015 El Niño is now the strongest El Niño since 1997–98. The tropical Pacific Ocean and atmosphere are fully coupled, with sea surface temperatures well above El Niño thresholds, consistently weak trade winds, and a strongly negative Southern Oscillation Index. Weekly tropical Pacific Ocean temperature anomalies (i.e. difference from normal) in the central Pacific are now at their highest values since 1997–98, though still remain more than half a degree below the peak observed during 1997–98.

Most international climate models surveyed by the Bureau of Meteorology indicate the tropical Pacific will continue to warm, with the largest anomalies occurring later in the year. Typically, El Niño peaks during the late austral spring or early summer, and weakens during late summer to autumn. The 2015 event has, so far, been following a normal El Niño life cycle.

While the Indian Ocean as a whole has been at near-record temperatures, the Indian Ocean Dipole (IOD) index has been at or above +0.4 °C for the past four weeks. To be considered a positive event, the IOD would need to remain at or above +0.4 °C through September. Three of the five international models surveyed by the Bureau of Meteorology indicate a positive IOD event is likely during spring.

El Niño is usually associated with below-average winter–spring rainfall over eastern Australia, and a positive IOD typically reinforces this pattern over central and southeast Australia. However, sea surface temperatures to the north of Australia and more broadly across the Indian Ocean basin, also affect Australia's climate and are likely to be moderating the influence of these two climate drivers in some locations.