whereas Eastern and midwest USA was having colder weather than Alaska..temp were below normal by 5-15 c at most places here ..
MINNEAPOLIS WAS COLDER THAN BARROW,ALASKA..

California (Los Angeles) is having mild weather as always during this time of the year .. 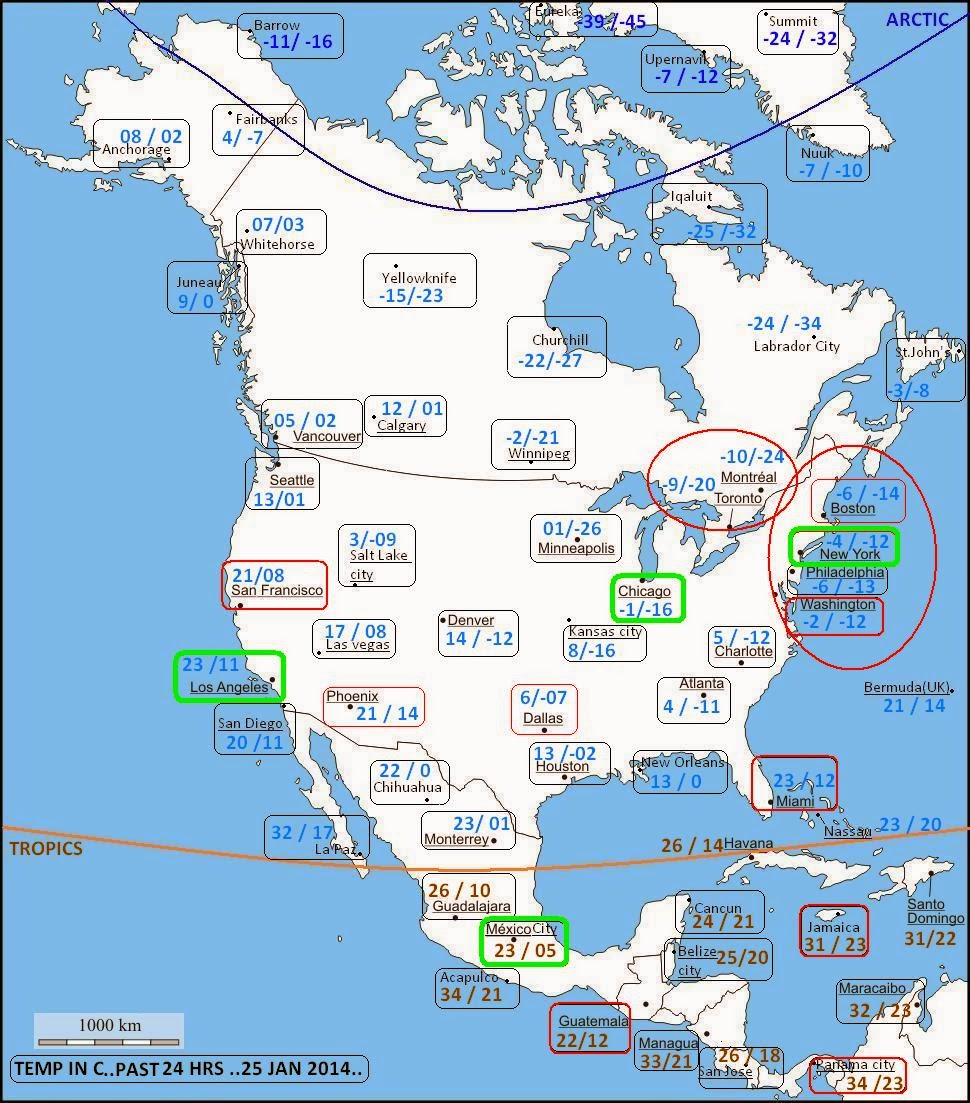