Sent By pradeep...Rains in Rajasthan and Gujarat on Tuesday:

Wednesday 11.15 am...Rain covering most Parts of North/NE and West Delhi 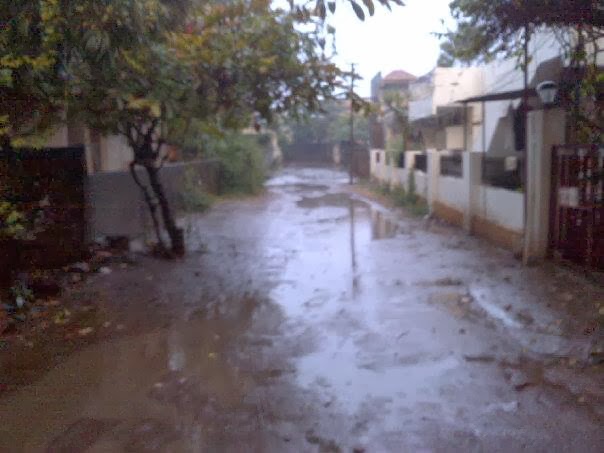 On January 9, Lake Erie was reported to be 90 percent ice covered, and nearly a quarter of the surface area of the five Great Lakes was covered....See Image on International Page.

Tuesday was cloudy with some drizzling..and as expected, the day hight was 28.5c at Scruz and 26c at Colaba. Colaba measured 0.9 mms in the day. Vagaries saw 0.6 mms from 8.30 am till night.
As the rain belt moves East, Mumbai will be partly cloudy on Wednesday. Chances of light drizzle in some parts...clearing completely by night.

Posted Tuesday Morning: Light drizzles in Mumbai. Traces recorded at Colaba and Scruz..mintemp at colaba 22.5c and 21.1c at Scruz...Dull and smoggy morning Pics of Tuesday morning from Mumbai 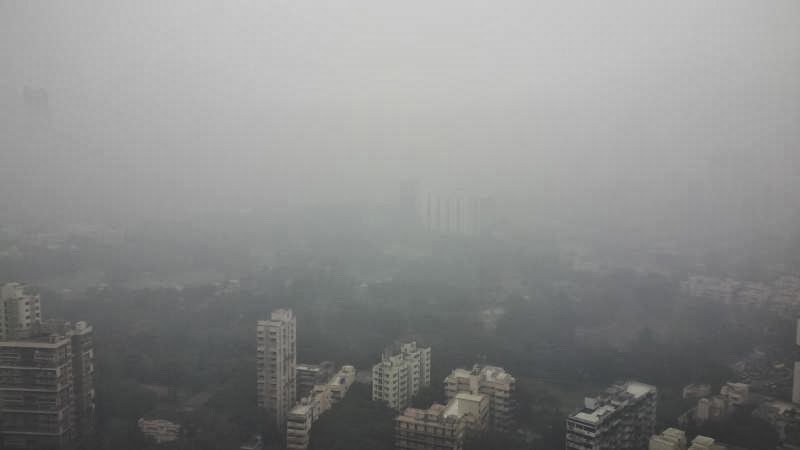 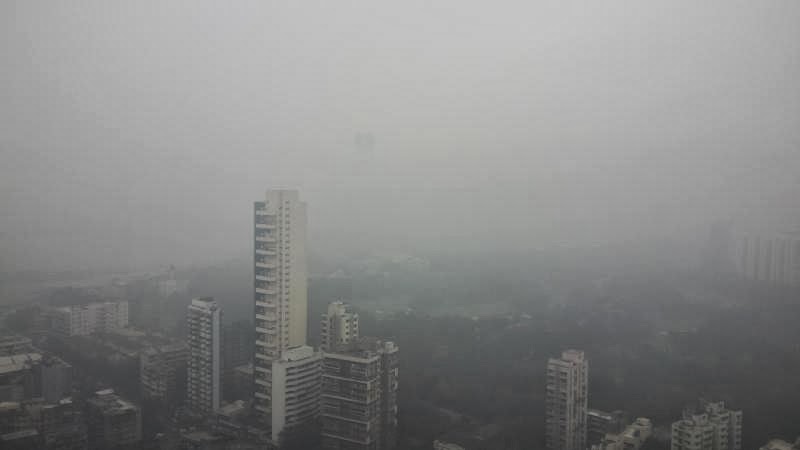 J-4 follows J-3...More rain/snow for the North after a cold spell and wintry weather, Another Western Disturbance, J-4, now lies as a trough over the 58E line, and will move Eastwards, tilting towards the North.
An UAC over South Rajasthan and Gujarat, will remain stationary,and would merge into the WD trough on Tuesday, 21st. Simultaniuosly, another Line of Wind discontinuity lies over the Arabian Sea off the West coast, and this wouls also move Eastwards towards the coastline.

Resultantly, we would see a rain belt tilting form the Gujarat coast North Eastwards.
Except in the extreme North, dry weather in Pakistan. Strong NE winds blowing in SE Sindh and Karachi on Tuesday, at 30 knts. 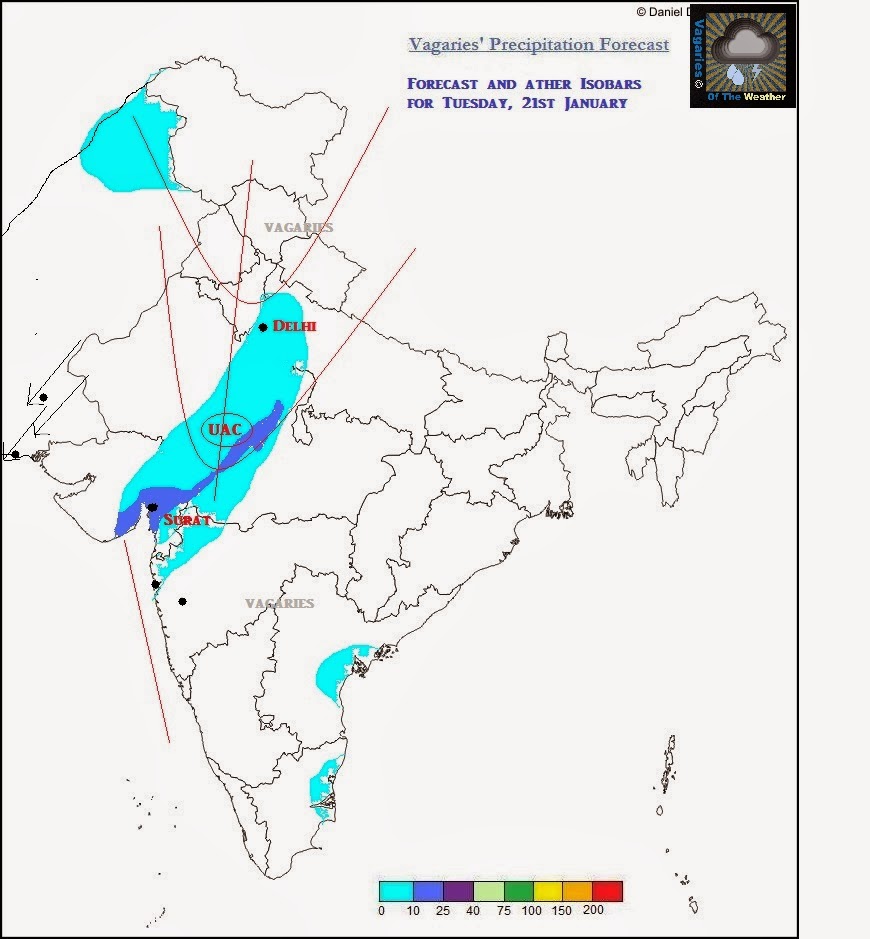 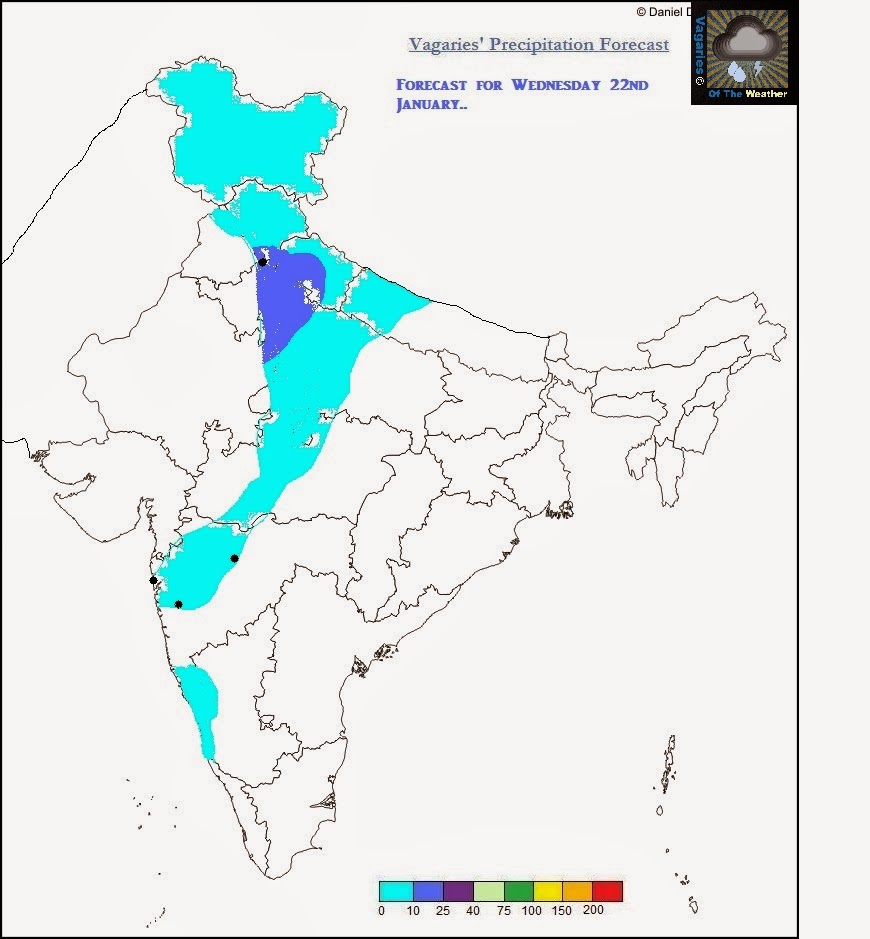 Outer townships may see some patchy moderate rains on these days. Around 5-7 mms in some parts.
Pune will be cloudy with rise in temperatures. An evening drizzle on Tuesday and some drizzles and light rains on Wednesday will add up to around 5 mms.
Aurangabad will be cloudy on Tuesday and overcast with drizzles and light rain on Wednesday..substantial rise in night temperatures to 18c.

Surat and Bharuch vicinity will get overcast skies and rain and drizzles on Tuesday ( Possible upto 5-7 mms)and Wednesday.

Delhi NCR sees the bulk of thunder showers from Tuesday evening thru Wednesday night. Possibly around 25 -30 mms. Max and min between 19c and 12c.

Kolkata, almost clear and dry, with days rising to 28c by mid week...

Several queries from Badin , Sindh i presume...region will be dry..

Drizzled in Dombivli today for 40 mins.So Njoying the First rain of 2014 :)

Drizzled in Dombivli today for 40 mins.So njoying the first rain of 2014 :)

South Bombay seems to have recieved steady drizzles. Roads slushy. Also the walk from CSTM drenched me a bit.

do we expect rain tomorrow

Hrishikesh: Tomorrow will be partly cloudy with drizzles and light rain in some parts, and may continue into Thursday also..see map on vagaries of Thursday, the main belt moves East, but spreads into Mah

Vasai received sharp showers since morning its wet everywhere with cool wind blowing and the scent of the mud like monsoon season. enjoying the weather.

the sky in mumbai seems to be clearing

Will temp drop from thursday as predicted sir? If yes what is outlook for thursday to sunday and expected max/mins during the period

Will it rain today wednsday in thane belt? if yes how much mm

considerable drop from thursday? what will be the temp range from thursday to sunday for thane and mumbai belt

Few days ago, Pitampura in Delhi recorded a max of 8.1c but that is also an AWS hence not considered.

currently on wunderground map we see clouding running little south of mumbai to NE do we expect it also to drift into mumbai??