1. 94B latest position as on 9.30pm Monday at 17N and 89 E, meaning system has deepened to 1004 mb and moved NW. Expecting to deepen more, and move North to NE. Concentration of rainfall to increase over West Bengal (Kolkata) and Bangladesh after 19th October.

2. A UAC off the Kerala coast persists. Likely to bring rain along Kerala coast next 2 days. Keeping a watch on this system.
3. As SWM retreats, rainfall will slide south of Maharashtra, and light thundershowers will be concentrated in S.I. Karnataka (including Bangalore) this week.Bangalore could expect light rains next 3 days, upto 5 mms/day. Expect thundershowers to continue in South Karnataka this week, but weakening in T.N.
4. Amreli and Junagadh regions of Saurashtra were lashed by a severe hailstorm and heavy rainfall on Monday evening. As post Monsoon temperatures soared to 39.3c at Surendranagar, and 39c at Deesa, with Rajkot soaring to 38.5c, and a temporary low formed due to heat caused thunderstorms on a local convection level. According to Ashokbhai, a few places measured upto 50 mms in 2 hrs of torrential hailstorms.Expecting these storms in Saurashtra till 19th.
By Rajesh at October 17, 2011

SWM technically pulled out of Mumbai around last Sunday,9th October.Reasons were cited in vagaries.SWM will now move south from Southern Maharashtra, where it was stuck.
Post monsoon rains are lashing Saurashtra today.
For Mumbai..lets see the development of a system in the Arabian Sea, around the 20th.( See October forecast).
junaid: According to my feedback, Panvel received 2 cms on Sunday evening.

The formation of the new low pressure area is expected to bring more rains, IMD officials said. Pune has recorded total 198.6 mm rain since the beginning of the post-monsoon season from October 1. This is 144.9 mm in excess of the normal rain for this period.

Quite ironical same period interior karnataka did not receive any rain - spet/oct supposed to rain.

Problem here is day1 we say monsoon has departed from region1 and very next heaviest of the rain will occur in region1 and no rain in region2.

Probably in next few day if depression over Arabian sea moves north then Maharastra/Guj/Rajisthan will be in monsoon phase2!!

Also NE moonsoon may/may not bring any depressions to TN - may go to Bangaladesh/Orissa - means MP is again in for rain. Let us see natures decision??

Today TOI quoting IMD that Mumbai will receive heavy rains for next 3 days. Now we can safely assume that it will not rain in next 3 days. :p Regarding uac over Lakshadweep area, I just dont think it will intensify as a depression. It looks like it will fizzle out in next 2-3 days. We have to wait for November for any chance of depression. In 09 we got Phyan & in 2010 we got depression which went towards Gujarat in November. So there is hope in November.

Staff in my office report of heavy rain shower in the Mira Road - Vasai area today morning. While the conditions were overcast in the morning (and still are) there was no rain at Juhu - Andheri area. Looking at the humidity however it does look like rains will return to Mumbai today.

IMD Mumbai has still not recovered from the Power Outage that South Mumbai suffered over the last 2 days, although reports indicate that the issue has been resolved.

Things are all back to being hunky dory at IMD Mumbai and our dear weather bureau is now up and running. The Mumbai Doppler has now gotten back to it's business of spotting those nasty storms after a two day slumber break (thanks to BEST).

NT:There was no rain at Vasai tooday..0 mms recorded, and a few drops, not even wetting road at Mira Road as per confirmed reports. No rain esle where.
What we are having are not rain clouds, but alto cumulus types only. These clouds do not precipitate, except a few drops like "off season" types. 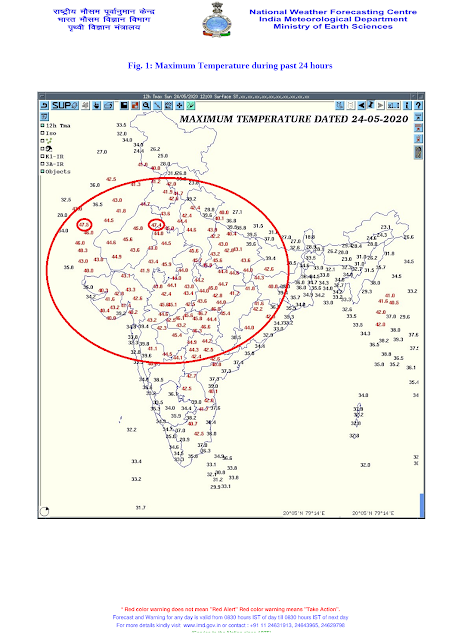