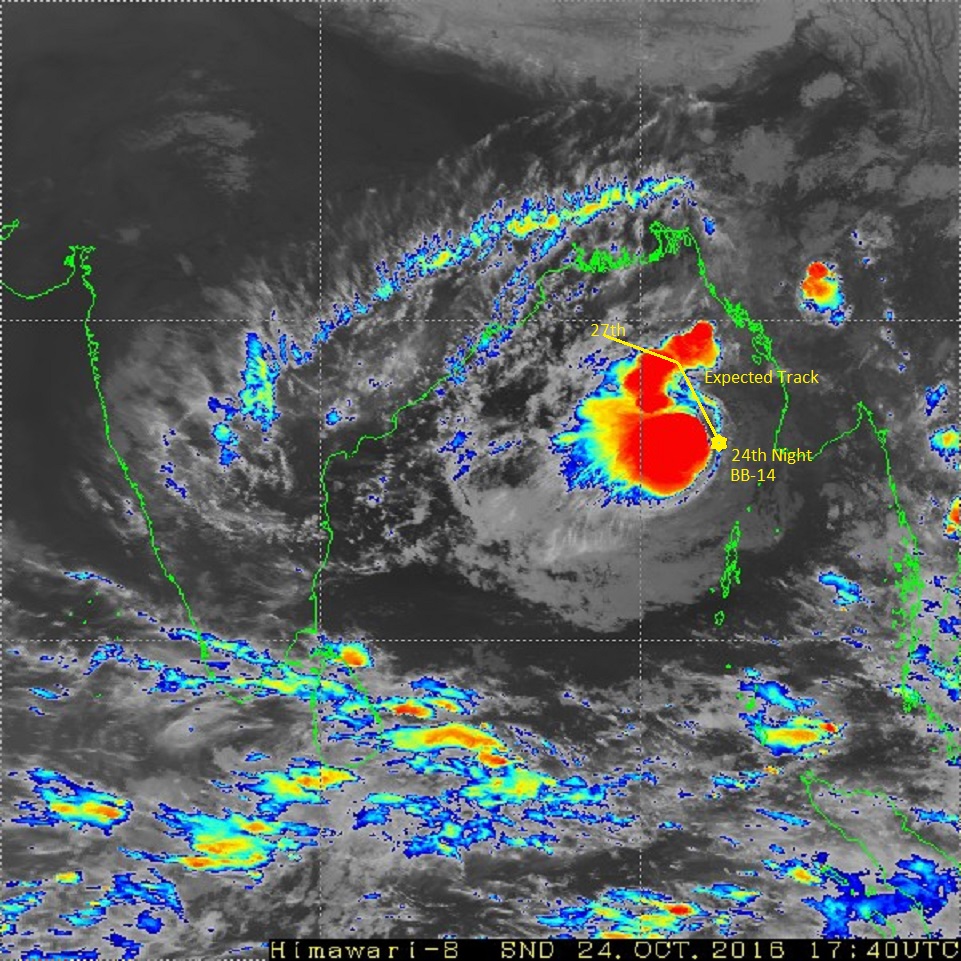 Why is this cyclone causing headache to meteorologists with respect to its track? There has been so many changes in its forecast track?

Trade winds in the tropical Pacific have returned to near-average after a surge in early October. Correspondingly, sea surface temperatures (SSTs) in the central tropical Pacific Ocean cooled, but then rebounded, and remain within the ENSO neutral range. In the atmosphere, the Southern Oscillation Index (SOI) has returned to near-zero values. However, cloudiness near the Date Line continues to reflect a La Niña-like pattern.

Most climate models predict SSTs will remain cooler than average, but ENSO-neutral, through until the end of the 2016–17 summer. Only two of eight models suggest brief, weak La Niña levels may occur towards the end of 2016. The ENSO Outlook remains at La Niña WATCH.

Warmer than average sea surface temperatures to Australia's north suggest that some La Niña-like impacts are likely, even if an event never fully develops.

The negative IOD event, in place since late May, persists. Warming of SSTs east of tropical Africa has seen IOD index values weaken over the past month, but SSTs remain very much warmer than average south of Indonesia. Models indicate the IOD will return to neutral by the end of spring. Both a negative IOD and La Niña typically contribute to increased rainfall in spring for eastern and central Australia.

Next update expected on 8 November 2016

All models now expecting it to move south west. In just 36 hours so much change in its expected path.

cyclone kyant boon or curse for NEM. Entire TN/AP/KAR/KER is cursing Kyant for delay/failure of NEM. Now this cyclone comes further down will it help in reviving NEM or drying this out?

Kyat heading to Nellore in SAP. Guess would cross as a depression near Nellore.

Total disaster -> NEM seems to be in dead before starting, cyclone Kyant also seems to be weakening...

Cyclone kyant is definitely helping NEM by setting up easterlies which were absent.