10 pm IST Sunday....Check this Site for the Monthly in-depth All India Monsoon Analysis by Vagarian GSB.
Few Sites have such detailed analysis....

Mumbai City had the occasional heavy shower on Sunday as mentioned . Rainfall till 5.30 pm on Sunday...Colaba 10 mms, Vagaries ( Mahalaxmi ) 32 mms and Scruz 57 mms.
Northern Suburbs, Thane and some Eastern Outer Townships of Mumbai are experiencing heavy rains on Sunday. Vagarians report of around 100 mms till evening in Borivali and Eastern Township of Badlapur. 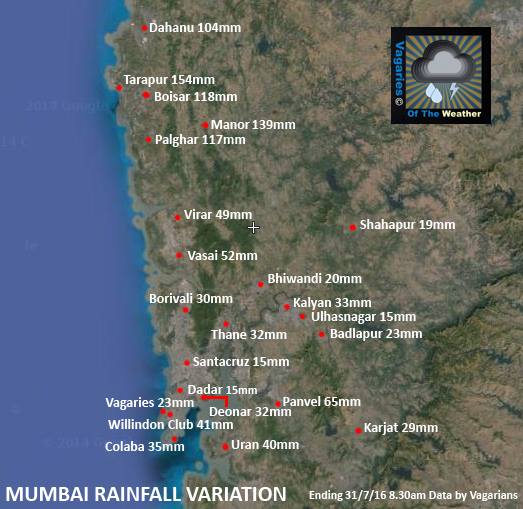 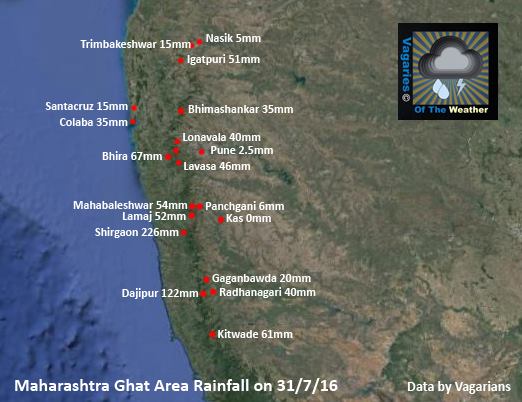 Posted Saturday Night:
A Low is expected to form in the Bay off the Odisha Coast by 3rd August. I have my doubts,if this Low will track inland, at least to some distance. Shall put up a note on Sunday night.

Some parts of Saurashtra and Odisha received good rains on Saturday... with Rajkot getting 94 mms and Surat 44 mms in 9 hrs ended 5.30 pm. Chandbali received 70 mms and Baptla 60 mms.

Parts of Mumbai had sporadic heavy showers on Saturday, with Colaba measuring 29 mms and Scruz only 4 mms.
Much reduced rainfall on Saturday night. Sunday will be cloudy with occasional showers,some heavy. 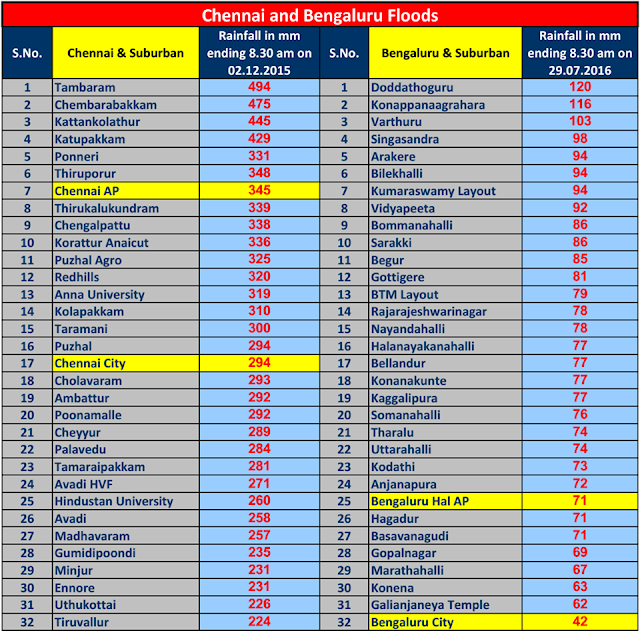 Sir, can you please put your forecast for that and interiors for coming days?
Thanks,
Atul

Sir, we are eagerly awaiting for rain in Ujani dam catchment area... What about Pune? Please put predictions about it...

raining horses and elephants in thane for the last 3 hrs..... radar shows nonstop rain atleast next couple of hours.....expecting it cross much much more than 100 mm

Rain batting like t20 where July 31St is the last over to score max at borivali.Thanks Rajesh sir and Tejas for quick update. :-)

It would be great to get an update on the top rainfall stations across the country till the end of July from Pradeep.

After a very dry June, Cherrapunji and Mawsynram are close to normal levels now following 10 days of very heavy rain in between. Real surprise is northern Ratnagiri district. Even in July, Harnai has had more rain than Mahabaleshwar. Incredible!!

Coastal Karnataka and Kerala have been having comparatively less rains lately. It will be interesting to see a country wide analysis for July.

Guess this year no break monsoon- Central India,MAHA seems to be an extreme spot - now raining cyclonic storm..south konkan, north konkan have been alternating for extreme spell period since june...

I think it could be around 150-200 mm since morning and still raining here in western/northern/central suburbs and thane.

Rajesh sir,whats your forecast for konkan (nagothane,roha)region for next few days?