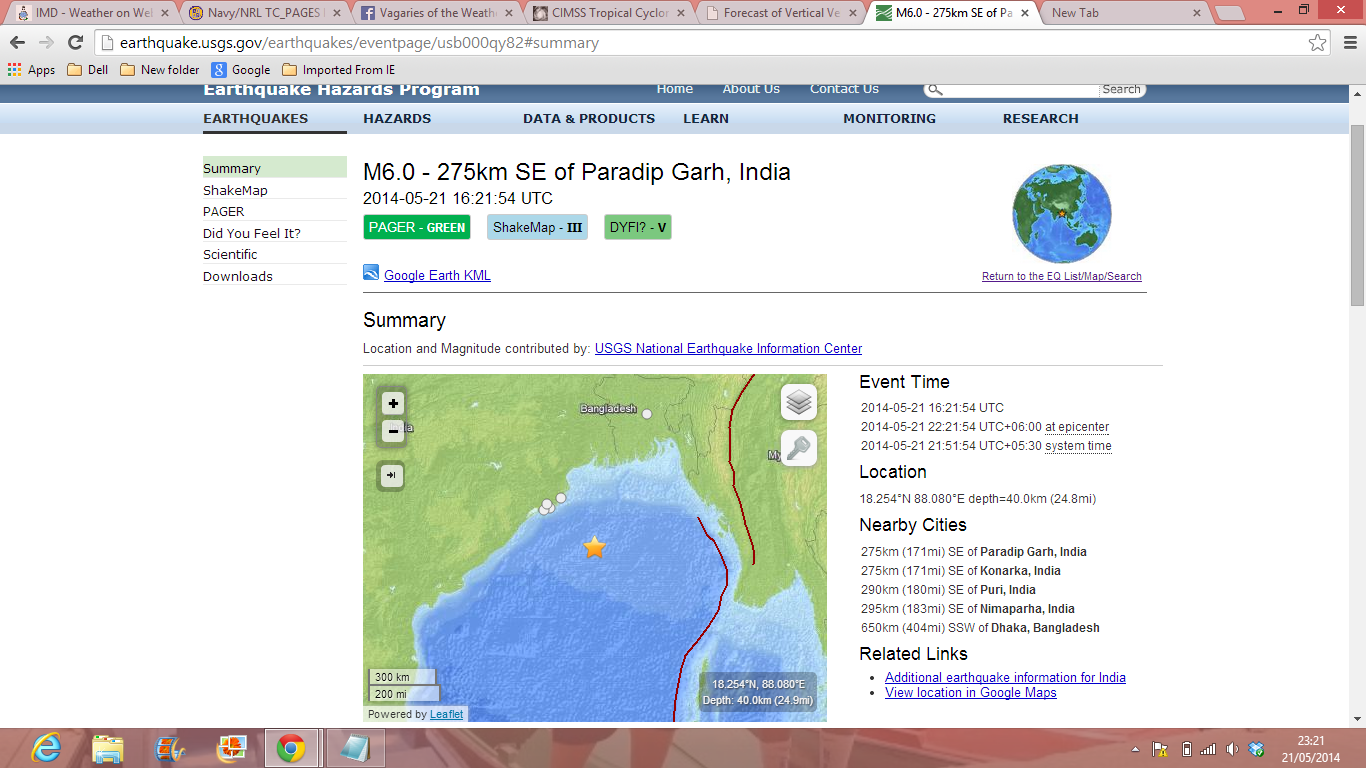 Odisha can expect aftershocks in the next 24hrs...a couple of them may be of M5.0..and several of around M3

As the system moves NE, a trough 'corridor" will be created horizontally along the 21N line.
Possibly guided by the upper winds, which by 25th would be Easterly, a Low may form (or re-form) off the Odisha coast. Early to forecast, but this low could cross the Odisha coast around 26/27th and bring rains in Odisha, Chattisgarh and adjoining Vidarbh. More on this later.

Massive Rains in Karnataka and Tamil Nadu for past 2 days updated in Pradeep's Paage
By Rajesh at May 21, 2014

West coast till Goa and some extent till Sindhudurg dist in S.Konkan are having good pre monsoon rain..

Panji recorded 41.6mm in overnight rain ending 8.30am today. Also crosses 100 mm mark for pre- monsoon rainfall as total recorded is 123.4mm till today which is 69.5mm above normal..

No rain for mumbai it seems that it has rained towards north,south,east of mumbai both no rain in mumbai

@ Hrishikesh - Well Mumbai will have very good pre- monsoon showers once it's starts.

Wasim sir ,
the System in BOB would start affecting South Bengal , from around 25th May morning , the Trough shifts , over WB and adjoining orissa , so scattered rains from 25th may onto 26th may , so finally relief on the cards for kolkattans after 10 days of Heatwave ...

sam/Hrishkesh: Updated my views for Mumbai...