Massive Rains in Cherrapunii and Record Rainfall in Kerala and Karnataka  from BB-1....compiled by Vagarian Pradeep On Pradeep's Page

This Was the Best Watched Solar Flare Ever...See the Best Pic of it on Space News Page
Recent Heavy Rains in Kerala from BB-1....compiled by Vagarian Santosh...and Karnataka Rains sent by Vagarian Puneet....On Current Weather Page 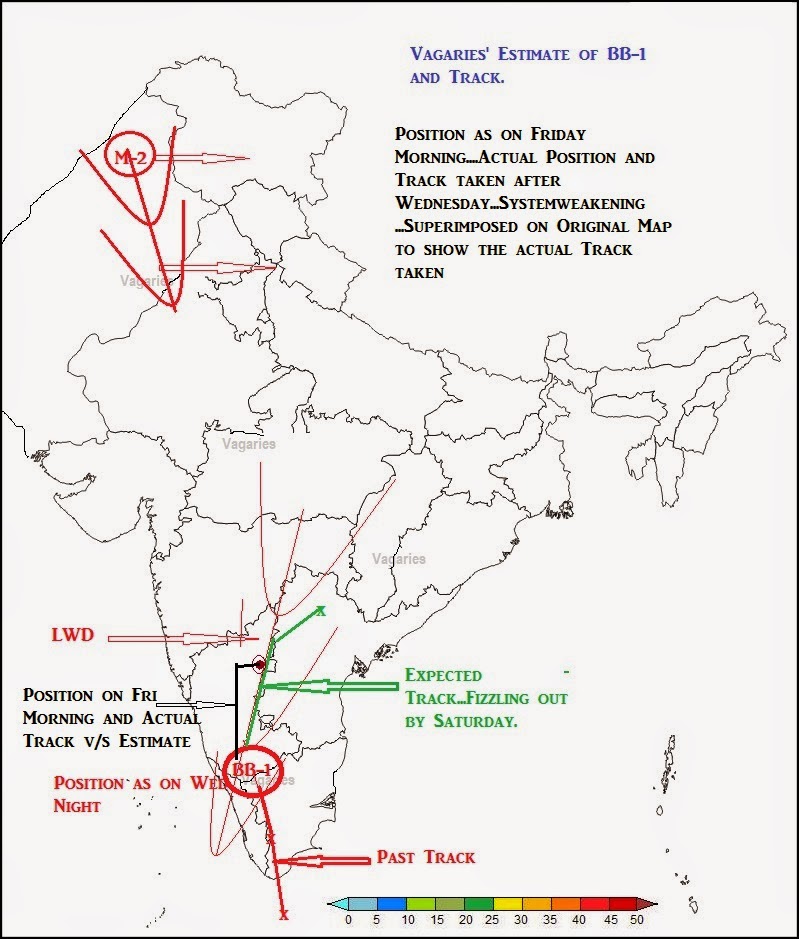 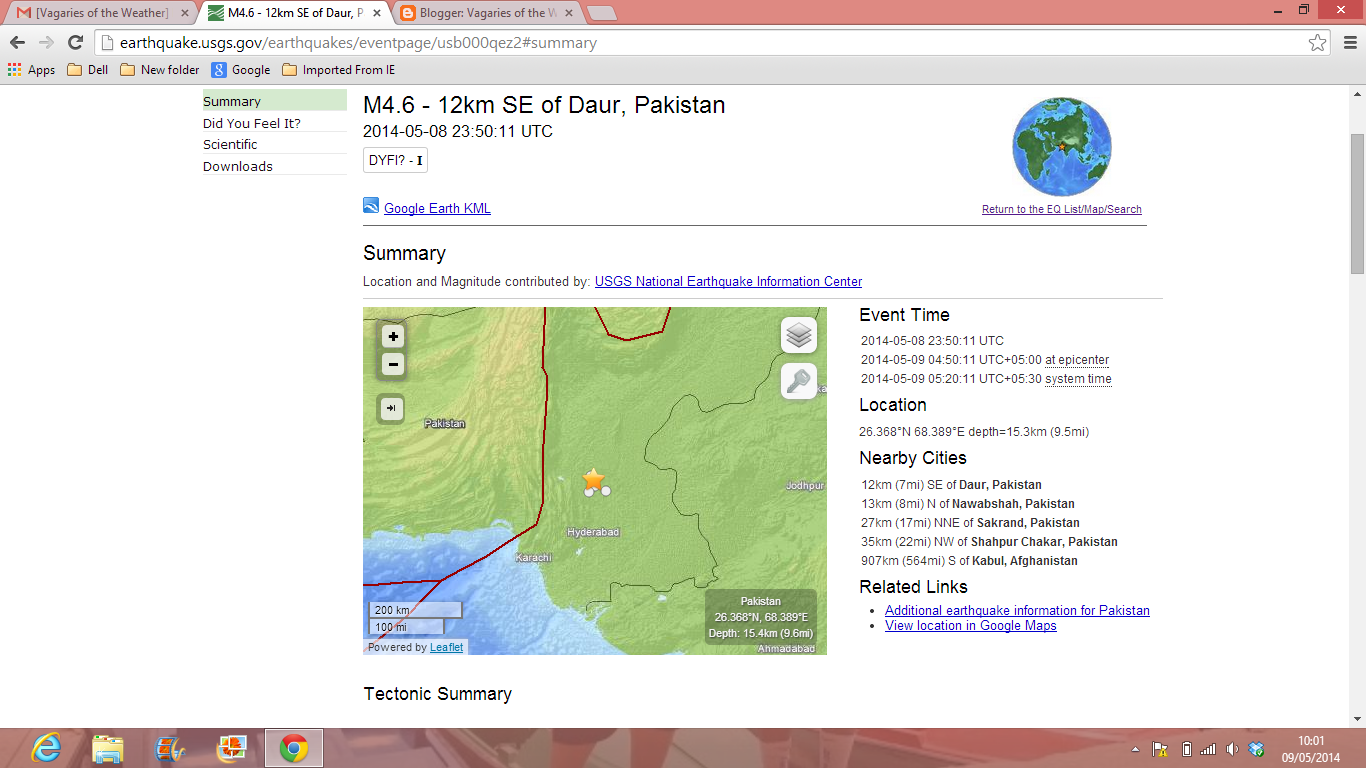 EARTHQUAKE ROCKS NAWABSHAH & ADJOINING AREAS:
NAWABSHAH: An earthquake with a magnitude of 4.5 hit Nawabshah and surrounding areas, damaging houses in various areas that left at least one person dead and 50 others injured.
The injured people, who include women and children, were shifted to hospitals where emergency has been declared.
The quake jolted Nawabshah and its adjoining areas at about 3.55 am . The epicenter of the earthquake was 27 km North East of Nawabshah with depth of 15 km.
The aftershocks continued to shake the quake-hit area, triggering tension in the region....sent by Jawad.
By Rajesh at May 09, 2014

when is the next monsoon watch up ?

how are you doing ?

When is the next monsoon watch will be put up.

Thanks a lot sir (Y)

Hello rajesh sir,
I see that temperature in vidharba has been lower than normal for some days now. Would this impact the SW monsoon in any ways?

Hi Vagarians...Had been to Goa for 3 days attending a beach wedding...Though Pradeep's Page has been regularly updated, I was hoping for a Northern region update from Arpit...anyway, he too must have been busy....though no posts from me on FB or blog, I have read each and every post, and its comments...gone through all the fb posts in our group daily....as i am out of touch now with the latest on the weather...but Just came back, and getting in line now to appraise myself with the current situation.....glad you guys have inter acted and kept me updated also....will get the Monsoon Watch ready in 2 days...