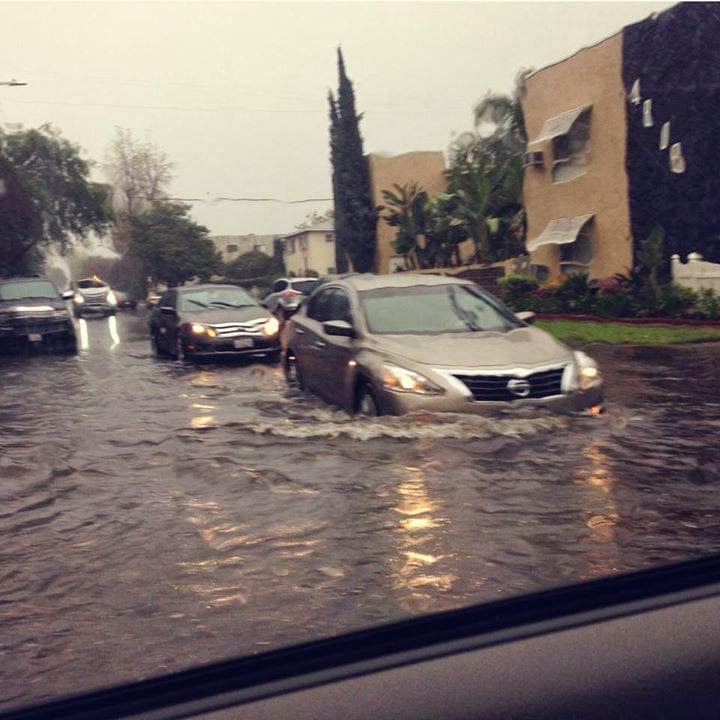 LA on Friday..Sent by Salil

A large winter storm brought much-needed relief to parched California on Friday, boosting its reservoirs and dropping snow on the Sierra Nevada mountains, but the precipitation will not be enough to counter years of drought, officials said.
California is in its third year of a drought that may break all records in the most populous U.S. state.
"Despite these recent storms, it would still have to rain every other day until around May to reach average precipitation totals, and even then we would still be in a drought due to the last two dry years," said Richard Stapler, spokesman for the California Natural Resources Agency.
Brown declared a drought emergency last month and has called on state officials to prepare for water shortages and develop solutions for potentially long-term dry weather.
While the wet weather was welcome, rain and high winds caused road closures and power outages in Southern California and brought enough snow that tire chains were required for driving on mountain roads near the Nevada border.
The Accu Weather service reported that more than an inch of rain had fallen on Southern California since the storm moved in on Thursday night, and that two neighborhoods in the foothills of the San Gabriel mountains had been evacuated as a precaution in case the wet weather prompted mudslides.
Air traffic was also affected at Los Angeles International Airport, where 19 incoming and outgoing flights were canceled on Friday morning, officials said.
Despite the continuation of much-needed rainfall in California, more rain and strong storms could lead to additional problems this Saturday.
While the heavy rainfall is beneficial for the drought-stricken state, mudflow, debris and flash flooding could endanger lives and create multiple problems for the Golden State.
Downtown Los Angeles received 3.29 inches of rain Thursday and Friday, just shy of the 3.60 inches that fell during all of 2013.
Additional rain on Saturday could push the current three-day storm total past last year's amount. 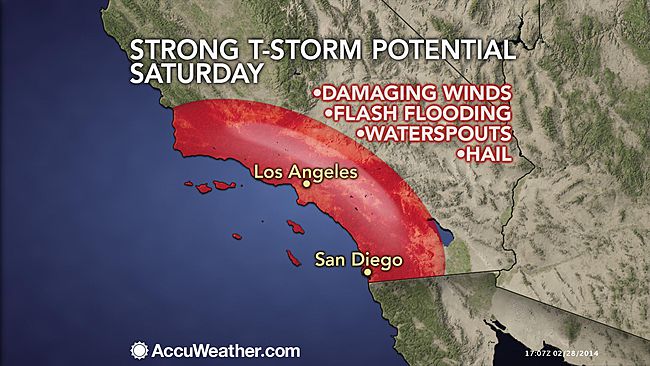 By Sharon Bernstein(Reuter) and Accuweather

Cloudy weather and Light rain expected in Muscat on Sunday...
By Rajesh at March 01, 2014

Meanwhile contrast weather to LA , at Mumbai on sat /sunday->

After 4 months of dry(low humidity) weather ; its time as usual for Mumbai to turn humid this month ..