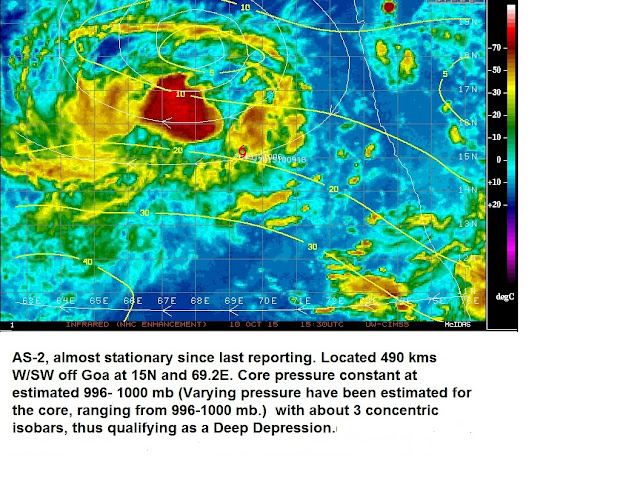 Dry air is now encircling the system from the North, West and South-West...and encroaching in the South also. Almost "choking" AS-2.
But, as the system is stationary, it is not moving into the dry air, and remaining in the saturated region.
Once it moves, I dont see it strengthening further.

Even now, expecting some rains in Mumbai Saturday Night/Sunday...
Pune got some showers on Saturday. 10 mms were measured in the city.Ghat regions of Khandala and Lonavalla too received rains.

On Saturday, Interior Konkan regions had some light rains also, including Eastern Outer townships of Mumbai.
By Rajesh at October 10, 2015

sset: Once again request you not to ignore my previous communications to you. Please identify yourself and be frank and open in approach. If you have any difficulties, please explain so. Thanks.