UAC which formed off Mumbai coast yesterday, moved in a northwest direction and has descended into a low (AS 2) off the Saurashtra coast. Saurashtra & Kutch region may get Thundershowers for another 2 days. Monsoon moving in.

The ( Upper Air) trough line now runs through Gujarat/Maharashtra into the Bay. 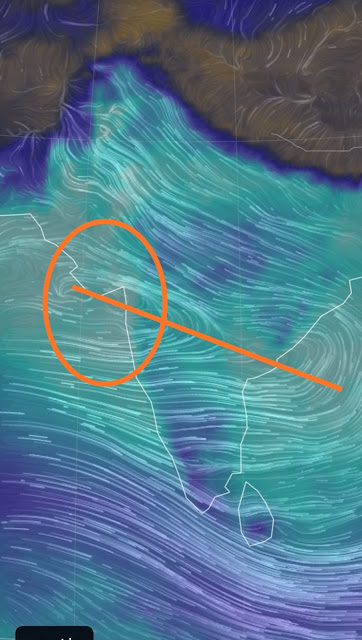 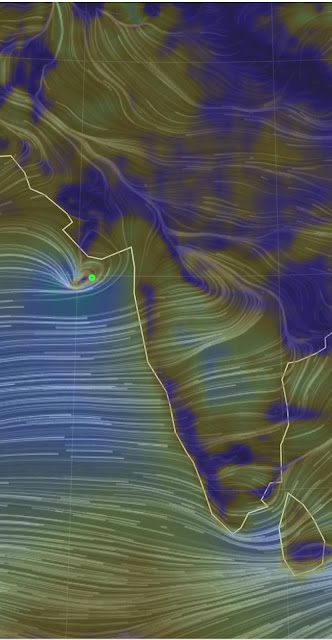 With AS 2 moving in a northwest direction, westerly winds from the Arabian Sea have strengthened over Mumbai and north konkan region along with the formation of offshore trough.

Heavy rain and thunder expected for Mumbai MMR on Tuesday  & Wednesday along with entire konkan-Goa coast.

On Monday, Mumbai Colaba recorded 49 mms and Scruz 43 mms in the day.

Pune can get light to moderate showers on Tuesday & Wednesday. Another cool day on Tuesday.

Karachi and Sindh Coast will be getting showers on Tuesday 13th. Monsoon moving in.