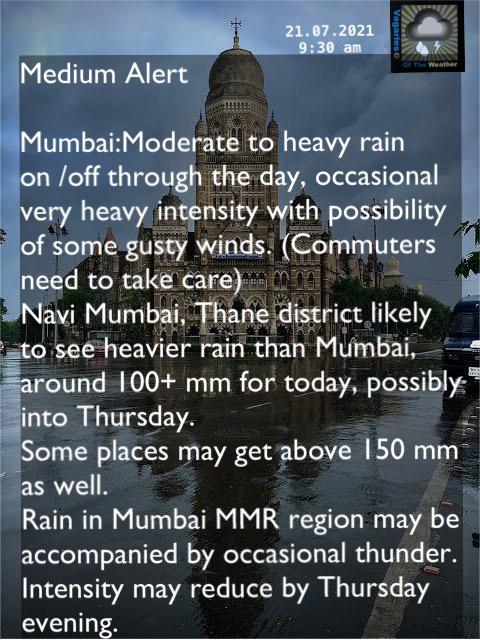 Active west coast offshore trough will result in heavy rain over konkan and Goa regions. A low pressure area BB-6 (currently as a UAC over north Bay of Bengal) likely to descend to surface level near Odisha/West Bengal coast by 22nd. Likely to track NW.

This will further keep the rains active along the west coast and Ghats region due to strengthening pull effect westerlies from the Arabian Sea.

Due to these conditions, rain also likely to increase to moderate /heavy in Vidarbha and Telangana regions (from tonight and persisting till tomorrow) along with parts of Odisha and West Bengal.

Parts of Marathwada close to Telangana may see some light to moderate rain. 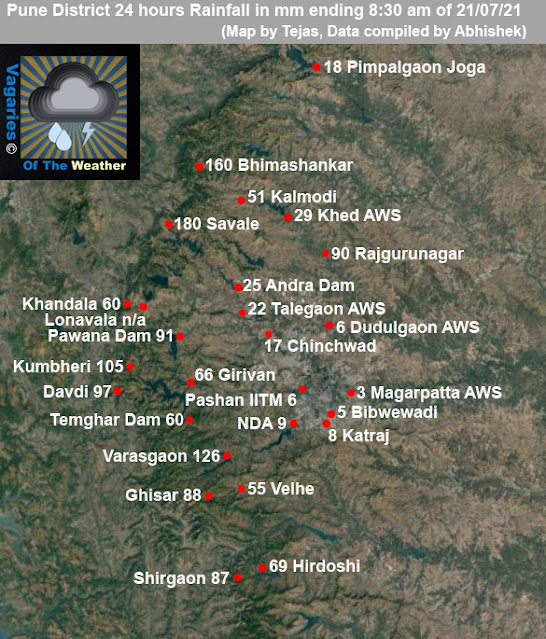 1.5 months left - if rains fail KAR and KER will stare at massive droughts.
Entire SWM seems to favour only MAHA

Tanmay: It will be put up at the end of the Month..

Sir what about karachi from BB6?