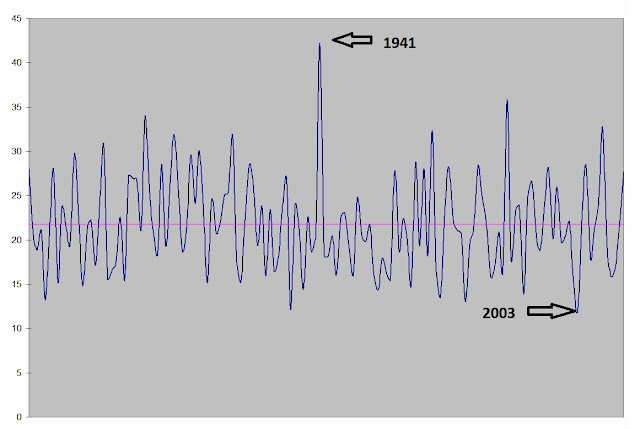 Very good and detailed analysis by our analysis expert. Very informative with insight.

Thank you for the analysis. A lot has been said about the decreasing nature of rainfall without also speaking about the stupendous growth in the utilization of resources. When we utilize an ever increasing portion of available water, we are bound to feel the impacts of even minor variations in the expected quantum of rainfall. Again we should remember that nature is not bound by our estimated averages (considering the relatively negligible periods of time(with reference to how long the phenomenon of the monsoon has been impacting the subcontinent) that we have recorded data regarding precipitation), so I truly believe that instead of worrying over that perceived drying up of the south (which may or may not be true), we should be directing out concerns and efforts towards strategies which would help us tide over these deviations from expected rainfall quantities.

We request our climate scientist ( sset ji ) to throw light through analogous analysis on the correlation between droughts around the world ( eg.europe ) and excess rains in Guj/ Raj

The world seems the same ..an inherently dry division showing a dry performance against an inherently wet division ..business as usual

What r the predictions for next week Rajesh Sir

Please say something on Western region of TN.

Absolutely incorrect. The botheration is about Ghat sections of SI KARNATAKA Shimoga and COORG districts. Insofar as COORG is concerned the years were 1961 1978 1979 1980 1991 2005 2010 and 2013. In 1986 COORG did not get sufficient rains. Further the Ghat sections Agum be Hullikal Thalai Cauvery get more than 6000mm of rain. The heaviest areas include Nilgiris as well as Anamalais stretching from Munnar to Valparaiso. The average rainfall of coastal Karnataka is 2500-3000mm which is more than Goa. Further the Ghat sections of Konkan should not be clubbed with Goa. The flood fury of Cauvery in 1961 and 1991 don't find place in Statistics. 1978 and 1979 were the best years of Shimoga when in 1978 Dhadava thi Kali adhi went on spate and in 1978 Linganamakki reservoir surplussed.

Nice analysis. Always nice to fall back on data.

Those who do not agree with the finding/methodology of this specific analysis can pick a few stations from a region of their choice and share the rainfall numbers for those stations for the last 50 years to see if there is any increasing/decreasing trend at all. That can tell us if that specific region is drying up or not.

After heavy showers in the morning and early afternoon, now the sun is out here in Goregaon Mumbai

June and July 2017 cumulative yielding surplus of 1.6% all over India.

GSB, nice data. But there is some catch as Tejaswi mentions.. Coastal Karnataka and Ghat sections close by( Kudremukh, Sampaje-Madikeri stretch, Shiradi etc) have been faring poorly over past few years. These locations usually average >600cms consistently. Many stations here reported 25 to 30% deficeiency in 2016 and same looks to be true for 2017 too. Also, having grown up there in an agricultural family, I have been hearing one interesting fact from my friends/folks all over the region. No multi-day heavy spells for past few years! Many local streams haven't overflowed as often and this year none at all. While this might be a small blip of 5/10year durations in the longer time-frame, some phenomenon is surely affecting the Dakshina Kannada, adjoining Kerala (north), Wayanad and Coorg districts. South Interior Karnataka(except ghats in Shivamogga) is inherently dry and single spell or two can drastically change numbers.

GSB, nice data. But there is some catch as Tejaswi mentions.. Coastal Karnataka and Ghat sections close by( Kudremukh, Sampaje-Madikeri stretch, Shiradi etc) have been faring poorly over past few years. These locations usually average > 600cms consistently. Many stations here reported 25 to 30% deficiency in 2016 and same looks to be true for 2017 too. Also, having grown up there in an agricultural family, I have been hearing one interesting fact from my friends/folks all over the region. No multi-day heavy spells for past few years! Many local streams haven't overflowed as often and this year none at all. While this might be a small blip of 5/10year durations in the longer time-frame, some phenomenon is surely affecting the Dakshina Kannada, adjoining Kerala (north), Wayanad and Coorg districts. Uttarak Kannada district doesn't seem as affected. South Interior Karnataka(except ghats in Shivamogga) is inherently dry and single spell or two can drastically change numbers so that correlation may not be that useful.

Thanks Gurvinder/Rohit/GSB for statistical analysis - valuable insight.
As u say maybe wait till September.
Some suggestion maybe year range is far too back in past, last 5-10 years may show trend.

Common people like me (no real knowledge about weather)- for instance if we see top 10/20 rainy spots - KAR, KER is slowly being replaced by MAHA. KER is slowly being added to drought regions list which was unheard in past. Same with Cauvery basin regions (Kodagu). Leave apart south AP/TN which are highly drought oriented (NEM dependent)

It says continuous low pressure formation over GUJ/RAJ due to western disturbances!
Another factor WD are increasing becoming interference during SWM and NEM.

Good to see from southern region new bloggers are added to Vagaries.

Subdivision of PUNJAB And Haryana which started monsoon with bang slowly lost their surplus.They can go into deficient zone as monsoon axis going to foothills in early August.New Delhi itself ended june with 190% surplus now+31% and Palam -22%. No low moving towards Haryana punjab.

The El Niño-Southern Oscillation (ENSO) remains neutral. All climate models surveyed by the Bureau indicate the tropical Pacific Ocean is likely to stay ENSO-neutral for the rest of 2017.

Sea surface temperatures (SSTs) in the central tropical Pacific have cooled over the past fortnight, but remain slightly warmer than average, and well within the neutral range. The 30-day Southern Oscillation Index (SOI) has been somewhat volatile over the past two months, but remains neutral. Other indicators of ENSO, such as cloudiness near the Date Line and trade winds also remain at neutral levels.

The Indian Ocean Dipole (IOD) is neutral. Two of six climate models suggest positive IOD thresholds could be reached in the coming months but only one model maintains these values long enough to be considered a positive IOD event. Positive IOD events are typically associated with below average winter and spring rainfall over central and southern Australia. 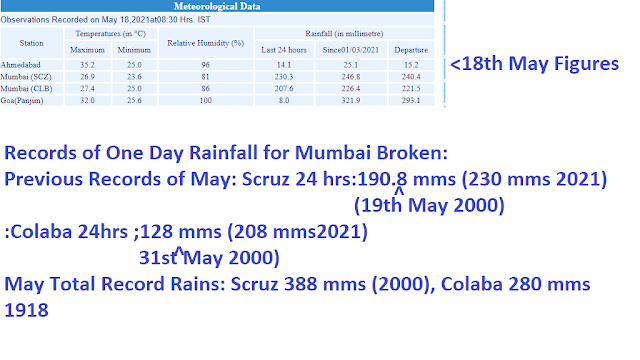