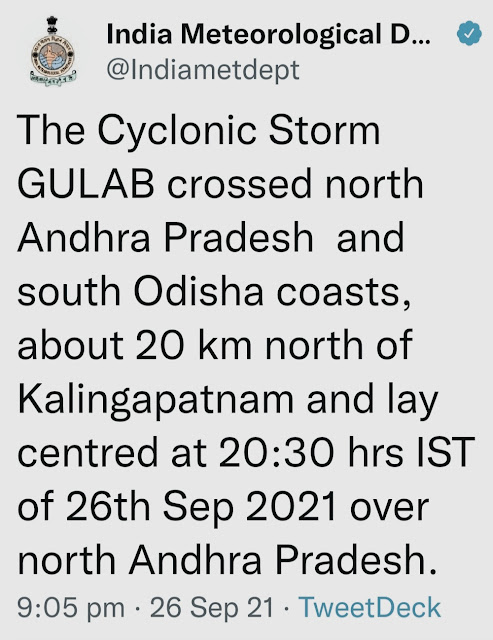 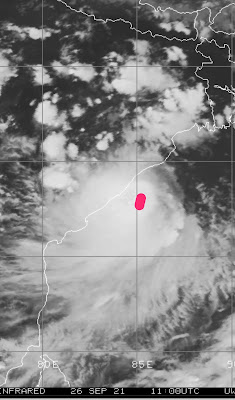 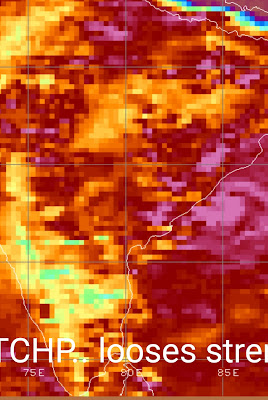 As the Cyclonic storm moves West ( and weakens into a Depression) from the East Coast of India towards Maharshtra, the rainfall in the State will gradually increase from Monday.

North Madhya Maharashtra will be impact of the system with  heavy rainfall on Tuesday 29th. Nasik can record more  than 100 mms on Tuesday. Jalgaon impact may not be very heavy, but moderate.

Marathwada and Aurangabad Region will get frequent heavy showers on Monday 27th  and Tuesday 28th. Intensity will be more from Monday. Rainfall amount around 25-50 mms per day in the various places. Precautions and covering of the already cut crops lying in the open will have to be taken .

Mumbai: Rains again ! From Monday, there will be another increase in rainfall. Rains and strong winds from Monday evening turning to intermittent steady rains with thunder on Monday Night., with the rainfall peaking on Tuesday 28th. Around 75-125 mms expected from Monday Night to Tuesday Night.

Pune: Rains commencing from Monday . Getting more intense and frequent on Tuesday. Tuesday 28th will be a rainy day, with the day around 23/24c and a good 40-60 mms of rainfall.

Ghat stations will get heavy rains on Monday and Tuesday.

The impact will be comparatively less in Goa. Rainfall on Monday will be occasional. Tuesday will get intermittent heavy showers. No alerts needed for Goa.

Gujarat: The State will get the impact of a Depression or a Well Marked Low.

On 28th Tuesday, we see rainfall increasing substantially in the Gujarat regions. Heavy falls expected on Tuesday in Surat ( 30-70 mms) and Bharuch ( 20-30 mms).

Saurashtra region will get the benefit of rains from Tuesday thru Wednesday.

Rawat: No effect of system in Delhi...in fact i think SWM will withdraw from West Rajasthan after this system is gone.

Thanks sir for replying