GOA RECEIVES LOWEST RAINFALL IN AUGUST IN NEARLY A DECADE

During August this year, Goa received the lowest rainfall in the last 8 years that Weather Vagaries Goa has kept records.

As per IMD, Goa Centre data, Goa received just 368 mm area weighted average rainfall in August this year, compared to a normal of 703 mm - a deficiency of 47.7% (see Chart)

However due to the excess seasonal rainfall of 14% as of July end, the overall deficiency as of August end this year is limited to just 3%. 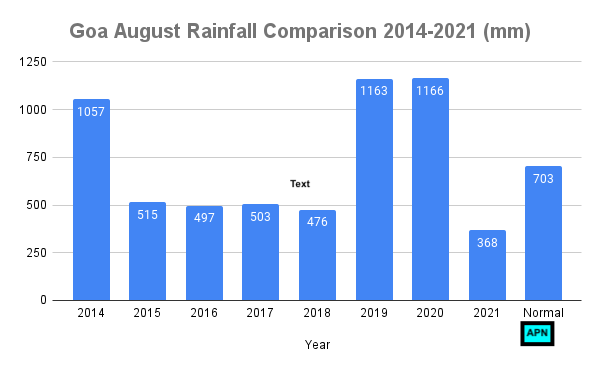 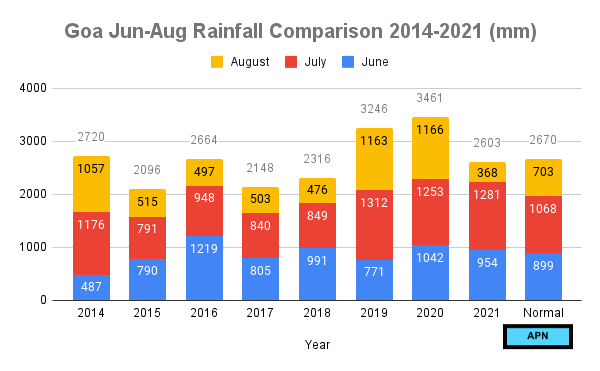 ernem continues to be the wettest place with 132 inches of rainfall in three months, followed by Quepem and Valpoi. (See Chart. Data from IMD, Goa Centre and Weather Vagaries Goa Rain Gauge at Margao). 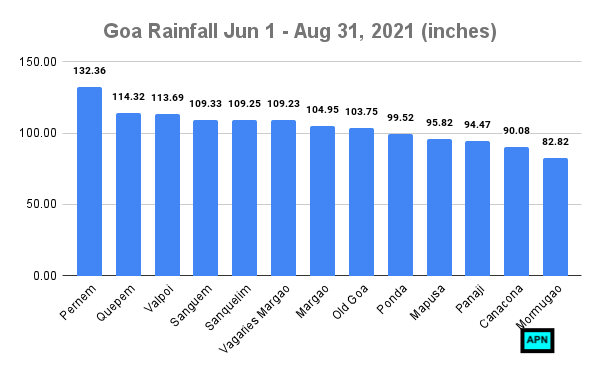 Last two years were above normal monsoon over India.

It is very unusual to have more than 2 years with above normal rainfall.

With just one month of September remaining for the monsoon season, we will see if this is indeed true!

Rajesh, may I request you to provide a fresh update for North Gujarat rains ? For next 2 weeks ? Just from a sowing season perspective. Thanks.