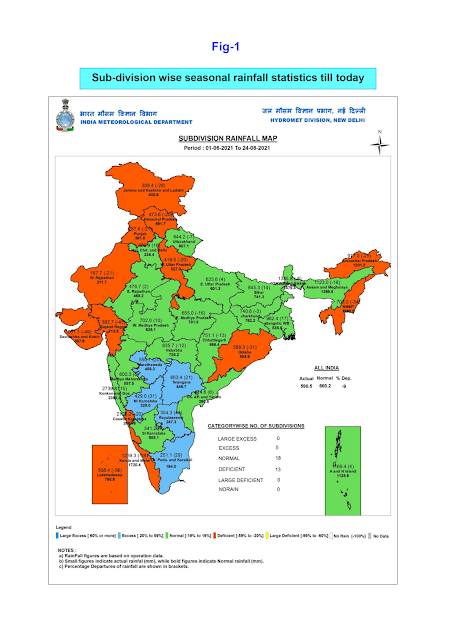 espite rains over east and northeast India, the rainfall deficiency has risen to -9% and can reach -10% in a day or two.
This August is heading for one of the worst hit monsoon month and can draw parallel with August 2009, a severe drought year.

Deficiency  in the main  monsoon month like August can adversely impact the seasonal performance.

Kerala faces worst drought guess must be in last 5-10 years. After May SWM completely disappeared from 'gateway of monsoon - kerala'. Not a single spell of heavy rain.
Coastal KAR and Malnad very weak SWM- Cauvery and other lakes no rain.
If NEM fails then TN, KAR, KER, AP tensions will arise.

Only MAHA is in excess and Konkan is topper with all extreme rains !