But the rains in Kerala was less on 2nd. 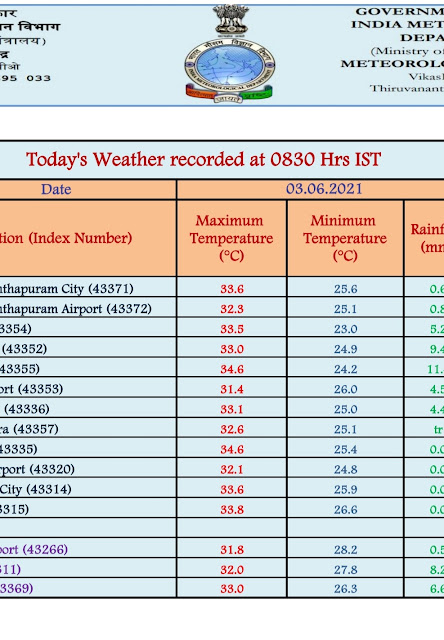 Thus preventing the Monsoon from further advance into Kerala on 3rd( The Upper winds are NW).
Kerala at 3pm IST on Thursday.. Clouding -in -waiting off shore 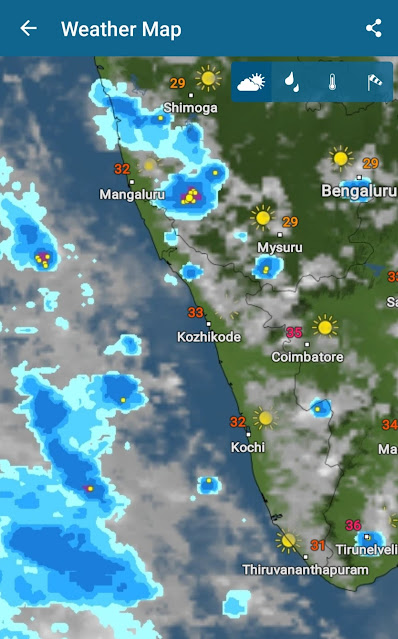 Further advance after Kerala into Karnataka not before 7th.
Proper Monsoon still not setting in Marathwada before 13th June.
By Rajesh at June 03, 2021