Mumbai: Sunday and Monday will be partly cloudy. Windy from NW in the evenings...Day around 32/33c and nights around 24c.

Pune: Likely to remain around 40c next 2 days. Dropping temperatures at night will push the minimum to 19c.

Mumbai SCZ was warmer last year , compared to 3 years back 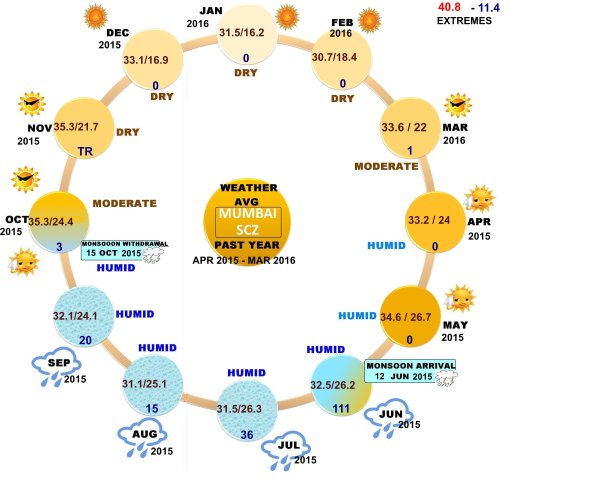 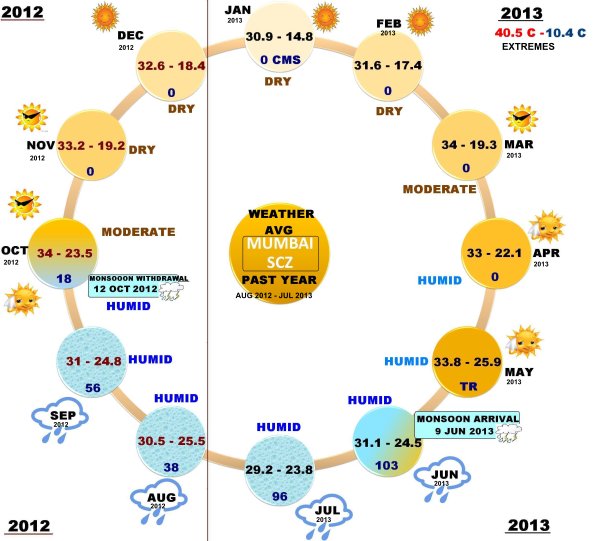 sudhir vitta:
Navi Mumbai gets water supply from The Morbe Dam. (Small amount is supplied to Kharghar and Kamothe).
The dam level at Morbe has reached 70m on March 28, with the gross storage being recorded at 53.66 million cubic meters (MCM). Morbe dam has storage capacity of 190 MCM. About 28% full.
Water cannot be released to the treatment plant if the level goes below 55m, which is termed as dead storage.

The civic administration has already brought down the quantity of water supplied in phases from 421 MLD since mid-September to the current 300 MLD.
The civic body will be able to provide 300 MLD of water only for the next 129 days.

Its forecast is in step with predictions of Australian, US and Indian scientists who say that that the monsoon-disrupting El Nino phenomenon is ebbing and will be completely neutralised before the monsoon strikes the Kerala coast on June 1.

However, weather scientists caution that CFS is still an experimental model and its current assessment is based on weather parameters until February, while the India Meteorological Department (IMD) needs weather parameters till March to give its official monsoon forecast.

"We will issue our official forecast only when all the parameters till March are available," said DS Pai, head of long-range weather forecasting at IMD.

However, many forecasters are already saying this year's monsoon rainfall will be normal. Last week, Weather Risk predicted good rainfall this season.

"The models are indicating above-average rainfall from June to September," said Kanti Prasad, head meteorology at Weather Risk and former director of the National Centre for Medium Range Weather Forecasting at the weather office.

The IMD, which accurately forecast last year's weak rainfall, and Skymet, which got its forecast completely wrong in 2015, are also expected to issue their predictions this month.

Scientists said the new forecast model of the IITM is a fully coupled ocean-atmosphere-land model being developed by the institute.

The Ministry of Earth Sciences wants IMD to use CFS model as the main model for official forecast of India's summer monsoon by 2017.

Weather scientists across the globe say the El Nino conditions, which led to two consecutive droughts in India, are weakening, while La Nina conditions are likely to set in only after the Indian summer season is over.

The Australian meteorological department in its forecast on March 29 said the decline of the 2015-16 El Nino continues in the tropical pacific.

However, the accuracy of forecasts made at this time of year is lower than those at other times, and some caution should be exercised," it said.

Its is very hot. Never seen a summer like this.
Hope the rains start next week.

vijay: Bangalore will remain in the 35/36c range till Thursday at least...light rain expected on Thursday.

@ Vijay. I feel it's normal April Summer for Bangalore !! As every year recording 36-37c is common as per last 10yrs data for April..