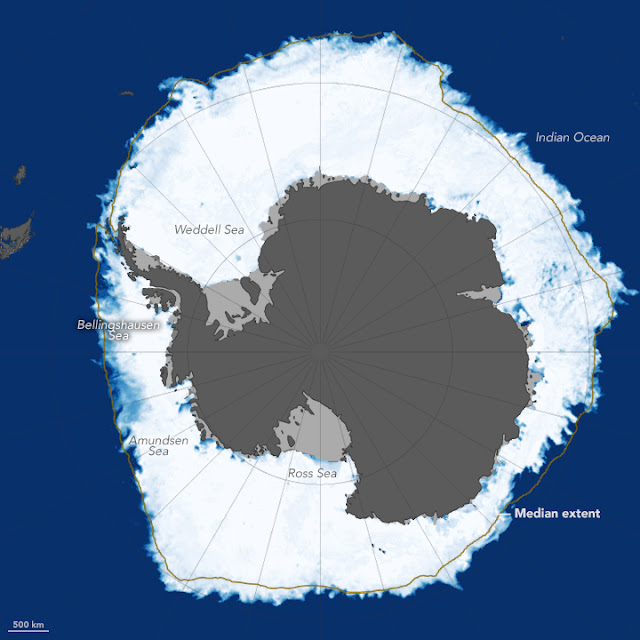 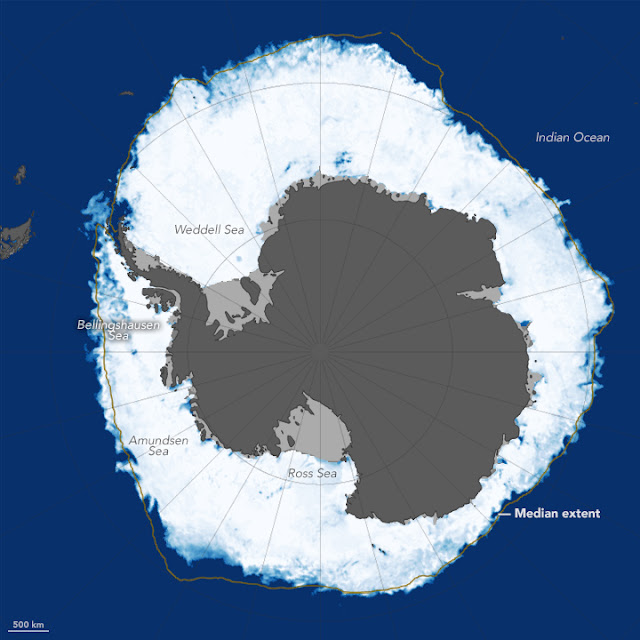 Scientists think the strong El Niño could have had an effect on Antarctic sea ice in 2015. El Niño causes higher sea level pressure, warmer air temperature, and warmer sea surface temperature in the seas off west Antarctica—all of which affect the sea ice distribution. 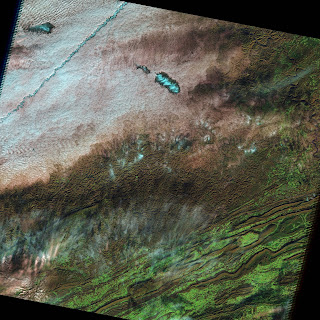 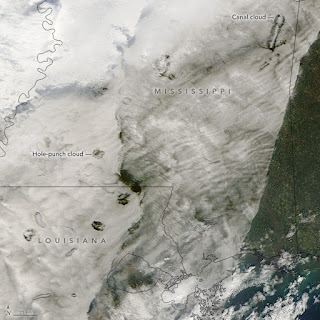 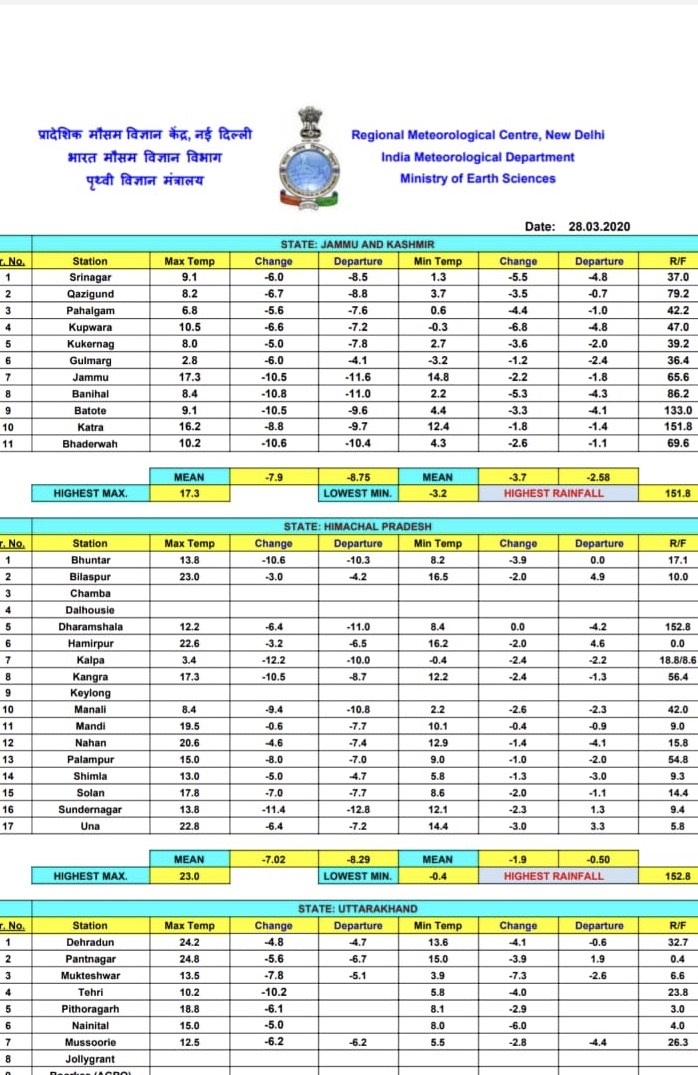