*Thunderstorm and moderate rainfall is likely over Delhi NCR Moderate

*Widespread rainfall may occur over Bihar and Jharkhand

*Mercury will dip in Punjab, Chandigarh, Haryana, Rajasthan and parts of UP

An induced cyclonic circulation over Rajasthan/Punjab region (associated with the WD F-1) is likely to give rain/thunderstorms with chance of hail over northern plains today and reducing from tomorrow onwards.

Both the WD and cyclonic circulation likely to move east which would result in rains across UP, Bihar, Jharkhand, northern parts of Chhattisgarh, Odisha and West Bengal starting today afternoon and continuing tomorrow.

Almost entire Northeast region of India to also get rain/Thundershowers starting with some heavy intensity on 4th February.

Eastern Himalayas to get heavy precipitation on 4th Feb.

Increase in westerly winds from the Arabian sea has resulted in rise in humidity and a foggy morning in Mumbai and Thane region. 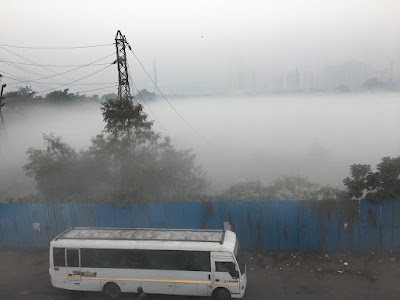 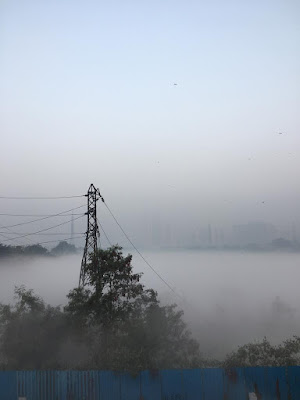 Outlook: Day temperature today 3rd and tomorrow 4th Feb is likely to remain below 30°C, possibly around 28°C owing to WD F-1 effect. Nights will be cool and pleasant around 16°C, more cooler for interiors in Thane district.

Daytime temperature may however rise again from 5th Feb as the WD effect diminishes.

Pune: Warmer days with max around 31°C today and tomorrow, while nights can remain cool around 10-11°C.