Loyalists of Vagaries, who have been with us for years, now please utilise your experience to explain this  ⬇

Something very amazing and bizarre..Vagarians can give an explanation for this in comments...please read and study the full

article, and explain this to me..⬇

An unusual, if not disturbing, cloud pattern in the visible satellite imagery....18th November 2021.

As shown below, you can see the object of concern.....a nearly perfect rectangle in the low clouds (mainly stratus and stratocumulus) due west of Baja California 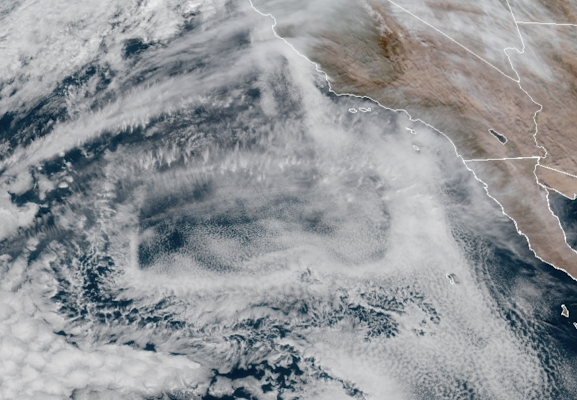 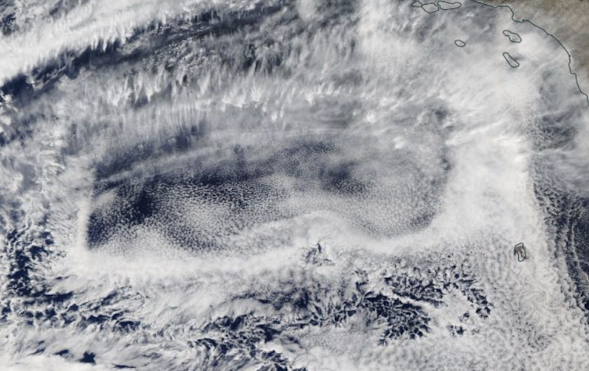 What is particularly odd is that the box seems to nearly remain in place over time.  This is not normal.

We have some international experts on low clouds in the subtropics in my department. In the past, several have talked about human intervention to modify such clouds artificially as a tool to reduce global warming.

They assured me that no such experiment was going on and they could not explain this bizarre appearance.

The Guardian newspaper also emailed about it, asking if this feature is the result of global warming.  I assured them that there was no reason to expect that to be the case.

(And Charles Mudede, the self-styled "Green Mussolini"  at the Seattle Stranger, also called, suggesting it was a "Wiccan rectangle."   He also noted that it could be related to "Lucifer's rectangle." )

The truth is that the cloud rectangle is probably just a random natural phenomenon: with enough time a strange geometric pattern is bound to appear.