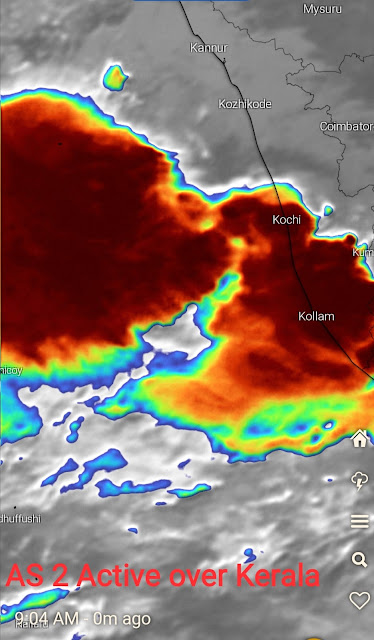 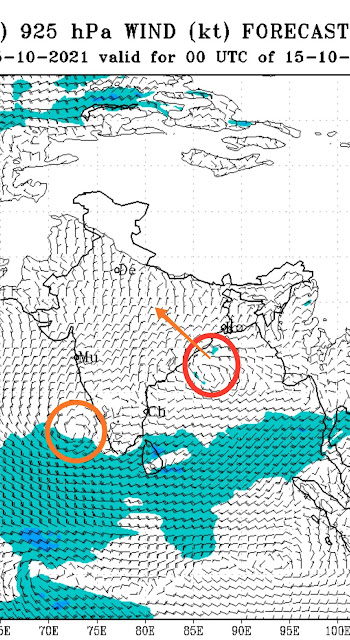 Low pressure are BB-15 forms in the Bay of Bengal, may become well marked. Likely to move in a west-northwest direction, cross north AP and adjoining south Odisha coasts bringing heavy rain in these regions. South Chhattisgarh, Telangana and Vidarbha to get moderate rain with heavy in some places over next 2 days.

Vidarbha region may witness rain from 16-18 October, parts of Marathwada and north Madhya Maharashtra (Jalgaon, Dhule) may see light to moderate rain during 16-18 October. Less chance for Pune, although some increased cloudiness with warmer night temperatures.

A western disturbance in the form of a trough in the westerly jet stream at 200 hPa is likely to develop over the North West subcontinent.

This is likely to result in rain across north India. Sunday 17th and Monday 18th October will see rain/Thundershowers across UP, NCR region, parts of Haryana and Punjab.

Himachal Pradesh may witness moderate rain and higher reaches snow. Uttarakhand along with parts of Nepal likely to witness heavy to very heavy rain/snow, with threat of landslides triggered by very heavy precipitation. *Avoid Travel to Uttarakhand* from 17-19 October.

The UAC over Arabian Sea has descended to form a low pressure area AS 2 near the Lakshadweep region. This will bring strong moisture laden  westerlies and moderate-heavy rain for Kerala, southern Karnataka and Lakshadweep region over next 2 days.

What is the fate of NEM ?

Why excessive rain lashing South Bengal?
When we can expected clear sky?