A brief Update on Chennai estimate tonite at 11 pm IST

Chennai: Mostly cloudy on Wednesday with frequent showers. The intensity could be heavy, but shorter duration. The 24 hr rainfall could be around 50 mms. The sky may show some clearing by evening. Decrease in rainfall on Thursday.Rains may linger on throughout this week though.

The formation of the Vortex has weakened, or rather it has to an extent merged in the trough. The Vortex normally remains stagnant as explained earlier.
But, some charters prefer to show the formation as a Low (shown in a chart yesterday on this site).

With a rigid High pressure ridge in the North of the formation, and obstructing the trough, the whole system was "blocked " from moving North. The anti cyclone (again) played a part in the prolonged rainfall over Chennai
By Rajesh at December 02, 2015

Here we have from vagaries scientific explanation for TN extreme rains, but on other hand weather people simply say global warming

Any idea how is "Cauvery river" doing? With North coastal TN getting good rains wasting into sea - hope it rains interior for Cauvery to overflow-lifeline for TN.

Guess a person who is about 100years alive in chennai would see in his life time this kind of rains -- it has broken 100years records.

In south its NEM vs chennaites.In north its Delhiites vs smog.

Thanks Sir for chennai forecast during critical times. Please let us know if you are seeing any alerts in next few days as rescue operations are being done in many areas in chennai. 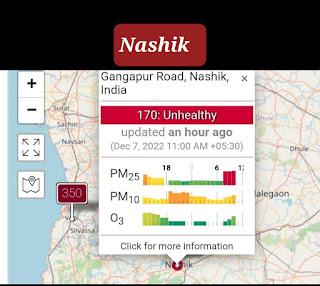