The year that was... 2021 some few selected excerpts & Extreme Events from Vagarians.. Not covered all, Some events maybe missed 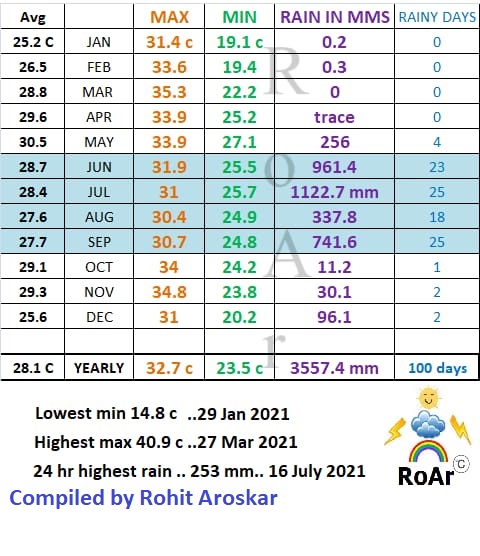 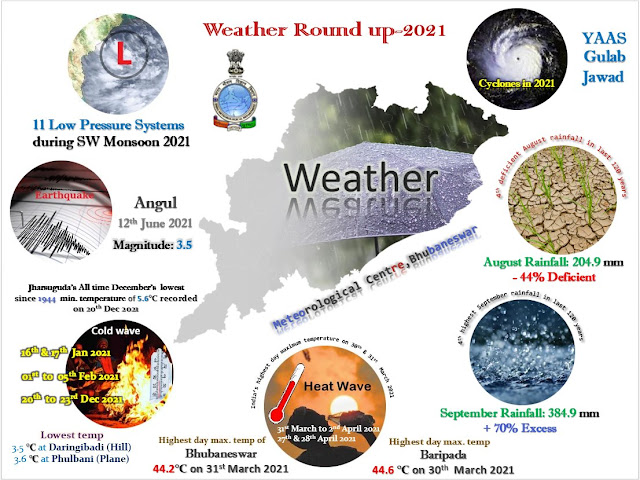 Badlapur Weather Summary at Glance for 2021 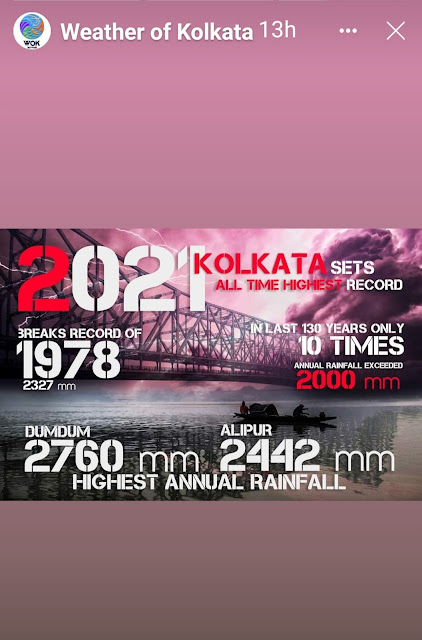 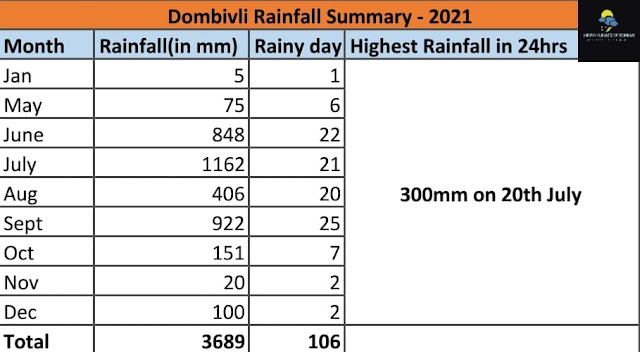 A few International Events compiled by Vagaries ⬇
4th October
A weather station in Cairo Montenotte, Province of Savona in the NW Italian region of Liguria, recorded 496 mm of rain in just 6 hours, breaking the country's 6-hour rainfall record of 472 mm set in 2011
11th August
The Italian island of Sicily may have registered the hottest temperature ever recorded in Europe - 48.8C. Regional authorities reported the reading, which needs to be verified by the World Meteorological Organization (WMO), near Syracuse today. According to the WMO, the current official record in Europe is 48C, registered in Athens, Greece, in 1977.
8th-12th June
India's largest city Mumbai registered a total of 715.3 mm of rain duing 8-12 June - the June average is 126.1 mm.
17th June
The ongoing severe heatwave continues to grip the south-western states of the US, with temperatures exceeding 40C in a number of cities. Furnace Creek in Death Valley, California, recorded a maximum temperature of 53.2C, which is a new world record for the month and only 1.2 degC off the all-time global temperature record, 54.4C. The following night also broke June records for the warmest night in North America, with a low of 40.6C at Stovepipe Wells. Mexicali, in Mexico, also recorded a high of 50C on 17 June, adding to the growing list of countries that have hit 50C this year.
23rd June
Moscow has seen its hottest June day for 120 years after the temperature hit 34.7C
June
Canada broke its temperature record for a third straight day - 49.6C in Lytton
17th April
Intense hailstorms and heavy rain lashed parts of Saudi Arabia over the past couple of days, completely covering desert sand in Hail city and Asir region. Meteorologists at the Jordan-based ArabiaWeather network said that the intense hailstorm hit Hail when the temperature was around 28C. According to the Saudi National Centre for Meteorology, heavy thunderstorms and hailstorms, accompanied by snowfall, also took place in several cities in Asir, including Abha, Khamis Mushait, Tanuma and Al Namas.
On 14 February, temperatures dipped all the way down to -19F at Minneapolis-St. Paul International Airport, just missing a record low temperature for the date originally set in 1875. But now just three weeks later, city residents are dressing for a very different record. Today, the city reached a high temperature of 62F, shattering the previous high-temperature record of 61F for the date in the city last reached in 1879.
26th March
The cherry blossom season, Japan's traditional sign of spring, has peaked at the earliest date since records began 1200 years ago, research shows. The 2021 season in the city of Kyoto peaked on 26 March, according to data collected by Osaka University. Increasingly early flowerings in recent decades are likely to be as a result of climate change, scientists say. The records from Kyoto go back to 812 AD in imperial court documents and diaries. The city has experienced an unusually warm spring this year. The previous record there was set in 1409, when the season reached its peak on 27 March
16th-17th February
Heavy snow over parts of the Middle East, including Syria, Lebanon, and Israel led to the blocking of roads and disruption to normal life. According to local media reports, the snow has already blocked some of the roads in Syria, including in capital Damascus, disrupted traffic, and postponed exams at some universities. Syrian Arab News Agency reported snow as deep as 15 cm in Um Houran area in Dahir al-Jabal, indicating that many roads in the mountainous regions are barely passable.
5th January
Close to 120 mm of rain fell in Chennai, India, the city's highest rainfall in a single day for the month of January since 1915. The heavy downpour resulted in flooding in many parts of the city. Meenambakkam and Nungambakkam registered 50 and 60 mm of rain, respectively, in a 24-hour period on Tuesday morning. By Tuesday evening, the two stations had registered 80 and 100 mm of rain, respectively. Many other areas, such as Tarmani, received up to 120 mm.

And Finally, a beautiful Collage of the colourfull skies of Pune in 2021
pics by Vag. Pavan. 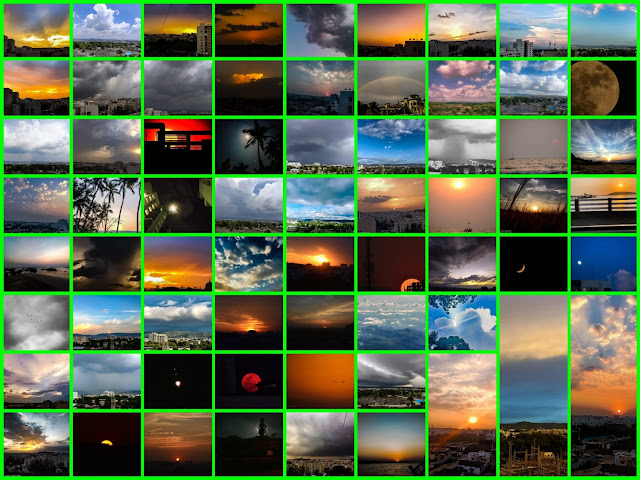 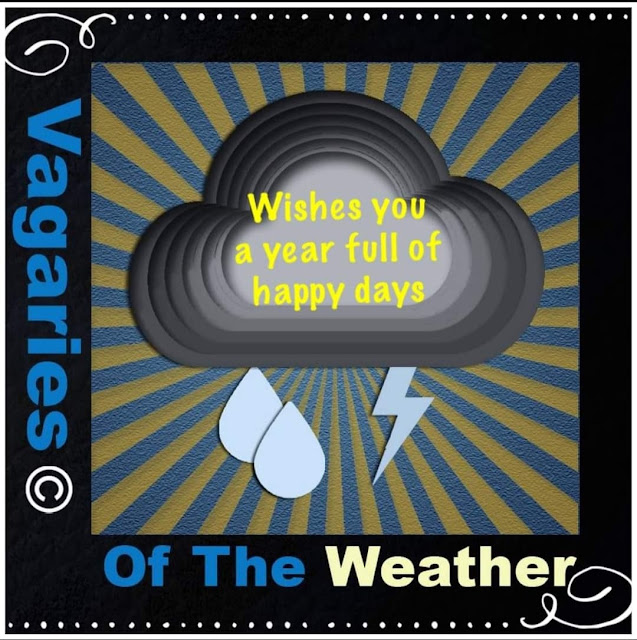