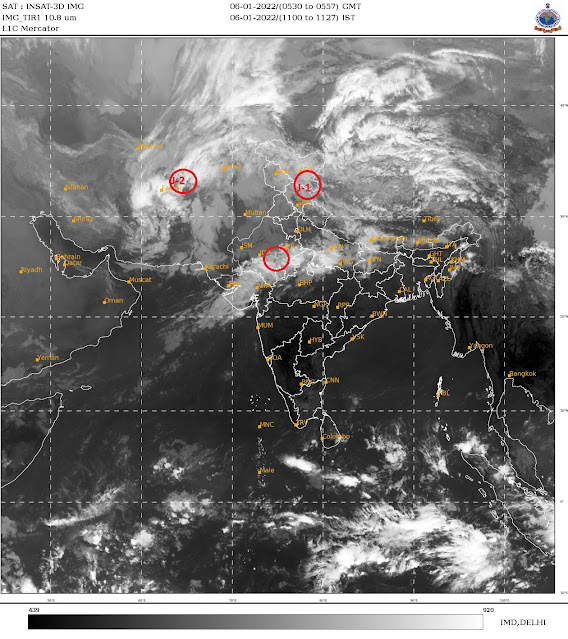 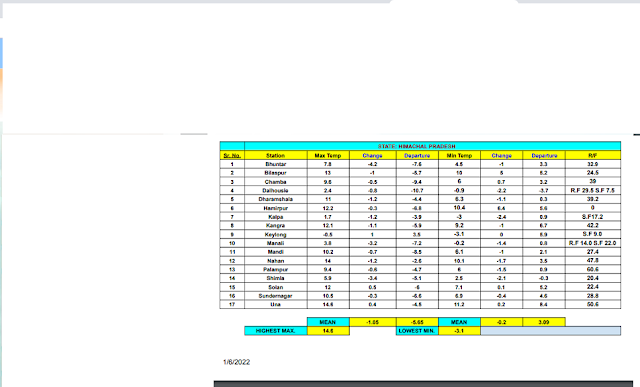 Due to inclement weather the pilgrimage to Vaishno Devi shrine was also suspended will Thursday morning. The moderate snowfall also led to reduced visibility, and cancellation of 37 flights from Srinagar International Airport on Wednesday. 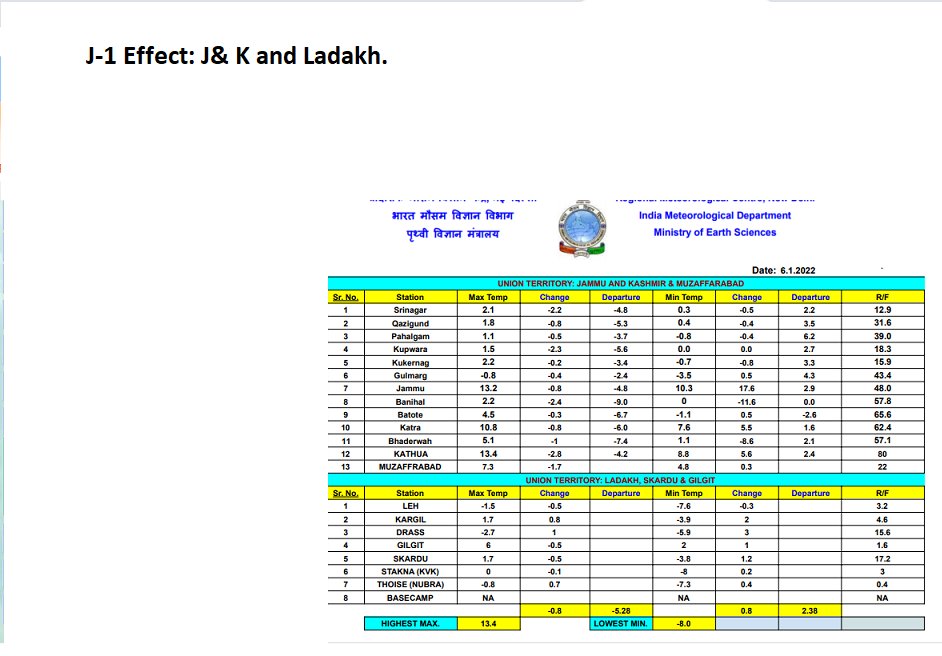 Uttarakhand was lashed by Rains and Snow...bringing down the temperatures. 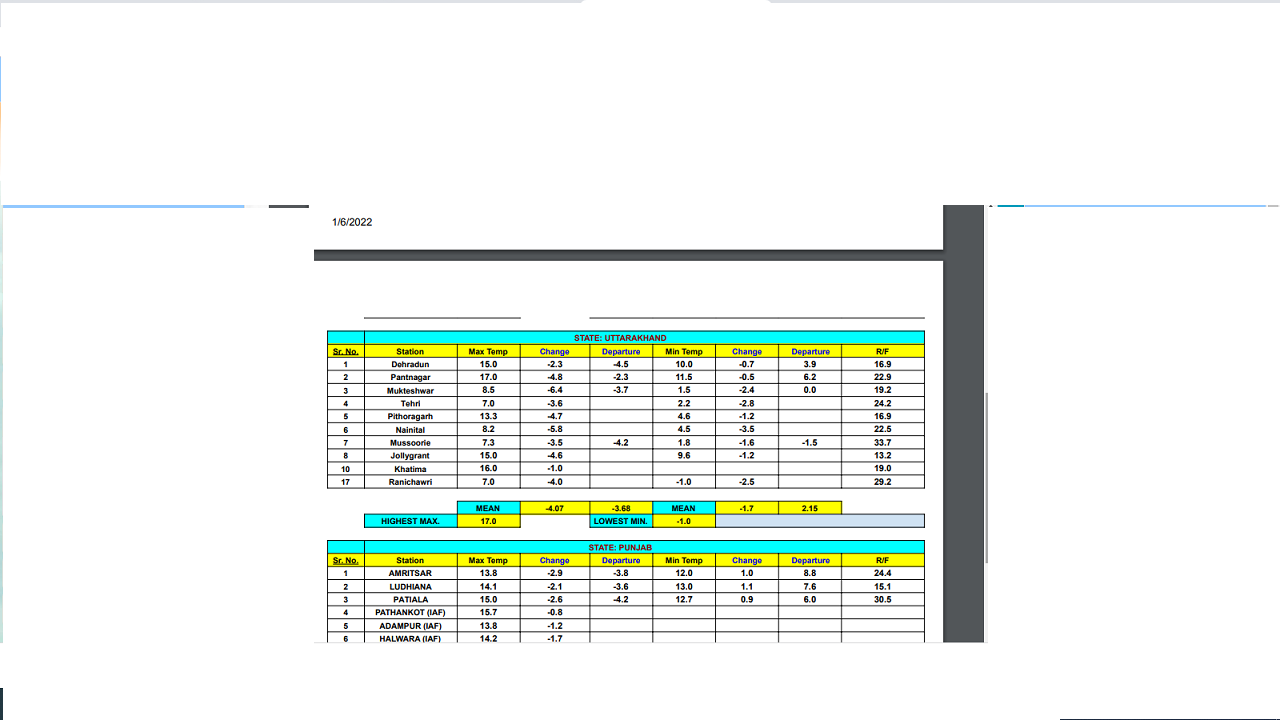 Some showers in Punjab too...
Gujarat:Light rain ( below 1mm) in Ahmedabad & Kutch
In Pakistan: In Sindh province, the coastal city of Karachi received the highest rainfall ranging between 37 to 15 mm in different areas of the city.

Srinagar --  received the first snowfall of the year,... 4th Jan 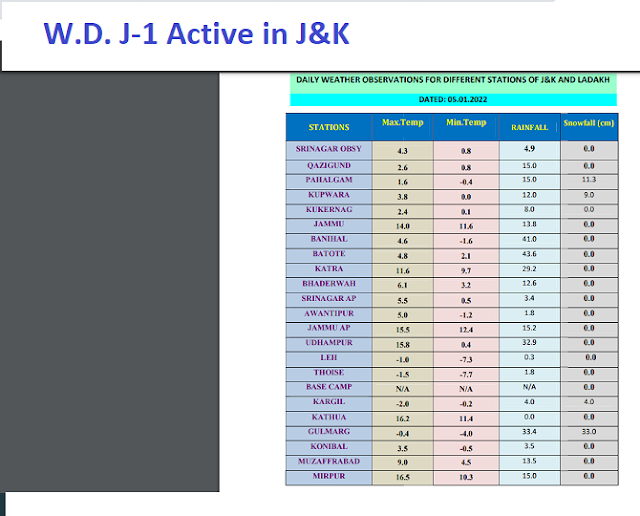 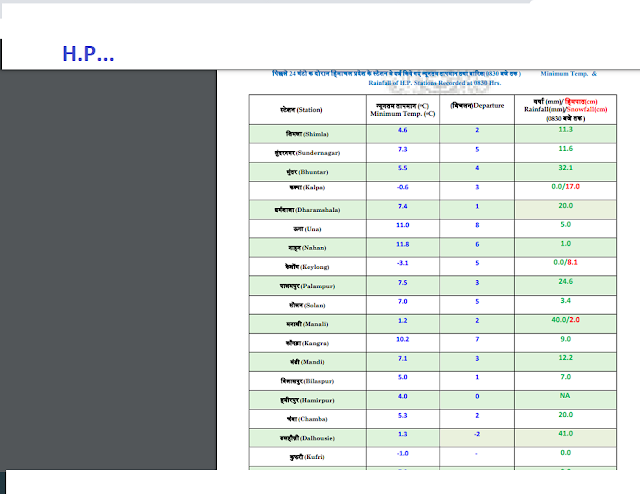 La Niña likely to remain until early autumn
La Niña continues in the tropical Pacific. Climate models suggest the 2021–22 La Niña will persist until early in the southern hemisphere autumn. La Niña increases the chance of above-average rainfall across much of northern and eastern Australia during summer.

Sea surface temperatures in the central to eastern tropical Pacific are typical of a mature La Niña event. Cooler water is present beneath the surface, supporting the cooler waters at the surface. In the atmosphere, patterns are also broadly typical of La Niña, with decreased cloudiness near the International Date Line, moderate to strong positive values of the Southern Oscillation Index (SOI) and generally increased trade winds.

Both atmospheric and oceanic patterns are reinforcing each other in a positive feedback loop. This is known as 'coupling', and allows La Niña patterns to be sustained for an extended period.

The Madden–Julian Oscillation (MJO) is currently in the eastern Pacific. The MJO is forecast to remain in this region over the next week before weakening. When the MJO is in the eastern Pacific, drier than average conditions typically occur over north-western Australia, including the Northern Territory's Top End. It may also temporarily weaken some La Niña indicators as trade winds typically weaken in the western Pacific in this phase of the MJO.

The Southern Annular Mode (SAM) index is currently neutral. It is forecast to approach positive levels during the remainder of January. A positive SAM during summer typically brings wetter weather to eastern parts of Australia, but drier than average conditions for western Tasmania.

Climate change continues to influence Australian and global climate. Australia's climate has warmed by around 1.44 °C for the 1910–2019 period. Rainfall across northern Australia during its wet season (October–April) has increased since the late 1990s. In recent decades there has been a trend towards a greater proportion of rainfall from high-intensity short-duration rainfall events, especially across northern Australia.
.