Monday 20th: Very light rains were experienced from Eastern Outer Townships of Mumbai and Abizer reports of rain in Nagaothane. The Lonavala and ghats region also had light rain. Parts of Mumbai had light drizzles. Pune had a heavy drizzle on Monday evening.

Cloudy sky on Tuesday with light rains in some parts.
Light rains may occur on Wednesday also.
Clearing weather on Thursday.
Light Showers expected in Mahableshwar and Lonavala

Goa: Cloudy Tuesday with light showers and same conditions for  Wednesday. Clearing from Thursday.
No rains expected in Eastern/Western Vidharbh (Nagpur ...no rains).

Kolkata: With North winds , next 3 days are expected to get cooler, with days around 27c, and nights touching 16c.
Delhi NCR: Minimum may further drop to 8c next 2 nights, and days cooler at 22c. Fog may reappear on 24th .
By rajesh at November 20, 2017

Can night temperatures decrease from Wednesday? IMD predicts so. What' your views sir on that.

The tropical Pacific is approaching La Niña thresholds. If the current progression continues, and thresholds are exceeded for a sustained period, 2017–18 will be considered a La Niña event. As a result, the Bureau’s ENSO Outlook has been raised to La Niña ALERT, meaning there is approximately a 70% chance—or triple the normal likelihood—of La Niña occurring. Climate models suggest that any event is likely to be weak and short-lived. This means it is expected to be very different to the strong 2010–12 La Niña.

Oceanic indicators of ENSO show a clear progression towards La Niña. Tropical Pacific sea surface temperatures (SSTs) have cooled since late winter, and waters beneath the surface remain cooler than average in the eastern Pacific. However, they are currently just shy of La Niña thresholds. Atmospheric indicators such as the Southern Oscillation Index (SOI) and trade winds have shown signs of shifting into a La Niña-like state. In order for La Niña to become established, atmospheric and oceanic indicators need to be reinforcing each other, which will strengthen and sustain these changes.

All international climate models suggest further cooling of the tropical Pacific is likely. All models reach La Niña thresholds in December 2017, and most maintain these values until at least February 2018.

La Niña typically brings above average rainfall to eastern Australia during late spring and summer. However, sea surface temperature patterns in the Indian Ocean and closer to Australia are not typical of La Niña, reducing the likelihood of widespread summer rainfall. La Niña can also increase the chance of prolonged warm spells for southeast Australia. The Indian Ocean Dipole (IOD) is currently neutral. IOD events are typically unable to form between December and April.

Next update expected on 05 December 2017

Arjun: Where are you referring to ? Mumbai ? Will see a drop of 2/3c on Thursday morning.

Disappointed to see no updates on NEM, especially for interiors of TN.

Yeah sir Mumbai. Thanks for replying and predicting.

Seems NEM is very weak - next few days moderate rain may happen but fear is will TN witness drought like 2016? Only saving grace is 2017 SWM during break period gave thunders for TN interiors..IMD says low formation may happen but always NE movement due to WD is culprit..

Prabhakaran Subramaniyam: Yes, very little update on NEM...but frankly, I get very little response or feedback from Chennai. A good and prompt feedback and comments would surely encourage me to write more.
Anyway, we may see another Low , BB-15 , coming and forming in South/SW Bay around 27th of this month. We will track this, but surely no meaningfull increase or rains in Interior TN till 27th. Later, after 28th, BB-15 may be effective.

Sir, when will be the WD impact North India?

Thanks a lot rajesh sir for your update on NEM please continue posting upcoming events.
Many of us feel very confident of rains whenever you post on rainy events for chennai.

All eyes on bay - Will SE India-> TN,Rayalseema,Anantapur,Chittor receive rain or not? Culprit WD again on 29 Nov. If rains miss SE India again for drought.

o@SSET Even punjab,haryana and delhi need WD rains for their winter crops as they didnt have good SWM...WD will impact only if bay system is stronger hopefully it stays with lower intensity.. 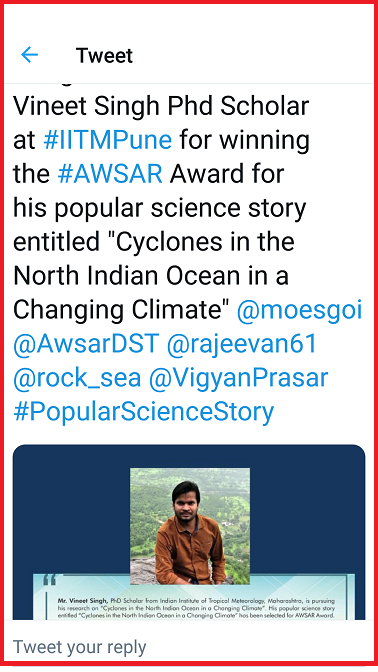