A Low has formed in the Southern Bay estimated at around 5.5N and 84.4E. In the 700 hpa trough now, expected to deepen from the current status and embed another Low (BB-15) in the 500 hpa trough by Sunday.
Upper Jet Streams indicate a core around the TN coast. Meanwhile, in the Pakistan/NW India region, the 200 hpa jet streams are expected to get a Southward dip due to rushing in of Northern cool winds pushing in.
Resultantly:
1a). The core in the jet streams of the Sub Tropical Ridge situated off the TN Coast will "move" Eastwards. The core, or the clockwise winds at 200 hpa, will circulate clockwise off the TN/AP coast.
2b). The dipping of the jet streams Southwards, will take a "plunge" upto Sindh/Gujarat regions.

Hence, due to 1a): The Low, BB-15, will strengthen, but will as a depression at around 998 mb, just miss and skirt along the TN coast and AP coast. Rainfall will be more concentrated in the waters. Chennai and TN coast will get rainfall from 30th.
BB-15 will skirt the coast and move N/NE along the track.
Odisha can expect showers on Tuesday 30th.

2b): Will bring colder conditions in Northern Pakistan, Sindh, NW India and Rajasthan and Gujarat. All this from 30th December. Around freezing night temperatures from 30th in North Rajasthan, Punjab and Haryana. Similarly, very cold temperatures in Pak Punjab and Sindh.

Meanwhile, Saturday and Sunday will see rains in Southern TN .

Delhi. Days will be foggy, at around 17c. Sunday night will see a drop to 5c.
Chennai, rains increasing from Tuesday 30th.
Thunder showers expected in Thiruvananthpuram this weekend. Kochi will however be cloudy.

How much rain will Chennai get from this system?

When is another active WD expected to hit NW India ?

Ishan: Not in ist week, maybe around 11th Jan

If chennai gets 10cm rain, it will be nice. 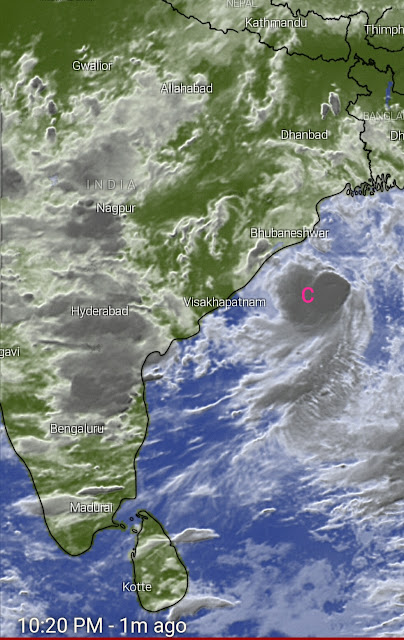