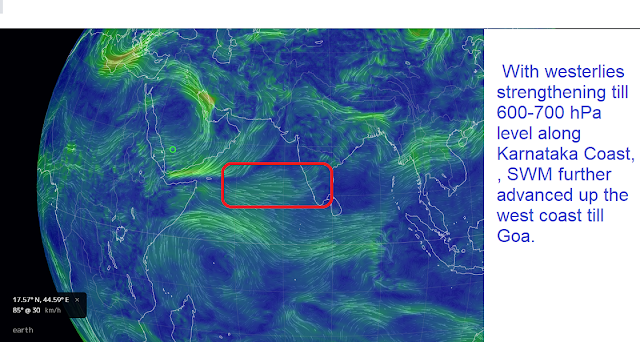 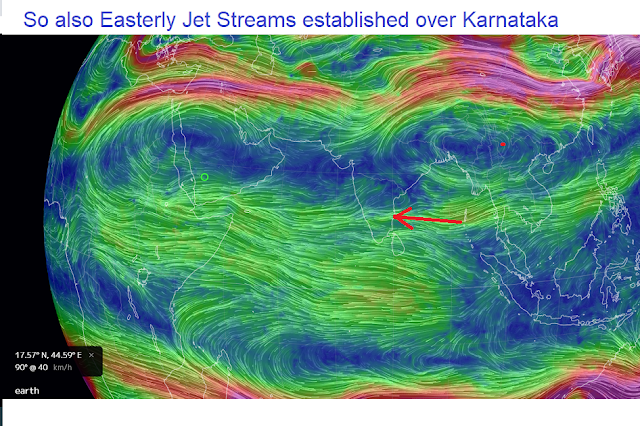 However, the surge is stronger over coastal areas, so more rain will be confined to the coastal belt.