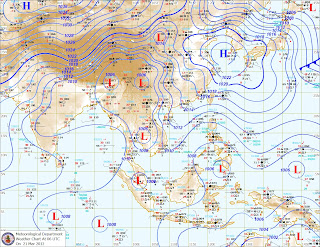 The isobars seen from this Thai map show more spacing, hence winds are slowing down. A trough is running across A.P. and Southern Mah.

Mumbai saw maximum density of the dust cloud in the afternoon, and then it was gradually thinning out. Latest position ( at 7.30 pm IST) shows NW winds blowing and visibility at visibility again down to 1000 mts.
A suspect dust cloud is forming in N.Africa (Egypt). Will be observing this too.
Mumbai forecast for week tonite. 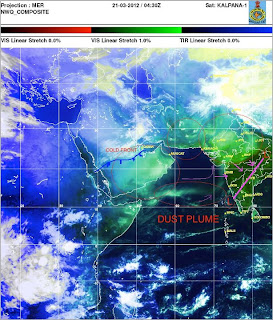 Had a detailed discussion with Akshay (METD) and he has  superbly compiled and animated the Image. The trough line expected and mentioned in Vagaries' Weekly Forecast is also seen forming.

SHAN FASTIAN SENDS THIS WONDERFUL PHOTO FROM ISLAMABAD,PAKISTAN . THE PHOTO WAS TAKEN AT 04PM LT,20TH MARCH 2012. BORROWED FROM METD 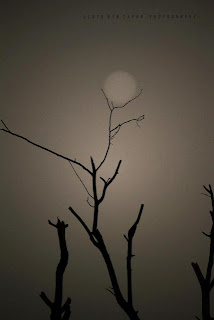 Its indeed a little Hazy and dusty today afternoon :)

Like the new interface of the blog btw ...not withstanding the captcha now asking for two words for verification :p