Email ThisBlogThis!Share to TwitterShare to FacebookShare to Pinterest
Mumbai Lakes supplying Water have 110 Mcum of Storage in all Lakes Combined as on 30th June 2016. That is, supply with 20% current cut, City has 38 days of Water....
We have more Details with Lakes' rainfall and All Maharashtra Reservoirs Position on Mumbai Page .Compiled by Vagarian Abhijit.

-Monsoon Analyses as Usual by Vagarian GSB will be up tonite

-Our Regular 15 All India Toppers ( June) will be put up by Pradeep John on 1st July. 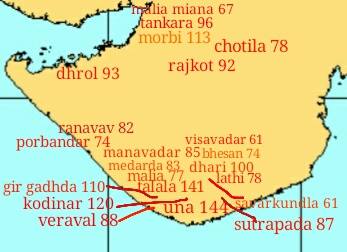 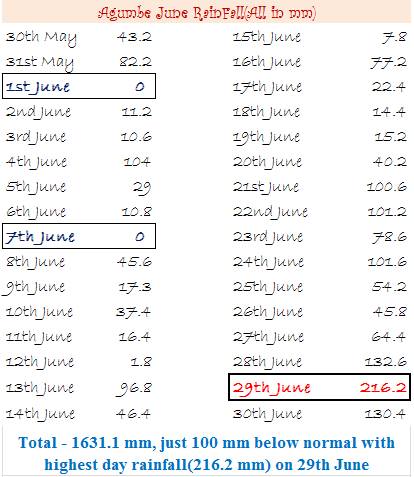 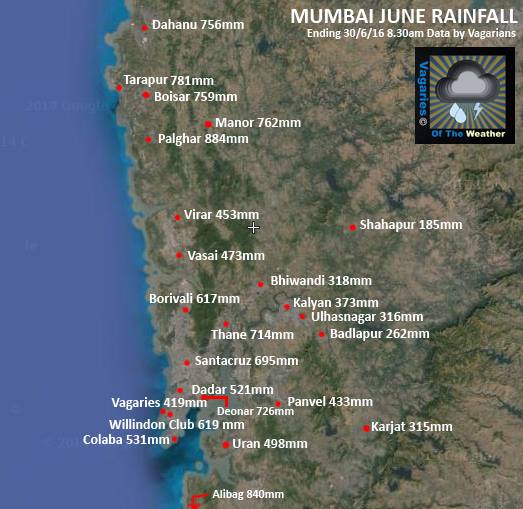 Some Rainfall Amounts as on 29th Morning (last 24 hrs) from Vagarians: 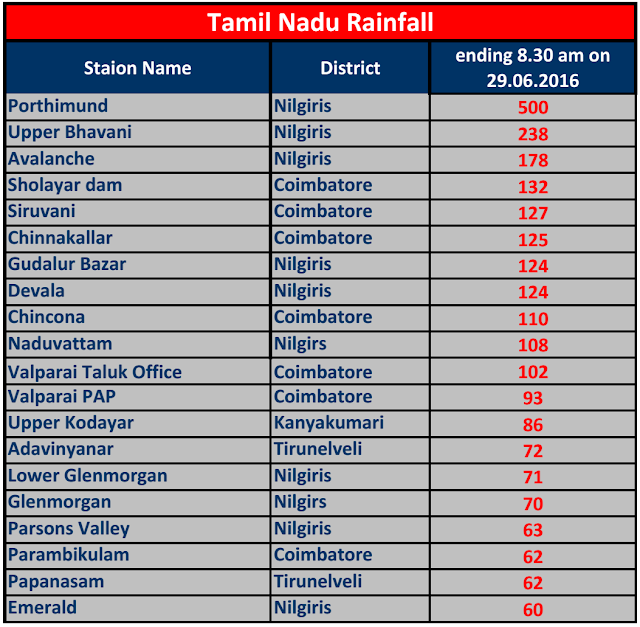 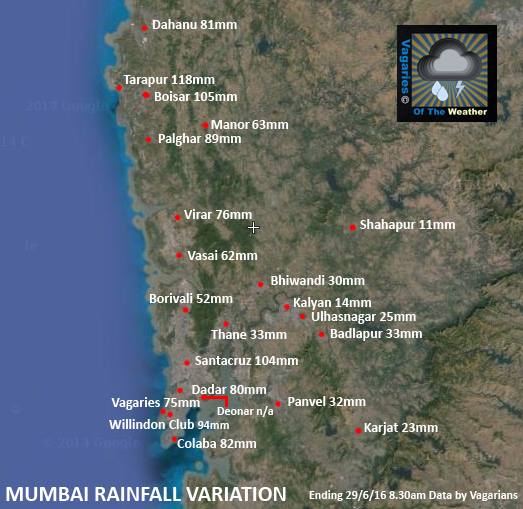 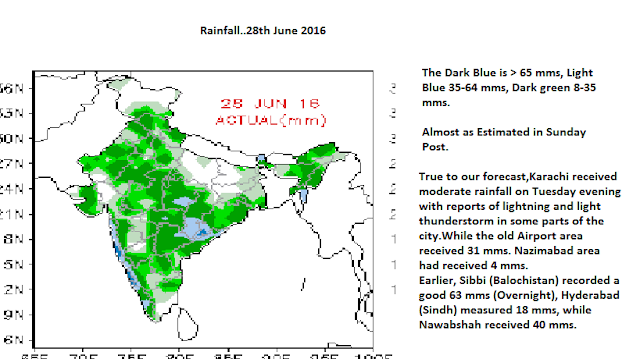 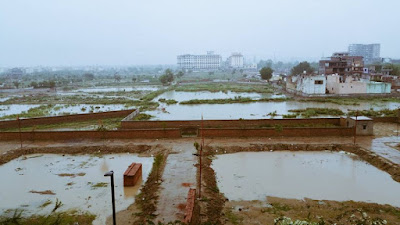 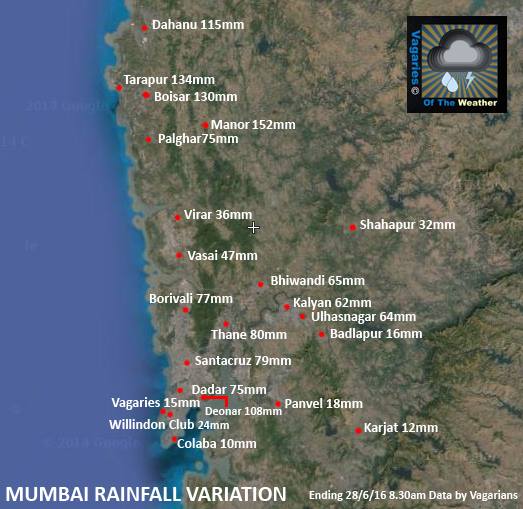 Maharashtra Water position as on today 27-06-2016
Maharashtra overall available live water storage is on only 9% as of today.

Mumbai overall dams storage is on 20%.


Except Vihar & Tulshi rainfall (as it is on coastal) .. Rest other dams rainfall looks like 24hrs rainfall figure !!


So in short interior N.Konkan & Ghat section yet to pick up !! 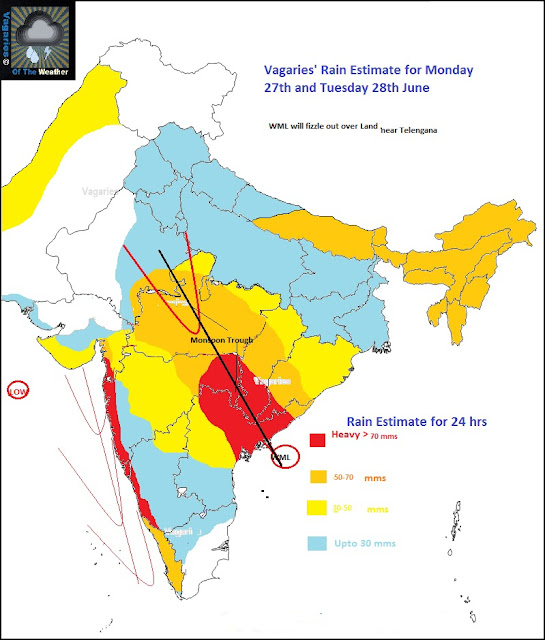 CORRECTION HAS BEEN MADE TO POST...LIGHT BLUE COLOUR..THAT IS LESS THAN 30 MMS PREDICTED FOR SINDH COAST. ORIGINAL THRU ERROR..REGRETTED.
By Rajesh at June 26, 2016 9 comments: 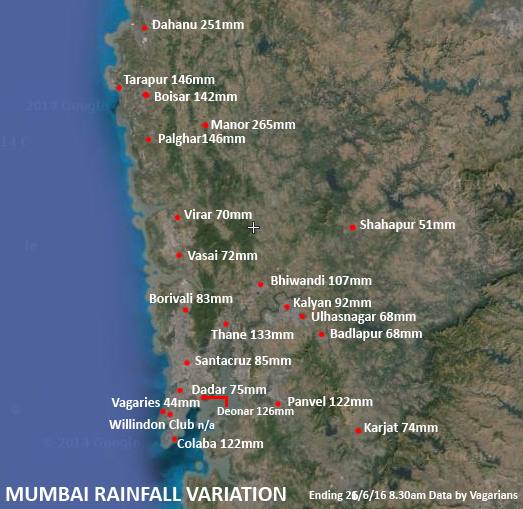 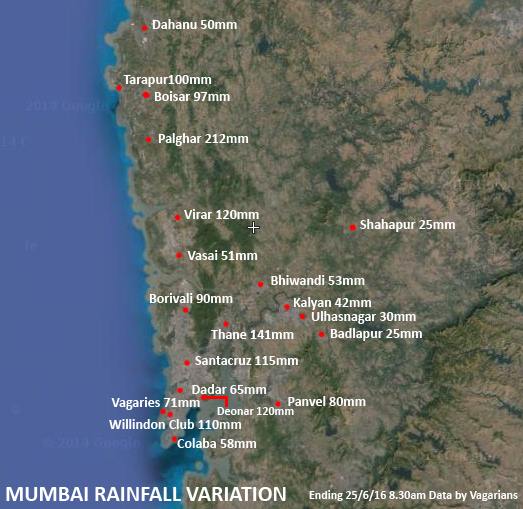