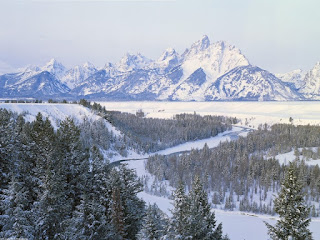 Kashmir Valley was today cut off from rest of the country as incessant snowfall continued into the second day on Thursday.Nearly two feet of snow had accumulated in Qazigund.
On Thursday, Jammu received 45 mms of rain and Quazigund received 5o mms of snow.
Srinagar received 15 mms till Thursday morning and 22 mms of snow on Thursday in the day.
Other rainfall figures for Thursday during the day in cms were:
Chandigarh, Shimla and Bhuntar­3 each, Sundernagar, Chandigarh(A/F), Banihal and Hissar­2 each, Srinagar, Amritsar, and Ludhiana­1 each.
Other Northern India regions received between 10-30 mms of rain. The rainfall map is put up on the Vagaries Forecast page.
In H.P, the lower areas of the state received moderate to heavy rains, bringing the temperature down considerably,Manali got fresh spells of snowfall early Thursday morning.Manali has got 22 cm of snow so far, whereas the Rohtang Pass, just 52 km from Manali, has been covered with 34 cm of snow.
Dharamsala, Shimla, Solan, Kasauli, Nahan and Mandi received moderate to heavy rains.
Kufri and its nearby areas received more than 15 cm of snowfall. These places experienced season's first snow Wednesday.
Other popular spots Narkanda, 65 km from Shimla, the Solang Valley and Marhi near Manali also experienced moderate snowfall.
Kalpa in Kinnaur district and Keylong in Lahaul and Spiti district received 22 cm and 16 cm of snowfall respectively.
'The entire belt in Kinnaur, Lahaul and Spiti, Kullu and Chamba district witnessed moderate to heavy snowfall during the past 24 hours.
Northern most regions of Pakistan received the rainfall effect of the W.D, with Islamabad getting 2cms of rain today.Likely to get clear and colder from Friday.
W.D. now moving away, with Nepal about to feel the precipitation effect from Friday.Khatmandu was 22.5c at the high today, and 2c as the low. The day temperature is expected to go down for a couple of day from friday, and the night should go to 0c by the 2/3 Jan, after the clouds clear.
By Rajesh at December 30, 2010