Vagaries all and Mumbai Forecast put up.

Easy way For details of any event, see “Vagaries” archives of corresponding date.

, Jan 2010 started off with very cold days in the North. at 12c and at 9c were the daytime temperatures. This was a result of absence of W.D. and a ridge keeping the north dry.

Low temperatures in , Northern India, and northern were blamed on the deaths of at least 166 people.

U.K.froze to record temps in Jan with th 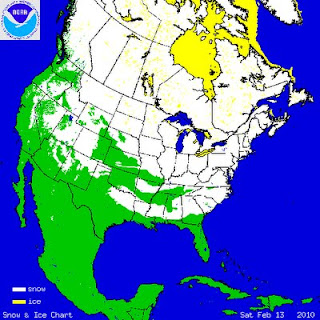 37 below at brings 3 straight morning to start the new year, coldest opening to a new year in their history...

Longest cold spell in the in 25 years and counting after coldest December since 1996...

"Arctic air and record snow falls gripped the northern hemisphere yesterday, inflicting hardship and havoc from , across to Western Europe and over the plains,".

"There were few precedents for the global sweep of extreme cold and ice that killed dozens in , paralysed life in and threatened the orange crop. Chicagoans sheltered from a potentially killer freeze, Paris endured sunny Siberian cold, Italy dug itself out of snowdrifts and Poland counted at least 13 deaths in record low temperatures of about minus 25C (-13F)."

But, in the Sub-Continent, March and April started heating up, very fast to Heat Wave levels.

West was hot with Mumbai and at 35c. South also hot.

Elsewhere, in the sub-continent, heat waves baked large regions in March, with

As the Heat Wave continues in the Sub-Continent, new "highs" in the minimum temperatures, for 18th.April were recorded, they were as much as +12c above the normal in Jammu, and +11c above normal in Hissar.Many other places report minimums at +4 to +8c above normal.

May sets records in heat. Mohan jo Daro becomes the hottest ever in with 53.5c. Sibi sees 53c. With many over 50c, may is the hottest. see many places around 48/49c.

But, in , The longest day is a mere six weeks away. Yet conditions across parts of the this week have been more reminiscent of late winter rather than late spring. Indeed some people in northern have seen snow in the last few days, and hard frosts have occurred as far south as . Arctic air has penetrated unusually far south for the time of year, such that some places have recorded their lowest May temperatures for well over a decade

With a good monsoon overall, after 2 drought years,there was relief from the heat too. Mumbai rains almost at all time high, just 135 mms short.

Many places touch high records in rainfall, specially in the North and Gujarat with seeing almosy 4 times the average 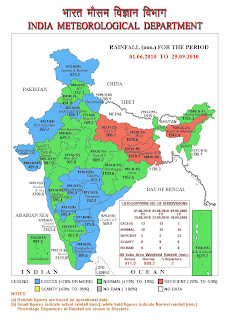 had the worst flooding in its history. Almost 60% of the country’s plains were under flood water due to heavy monsoon rains. 4 million people were affected.

But, has experienced its driest monsoon season for more than a decade despite heavy rains in neighbouring and that caused flooding. received 139.5cm of rain this monsoon, which runs from June to September, nearly 20 percent less than predicted by the meteorological office and the lowest rainfall since 1994.

July was a hot month in and across many other parts of . The highest temperature on record (in roughly 130 years of weather records) was reached on July 29, this being 38.2C. This broke the previous high mark of 37.5 C set only three days earlier, on July 26. This was nearly tied on July 28.

August Heat Wave : in the temperature reached 36.6C in ; reached 33.3C. Searing heat has invaded eastern , where readings to 37 C or 38 C have been reached.

The mercury hit 37.2C in Joensuu in eastern , marking the highest ever temperature reading in . The previous hottest day on record in was July 9, 1914, when a reading of 35.9C

In , , the temperature of 45.6C was the highest recorded since the beginning of last century, the second highest was 44.4C, recorded in on August 8, 1956

Sooner than expected, Winter restarted in North with an early October snow. All the higher reaches of , H.P. and Utteranchal received their first early snowfall.

New low pressure records for the continental were established during the passage of a major cyclonic storm on 26 October 2010. At , (47.75°N, 93.65°W) the MSL pressure fell to 954.9mb - a value more typical of deep Atlantic and Pacific systems than the middle of the continental land mass. The Bigfork value is confirmed by the readings of 955.6mb at Orr and 956.0mb at : the previous lowest pressure record at was 971.9mb, almost 16mb higher, which occurred on 11 November 1949.

The 2010 Atlantic storm season was twice as active as normal but what really amazed forecasters was that a record 12 hurricanes formed but never made landfall in the United States. The hurricanes and 19 named tropical storms over the and the Caribbean during the June 1-November 30 season did contribute to some of the worst flooding in decades in Central and .

December started of with below normal cold nights in Central and northern .

And, a strong W.D. ends the year with copious snowfall in the entire North, and snow in the lower hills too.

For , it was the coldest and snowiest December ever !! saw all time lows and dropped to -9c, with the heaviest December snow.

All froze to disruption. Heavy snow caused travel chaos across much of northern Europe on Thursday, keeping 's Gatwick airport closed for a second day and disrupting road and rail travel in , and . 's SNCF state rail company told travellers to expect delays of an hour or so on many services and cancellation of two in 10 trains between and the south-east. In , scores of flights were cancelled and many delayed at airports in Frankfurt, and

went thru the worst snowstorms in the NE. witnessed its 5th worst snow storm ever.

The current La Niña developed quickly in June and July 2010, following the dissipation of the 2009/2010 El Niño in April. Since August the event has been moderate to strong.

Moderate to strong La Niña conditions are now well established in the equatorial , and are likely to continue at least until the first quarter of next year

emkay,for the 7/8/9 i visualise fog in delhi upto 9 am. Not too thick, with visibility upto 1 km at the peak hour, around dawn. Fog will be lifting by 9/10 am.
Temperatures on these days would be around the range of 19c as the day temp and 6/7c at night.clear sky.
But windy in the day with winds around 10-15 kmph.