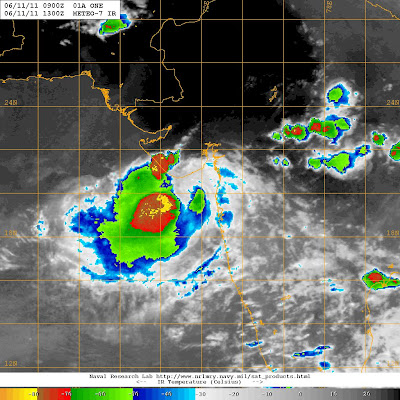 In last 2 images which were put up in the last blog publications, including the 1 pm and the image of 6.30 pm IST just put up, there is no "eye" indication. The "dent" that I have mentioned in the last write up at 1 pm was also to just indicate the centre of the system since many were puzzled as to the locations regularly given.
Plus, an eye needs a solid swirl around it, and a swirl needs a core pressure of at least 988/990 mb. So a system with a core pressure, actually its not even a core pressure, the pressure "around" the centre is hardly 1000 mb as per latest observations, fit enough to designate it as a depression at the most. Again, last recorded winds are at 28-33 knts only, not befitting a cyclone.
But, JTWC and NPMOC have made it TC 01 A. Not named it though.
AS-1 at 19.7N and 71.9 E and seems quasi stationary. SE quadrant clouding has reduced in the last 6 hrs. Will intensify initially now onwards, before weakening again.
Another report and rainfall details at 10 pm.
By Rajesh at June 11, 2011

98A does not exist any more on US Navy site. 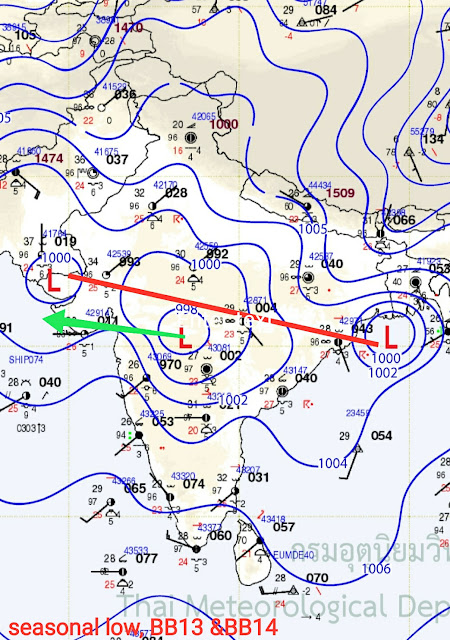