The Moon's Shadow on the Earth's Surface as seen from Space

During the Great American Solar Eclipse on August 21st, the students of Earth to Sky Calculus and Spaceweather.com launched 11 high-altitude balloons from 5 states in the path of totality. "We hoped to catch the Moon's shadow sweeping across the landscape from a vantage point in the stratosphere--and we succeeded." These pictures show the inky-black shadow of the Moon darkening a 70 mile-wide patch of Wyoming/Nebraska: 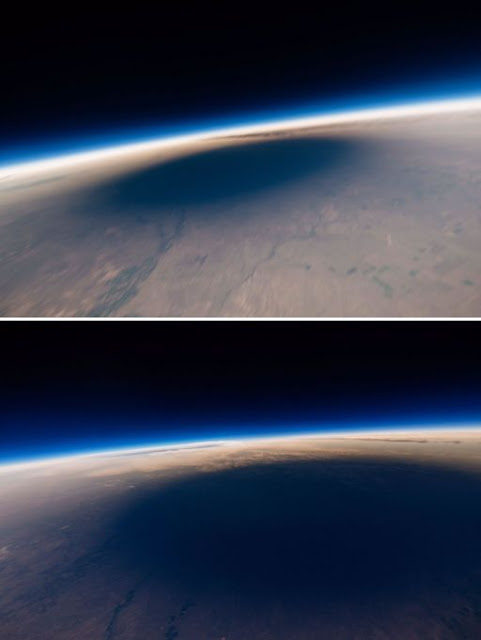 The camera, a Panasonic GH4, belonged to professional photographer Josh Stansfield. He helped students launch the balloon from Ft. Laramie, Wyoming, and later processed these unique images after the payload was recovered from its landing site in Nebraska.

No rain since morning today. Let's see what is in for the evening..
First day of visarjan today.