BB-3 Depression expected to strengthen and move as shown

Except on the Andaman & Nicobar Islands, no effect on Indian Mainland.

An Upper Air Disturbance caused clouding and small patches of extreme weather. In South Madhya Maharashtra.
Fizzling out in a day. 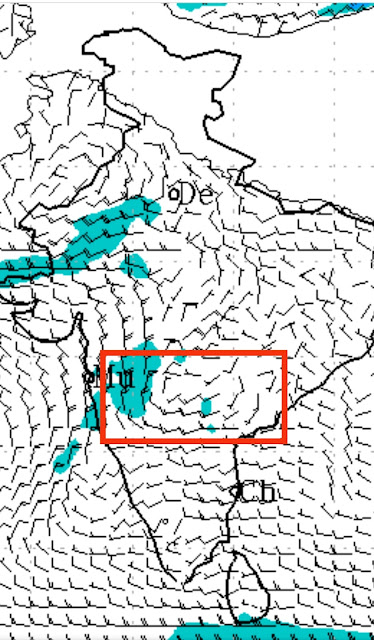 Next week ( 21st..week)..No Rains
Mumbai:  Will be partly cloudy. But humid and sweaty even as the day temperatures fall to reasonable levels.. Around 34°/35°c.
Pune: Partly cloudy and above normal humidity. Around 37/38°c.
Goa: Cloudy, stuffy, humid next week. Maybe a thunder shower on Wednesday 23rd and Thursday 24th.
By Rajesh at March 20, 2022

Thank you Rajesh sir for your update. Its really humid though less heat in Mulund Mumbai Suburb.