Monday 11.30 am IST Position of Trough and embedded UAC 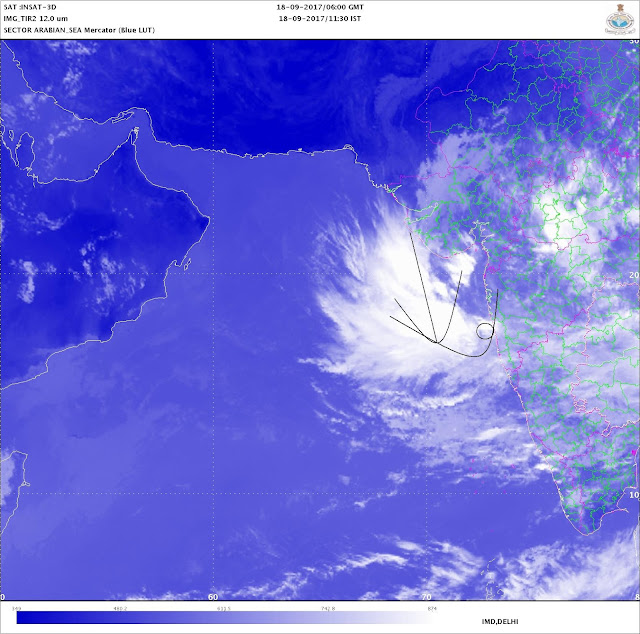 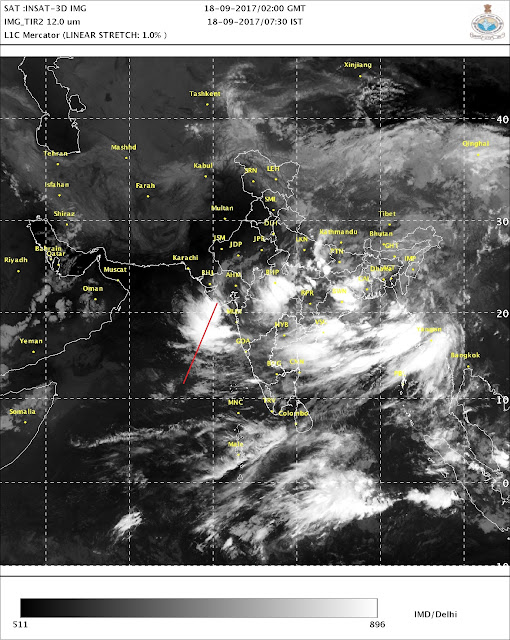 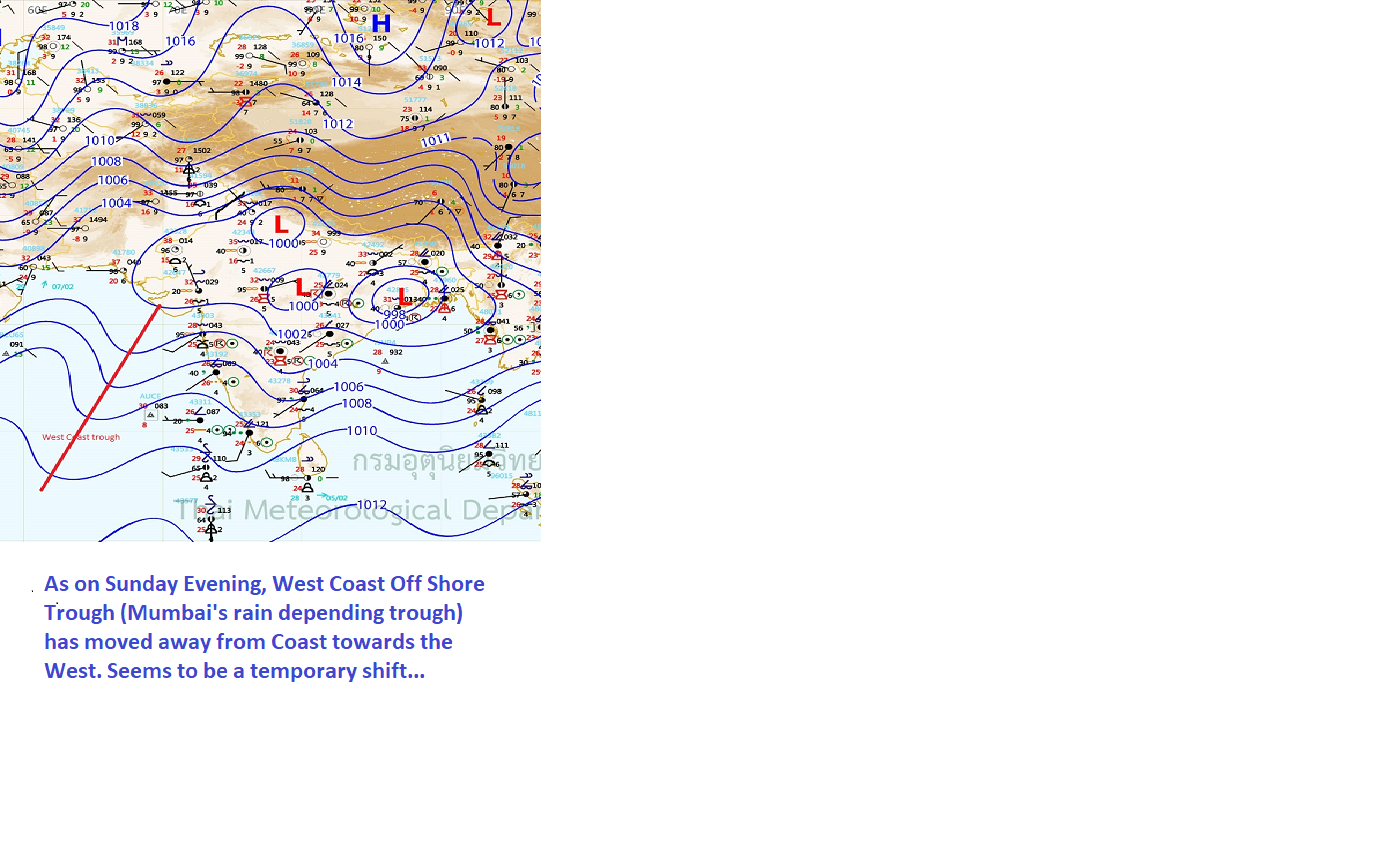 Best day for Kerala in the entire monsoon. Almost every inch of the state has reported good rainfall. At last, this year monsoon did not fail in Kerala after three years of failure.
Rainfall ending 8.30 am on 17.09.2017 in Kerala is enclosed. Neyyar dam down south is reaching full level. 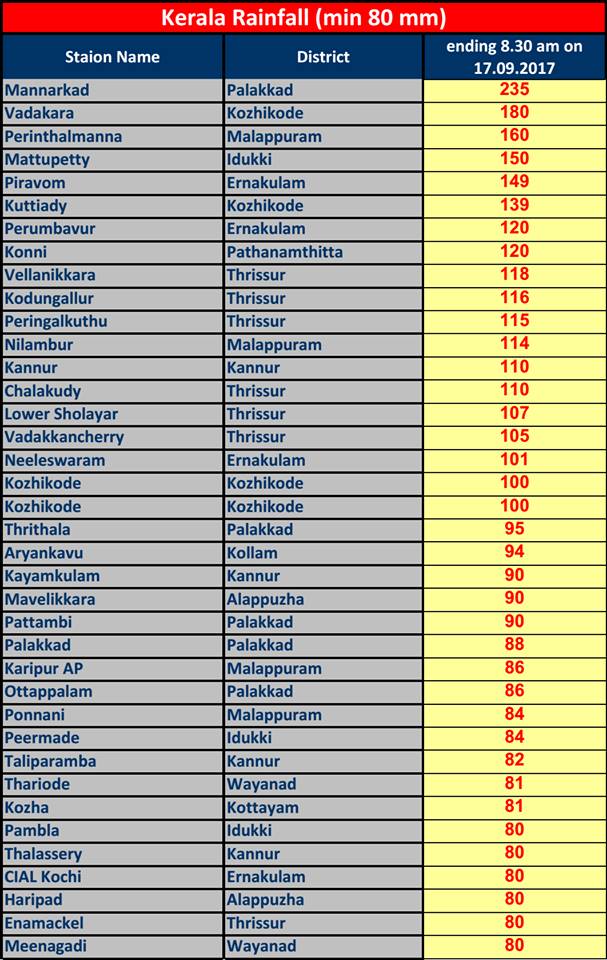 Sir where are the mumbai rains??

Cool and windy in Mumbai

Rajesh, since I am somewhat non technical, does this position indicate it is moving towards Mumbai and may reach here in some period of time over the next 24 hours ?

Sir,
Could this be moving towards gujarat ?

For the first time in recent years, IMD and even vagaries prediction has got wrong for heavy rains today :(( . Weather is really unpredictable.

Cumulus Arjun: IMD is very famous in getting its forecasts go wrong..best example -30-08-2017 when No rain fell in mumbai inspite of the very heavy rain warning issued by IMD....So NEVER BELIEVE IN IMD....BESIDES...ITS very very difficult...to predict...we just believe blindly on rajesh sirs forecast...but sometimes he too can go wrong....but vagaries is known for the most precise and accurate forecasts...we should ignore if any deviation occurs...as we all know that "Nature is unpredictable"

The latest satellite photo shows that the trough which has been pushed away from the coast by the easterly winds has now become done and dusted. But there are a band of clouds over Gujarat and adjoining Maharashtra border areas moving southwards and looks like that can give good rains tonight/tomorrow in Mumbai. What's your views sir?

Yes no rain at all today sir when do we expect rain ? In mumbai

Appreciate efforts of Rajesh sir by putting up updates at regular intervals for depicting the reason why it did not rain as forecasted.

Rajesh sir.. Even if the system turns back towards Mumbai.. Will it have the same intensity..?

Relax Saurabh I have not mentioned any negative sentiments... Central India always faced excess monsoon for last 5 years, this year may be bay low has moved quickly over MP but dumped enormous falls over GUJ/RAJ quite unusual. KERALA continuously faced droughts for last 3 years this year in tail end receiving some rains (PJ himself has put in blog).

Abizer: I still believe IMD is fairly accurate but vagaries is the most accurate in predicting weather.

Still no rain here
Scz- 0 mm
CLB- trace 8:30pm
Probably even that trace would have fallen in the evening hours

I will take your advice and relax from hereon.
Regards
Saurabh