The All India Scene, Region wise and with district details of your region...Below Mumbai report .. 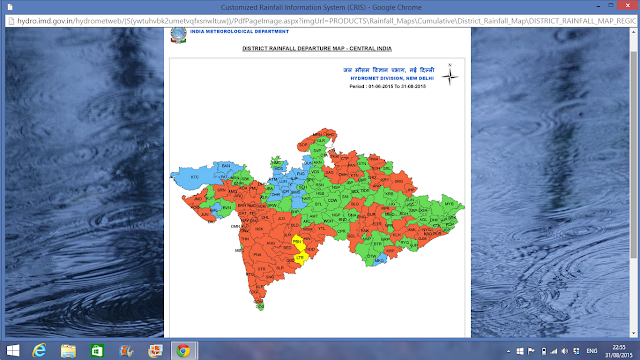 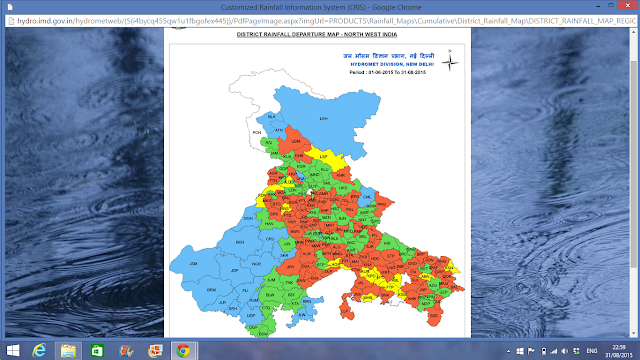 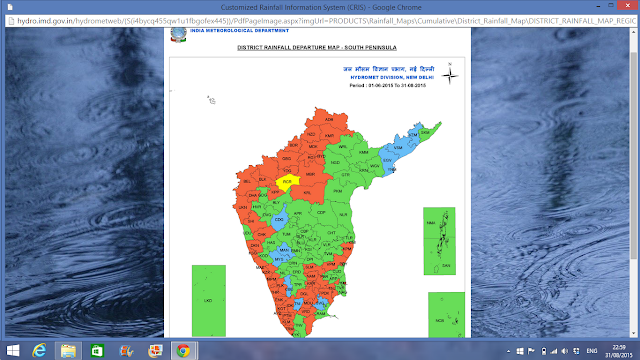 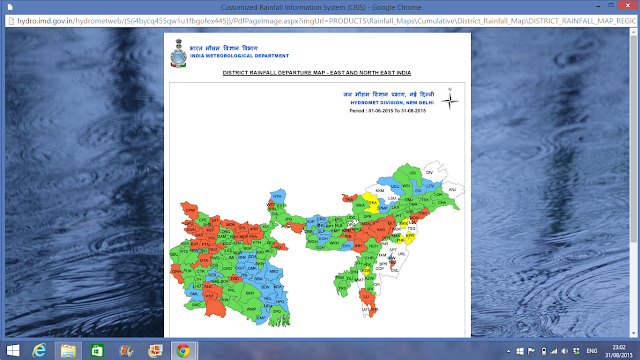 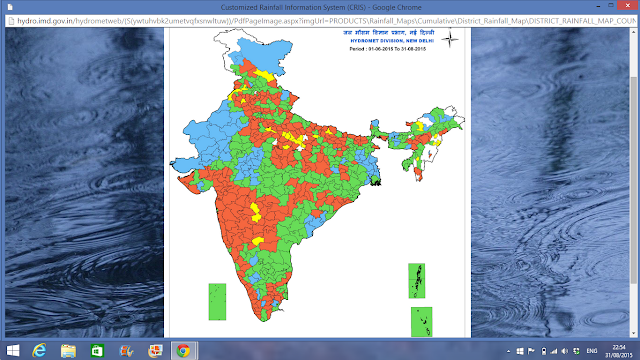 Thanks for these awesome reports. What's forecast for September?

GSB and rajesh sir, congratulations for lovely presentation on performance so far and quenching the thirst of data lovers.

Sir,
Just read in new paper times of india that monsoon will withdraw 15 days ahead of normal. Things are becoming worst. Sir you told last time that monsoon withdrawal will be delayed.why the contrast.I hope it stays for long and give good rain to maharashtra karnataka.

Sir can we have el nino for 3 years in a row. I heard about el nino last year in 2014 than 2015 is worst affected. Now some are saying it will be carried till spring next year thus impacting next years monsoon as well.Is this true?

Nilay: Thanks..for liking vagaries..would like you to attend next meeting...

Vinod: In my Monsoon Withdrawal note (few days ago), u mentioned the parameters are getting in place for SWM withdrawal from Pakistan and Rajasthan. Sure, its in line, and expect withdrawal in these regions around 5th Sept.
Even mid Sept may cover withdrawal from other North India regions.
I feel (may go wrong), that with another Low (BB) around 1oth/11th from Bay, the further withdrawal from M.P. Southwards may be halted for a week or so.

Vinod: The current strong El Nino has strengthed late into Northern Hemisphere summer. Taking its usual normal cycle, will (could) last till March 2016...my views.

Very much honoured being invited for vagaries meet. Thanks a lot sir.

Imd forecast below 25% rains for September.sir your view

Thank you sir for the clarification.

Sir waiting your forecast for the month of september in mumbai region??

According to the World Meteorological Organisation (WMO), there’s now a mature El Niño present in the Pacific Ocean. As is the case with such events, the biggest sign of an El Niño shaping up is rising surface water temperatures. Right now, the east-central tropical Pacific Ocean waters are likely to exceed 2° Celsius above average, which suggests this could be one of the strongest since 1950, placing it along similar events like 1972-73, 1982-83 or 1997-98.

Here’s a summary of the WMO report:

As of August 2015, both the ocean and atmosphere over the tropical Pacific exhibit behaviour indicative of a strong El Niño;

A majority of the models surveyed and expert opinion suggest the 2015-16 El Niño will strengthen further during the second half of 2015;

The peak strength of this El Niño, expected sometime during October 2015 to January 2016, could potentially place it among the four strongest El Niño events since 1950.

Impacts from this El Niño are already evident in some regions and will be more apparent for at least the next 4-8 months;

El Niño events typically decline and then dissipate during the first and second quarters of the year following their formation. Note that impacts in some regions are still expected during the dissipation phase.