Further Analysis of the parameters as discussed in MW-1,MW-2.
Position as on 2nd May :
1.Cross Equatorial Winds :
Let me explain, that the winds on crossing the equator break into 2 branches. i) gushing into the Arabian Sea, and ii) moving into the Bay of Bengal.
Click on Pic to enlarge 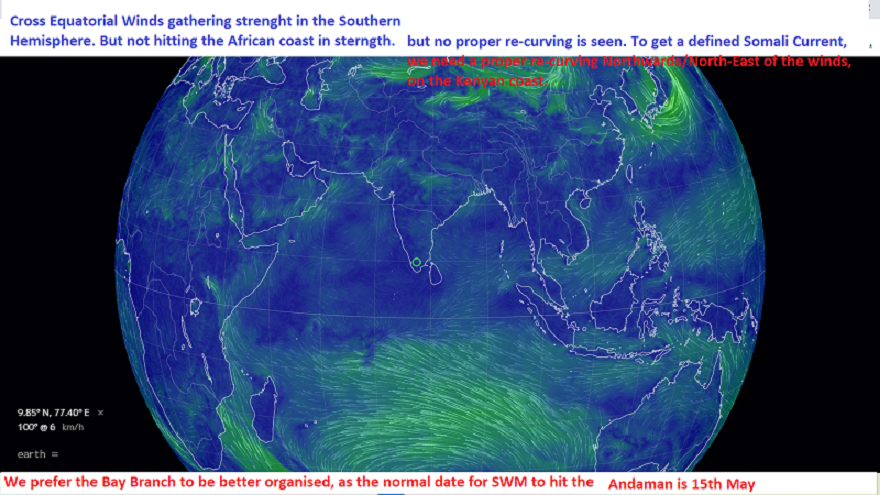 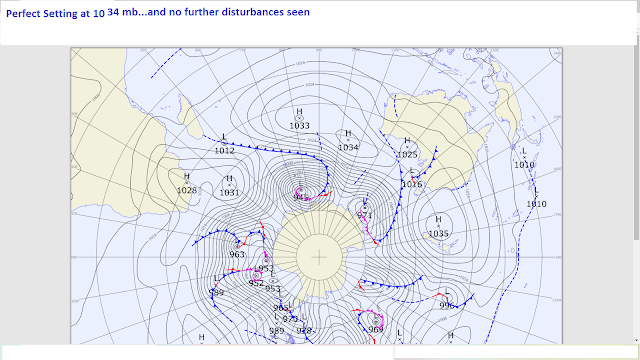 Eastern Sector ..not yet developed..No Low seen till 10th May.
Indicator: Lower -ve.
2. Seasonal Low:
The NW plains heating picked up initially, but stabilised again, as WDs started streaming in.
After the early summer onslaught, the heat steadied a bit over the North and west subcontinent between MW-2 and MW-3 period. Central India became near normal (No heat wave) 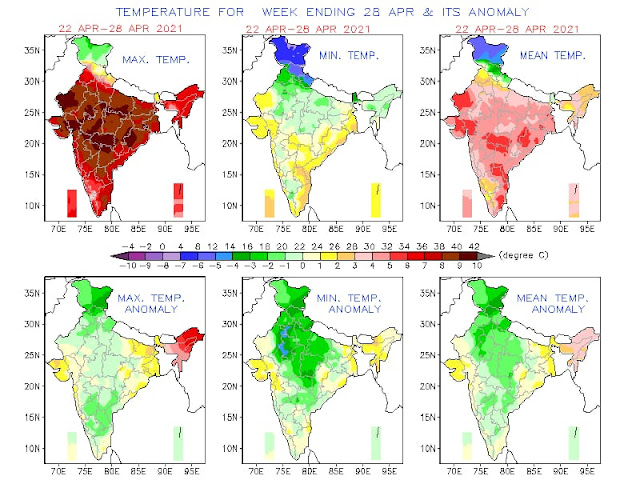 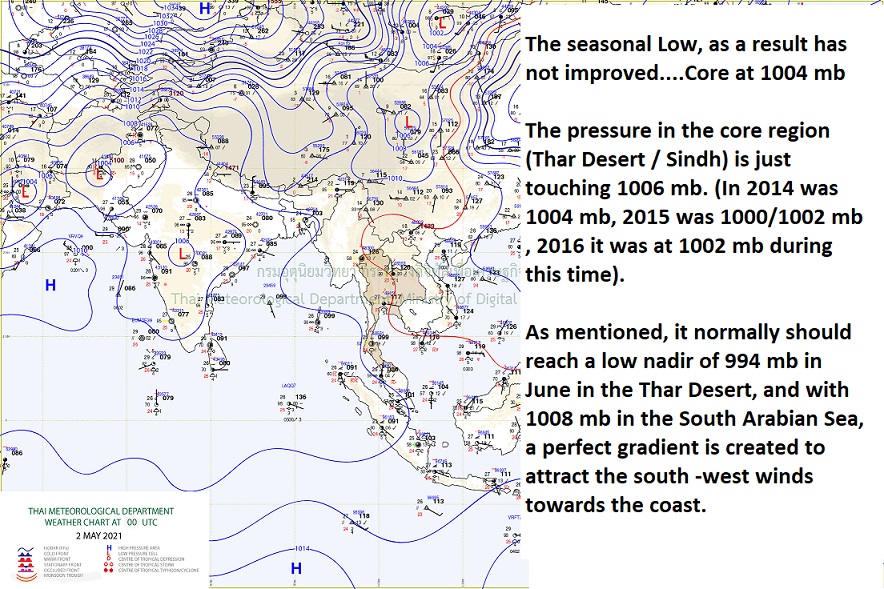 Indicator: -ve
3.ENSO:
The ENSO Outlook is INACTIVE. This means the El Niño–Southern Oscillation (ENSO) is neutral with no indication that El Niño or La Niña will develop in the coming months.
A transition from Weak La Niña to ENSO-Neutral is likely in the next month or so, with an 80% chance of ENSO-neutral during May-July 2021.
Indicator : Neutral
4.ITCZ/LWD:
To bring the existing SE winds above the equator (as SW) , the ITCZ should move northwards. Currently it is just North of the equator. During late April , it oscillated between equator to 5N.
A LWD in the central peninsula region "looks after" the moisture content in the interior areas, and prepares the atmosphere with the humidity required. In reality, this LWD remains till June, in variable phases, and finally merges with the Monsoon trough (axis)/ITCZ  when the ITCZ moves towards the Sub Continent.
Currently, the Line of Wind Dis-continuity is located as a trough, through the peninsula, from Madhya Maharashtra towards Kerala.
Outbreaks of pre- monsoon thunder showers which are expected normally in the southern states and South Maharashtra, are good this year.
Indicator: +ve
5.Jet Streams :
The 200 hpa Jet streams over the subcontinent is the additional parameter to be watched from MW-3 .
The jet streams are to be followed as the westerly jet core shifts to the north and easterly jet stream is formed, over the course of late summer, progressively from south to north of the subcontinent , heralding the progress of south-west monsoon over the subcontinent.
Currently are weakly dis organised  south of 8 N latitude, and Westerly North of 8N in the Araban Sea sector.
In the Bay, they are Just Easterly around 95E.They are required to strengthen to easterlies at those latitudes in the coming days, for heralding the SWM to the South Andaman Sea.

Looking at the current parameters,  the South West Monsoon arrival dates for Andaman will be on Schedule and Kerala a bit early as of now.
South Andamans: 17th May
Andamans Islands : 22nd May
Maldives:  26th/27th May
Sri Lanka: 28th/29st May
Kerala &NE States: 31st May +- 2 days.
Monsoon Watch is reflecting Vagaries' views..Monsoon Watch should not be used/depended upon commercially or otherwise. Monsoon Watch Series may differ from other models.
By Rajesh at May 02, 2021