Virga is rain that doesn’t reach the ground

Posted by Deborah Byrd in EARTH | HUMAN WORLD
We’ve all seen virga, but maybe not known what it’s called. Virga is rain that evaporates before it hits the ground.
Virga often appears in streaks or shafts extending from the bottoms of clouds. You often see virga over a desert, where low humidity and high temperatures can cause rain to evaporate shortly after being released by clouds. Or you might see virga at high altitudes; in fact, the precipitation often starts out in the form of ice crystals.
The word virga is derived from Latin meaning “twig” or “branch”.

It’s an especially dramatic sight at sunrise or sunset.
The photos on this page are from EarthSky friends. 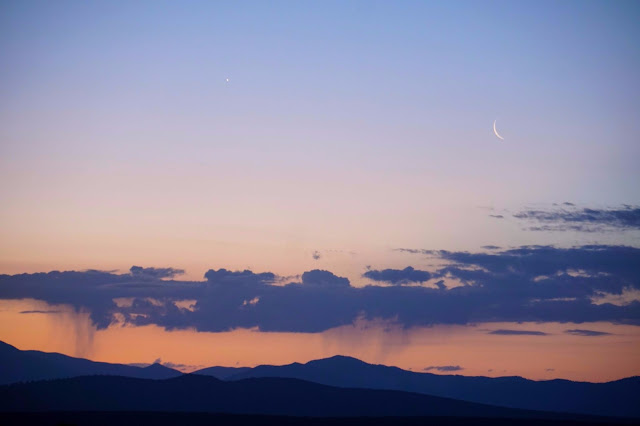 Venus and waning crescent moon at dawn on June 1, 2019 over the Sangre de Cristo mountains near Taos. There is virga near the horizon, extending downward from the clouds.
Was this cloud trying to rain itself out? No rain in sight, 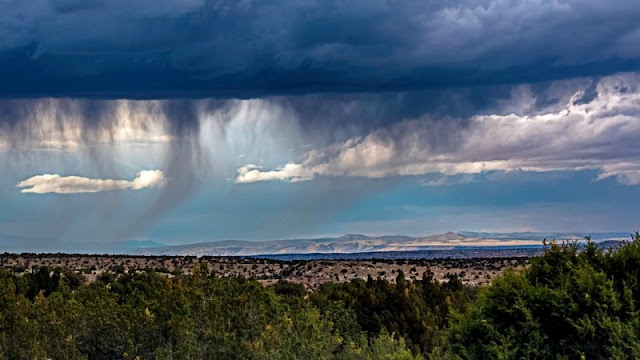 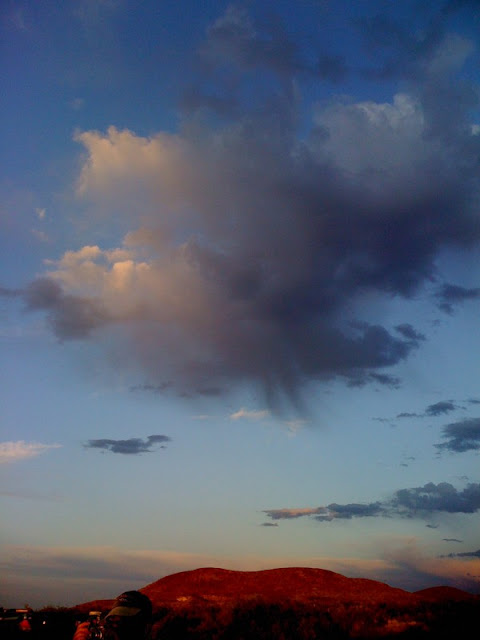 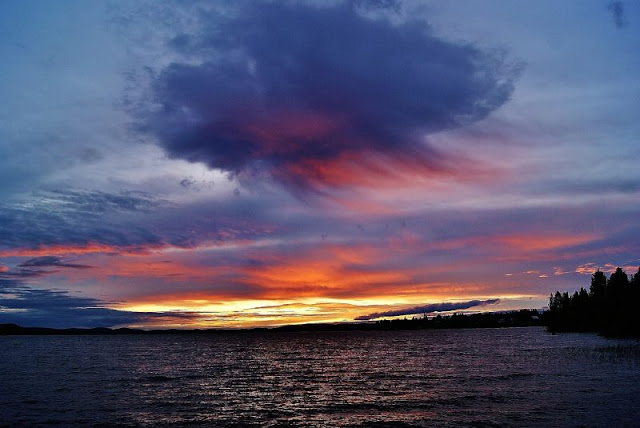 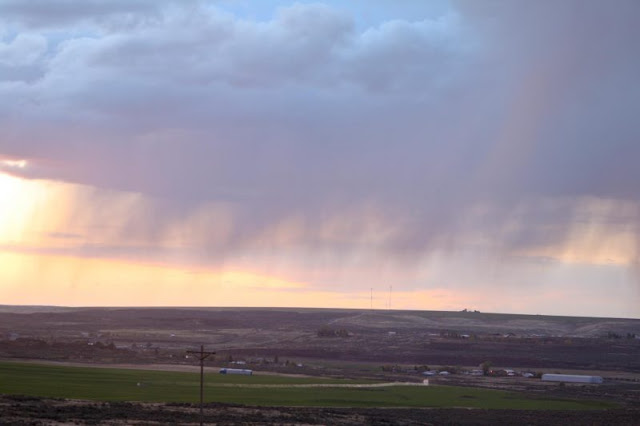