While flying to the U.S. the aircraft took the route flying over the North Pole. From Dubai, the route was NW, and flew past the NP and then Southwards over Arctic Sea, Greenland and Canada !

En-route, I witnessed some of the most UN-believable and amazing views of the Arctic Sea, NP and Northern Greenland. Something rarely witnessed.
Am sharing some of the pics taken from the flight.


These are around the North Pole. The frozen Rivers are seen in the totally frozen Artic Sea. 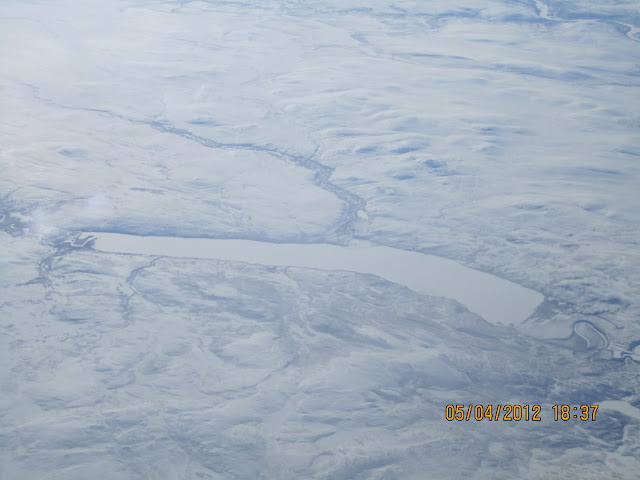 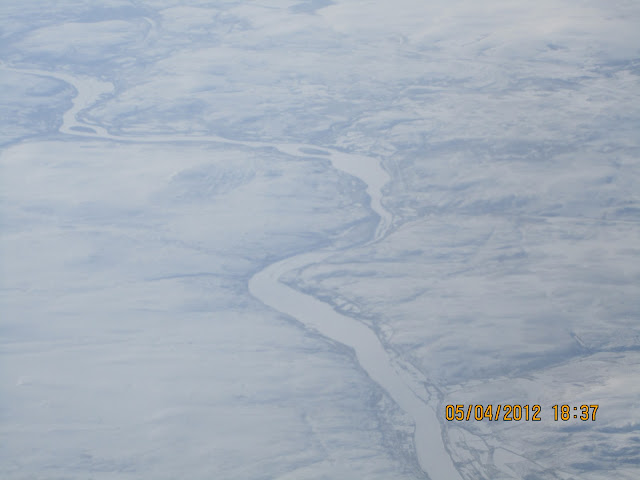 As we fly over the Artic Sea, we see huge chunks of frozen ice, the Sea itself. 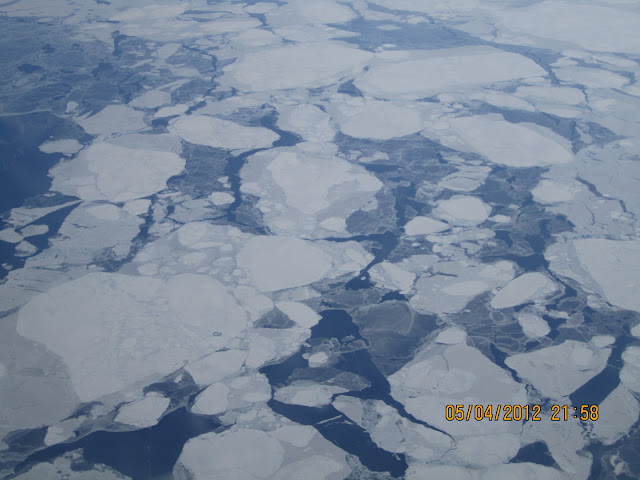 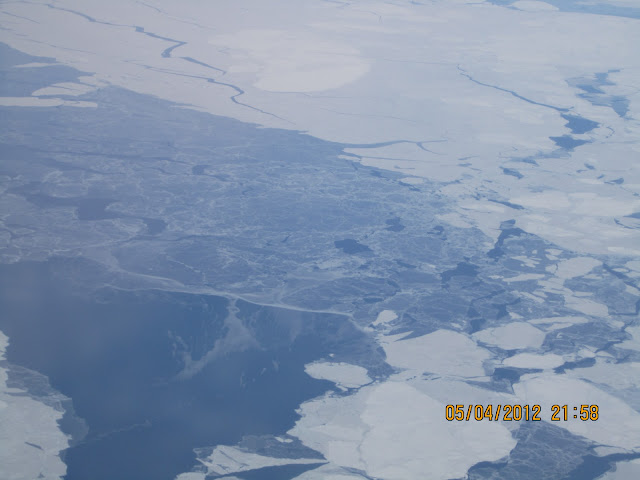 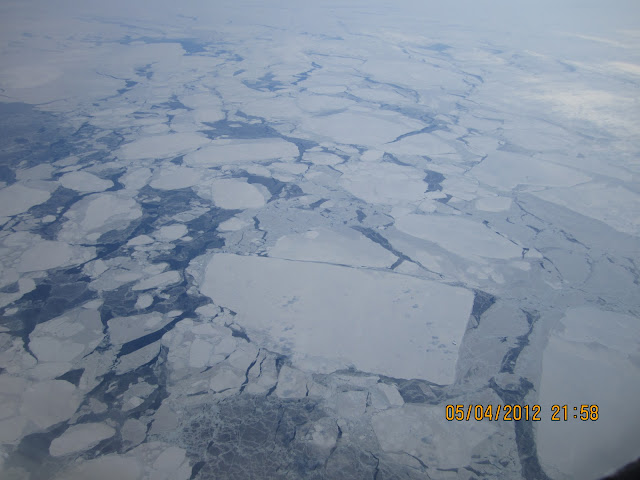 Huge glaciers are seen flowing into the sea. These are formed as we approach land , the Northern tip of Greenland and some islands around. 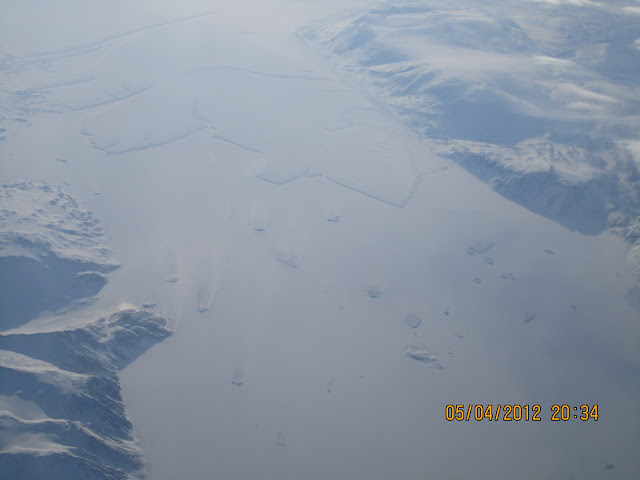 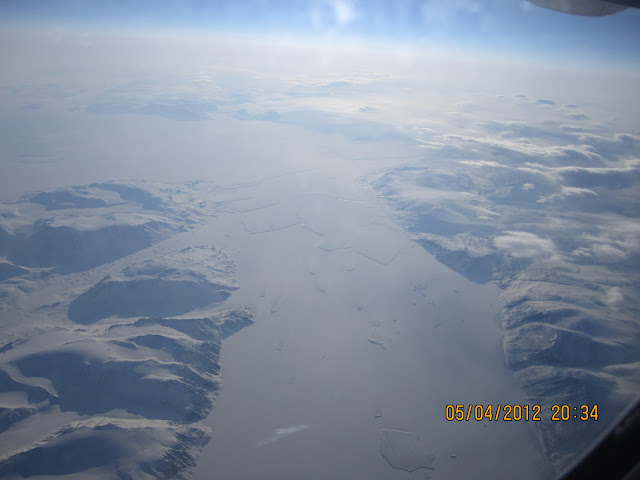 The Northern Parts of Greenland have high mountain peaks, whose ridges are seen here. A river, with 2 streams joining ,and coming from a mountain are seen here. Of-course frozen ! The land temperature is estimated to be -40c . 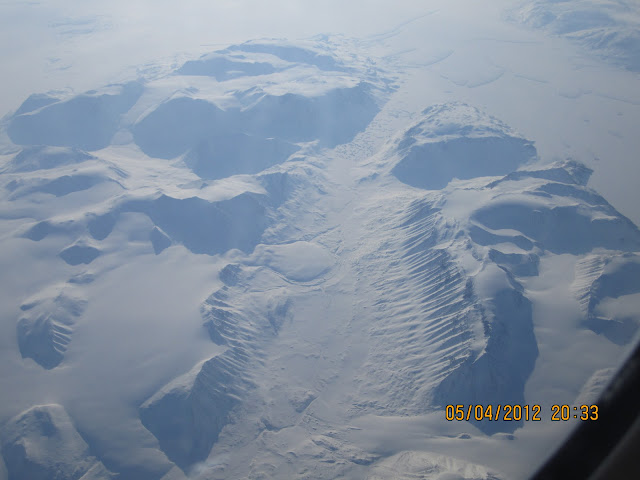 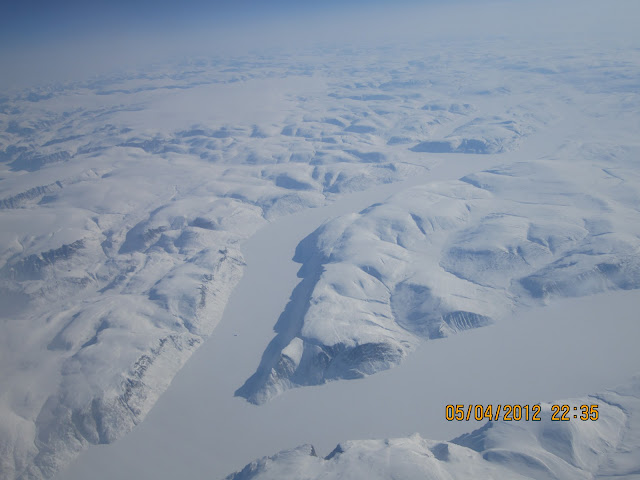 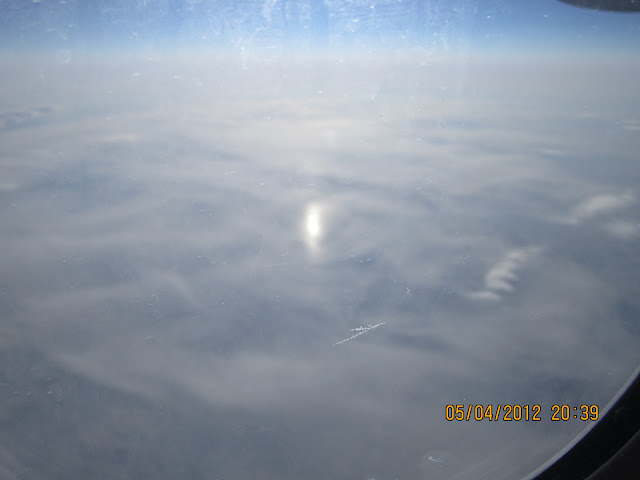 Rains in BanglaDesh:
Thunderstorms and heavy rain in W.Bengal and Bangladesh as estimated in Vagaries' Weekly Forecast put up last Sunday !
By Rajesh at April 04, 2012

Email ThisBlogThis!Share to TwitterShare to FacebookShare to Pinterest
Labels: Archives

Rajeshbhai, God Varuna (Holy Mascot of all mariners & monsoons)will be dispointed to see you away from his area of operations........potey

Poteysab, God Varun is covering the complete earth..can see Him here too, and en-route as you will see the pics put up..Thanks.

Rajesh - thanks - unbelievable Natures beauty. How great if we get some of this water for our parched lands.

Karanataka faces worst drought. Same as last 3 years. This year any chance of getting decent rain? Last year rain axis failed between 10degree - 20degree latitude. What is the reason for change of weather currents or patterns. Infact Bangalore did not even receive pre-monsoon shower. Temperature same as Rayalseema.

This clearly shows in next few years south India (Karnataka,AP,TN) is moving towards desertification but Maharaashtra[most extreme) ,Guj,Raj,MP will witness extreme wet weather.

These are seriously some of the best pics ever...do every flight going towards the U.S pass through the north pole???

Also wanted to ask u about this report which came in today's TOI..

what is this monsoon mission project??Is this accurate?Also it says el nino might kick in by the end of monsoon...your thoughts??

Thanks Ganesh, Shitij, sset and Ron.
Ron: Thanks for the ToI article. This method MMp is in use since the last 3/4 years. It takes 8 parameters.Previously, IMD was using the Gowariker Method for Forecasting with 16 parameters (which I rely on for 90% accuracy).
There are several methods, a combination of which I use in the MW series.
Keep the related articled coming, very useful.
sset: Shall discuss Monsoon watch in the series from 10th.I have mentioned that I do not see deficit this year.

larger than life pics sir .... awesome work , and i have saved all these pics in my library /