Sunday was a cold day for Mumbai: The day's maximum was 23.8c at Santa Cruz and 24c at Colaba. A very small rise from the previous minimum which was 21.6c at Colaba and 21.0c at Santa cruz.

Mumbai: Seeing a very hazy and dusty Sunday. due to the dusty winds streams blowing in from the NW, dust from the Balochistan  region and U.A.E. is blowing into Gujarat & North Konkan. 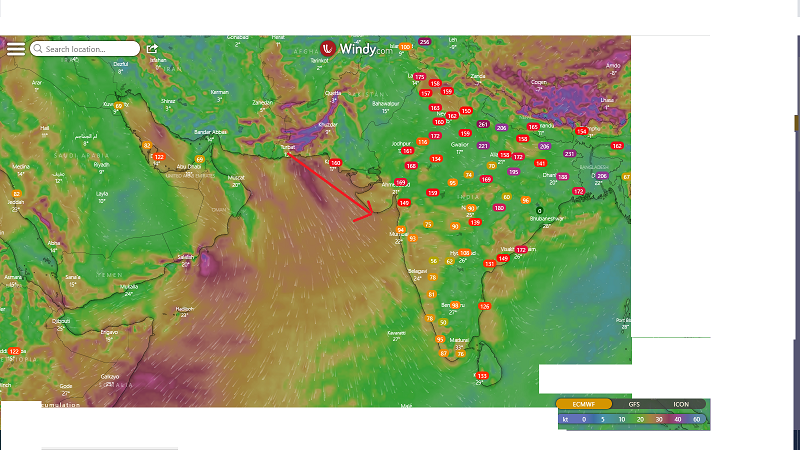 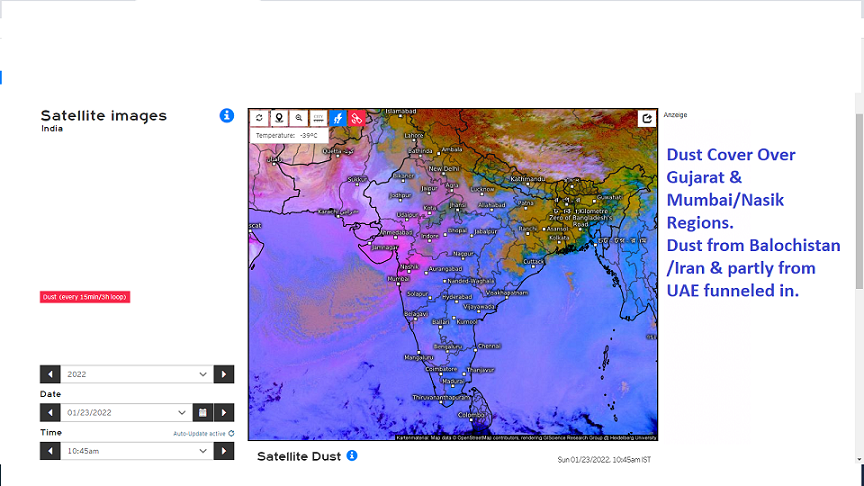 Humidity in Mumbai drops to 51% and air quality deteriorates. (This is a natural phenomena.)